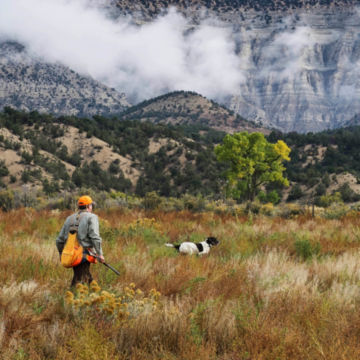 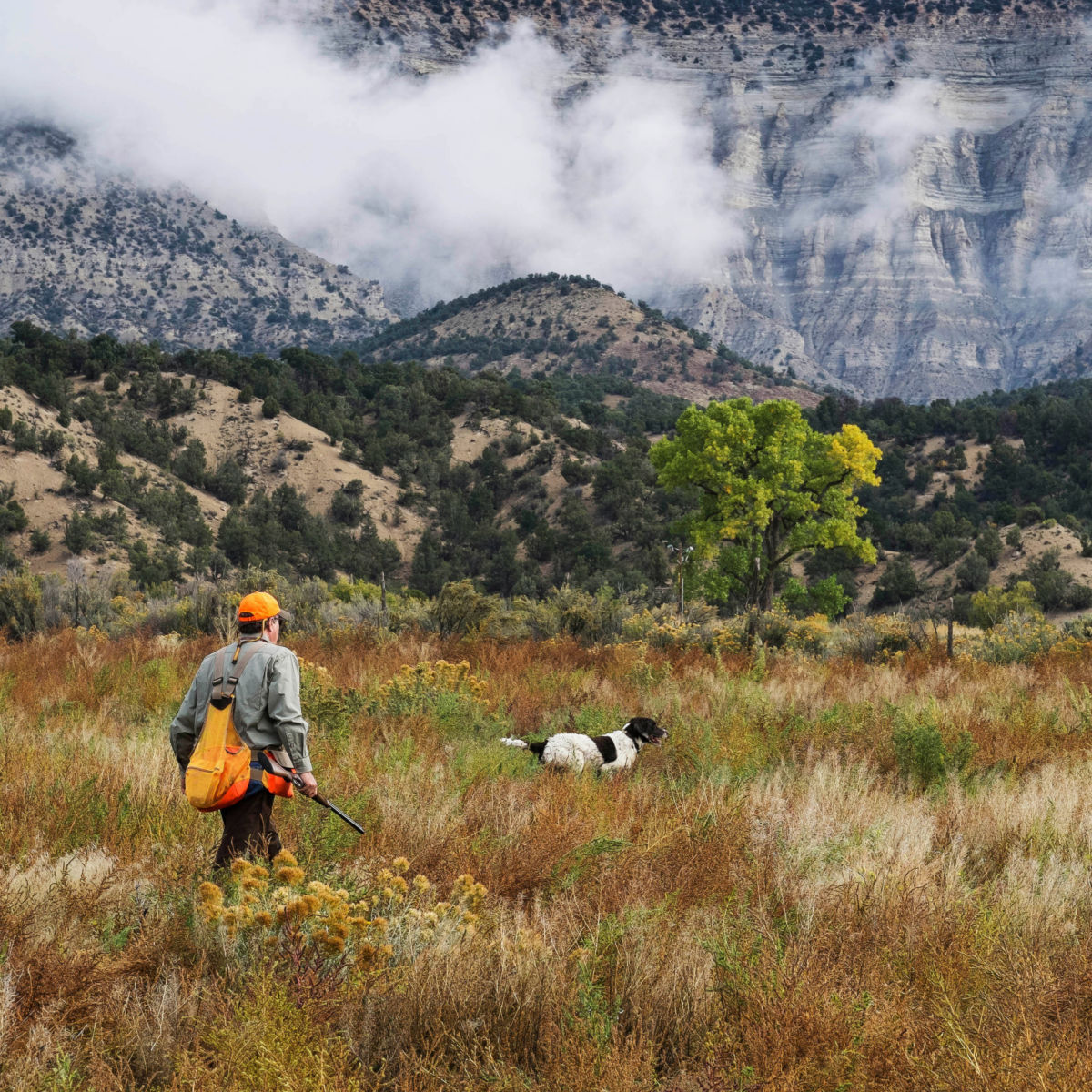 At an altitude ranging from around 5,000 to 9,000 feet, this is an ecosystem consisting of a large, central valley with astonishingly beautiful mountains and adjoining valleys, each lush and fertile in its own right. Hunt wheat and rye fields, creek bottoms, and sage and oak-brush flats for wild and early-release pheasant, chukar and Hungarian partridge, and quail.

The Ranch, sitting on the western slope of the Colorado Rockies, is in high desert and temperatures can be comfortably in the high 70's in September. Many later fall days will be in the slightly cool 50's range, and heading into December the temps can drop into the lower 40's when you'll definitely need a jacket. There is minimal rainfall during these months, although from late October to February there is always a chance of a light dusting of snow.

The High Lonesome Ranch is a ruggedly scenic western landscape with some of the finest wing shooting in North America. Hunt pheasant, chukar, and quail with our typical brace of an English Pointer and Labrador Retriever, that are perfectly suited to our terrain for this kind of bird hunting. Hundreds of acres of pristine upland coverts include tall wheat, sorghum, and rye fields, creek bottoms, sage, and oak brush flats. Cool, crisp days in our North Dry Fork Valley offer incredible cover for the birds and excitement for the pairs of dogs to do their energetic work. HLR Fin & Feather Expeditions offer guests the diversity of wing shooting and fishing other rivers around this big beautiful neighborhood on the same trip. Laid-back luxury lodging and world-class local farm-to-table dining make it exactly as wild as you want, no more no less.