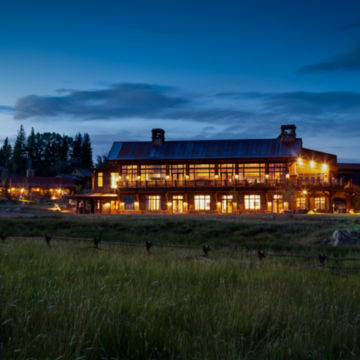 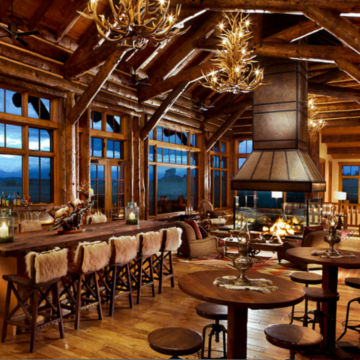 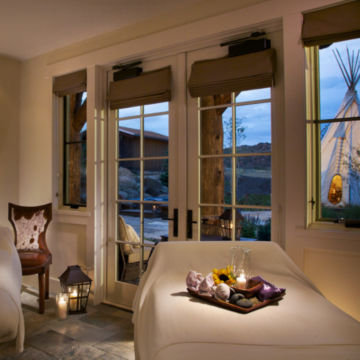 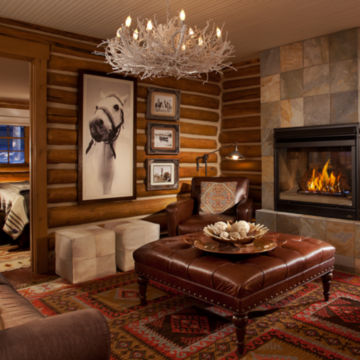 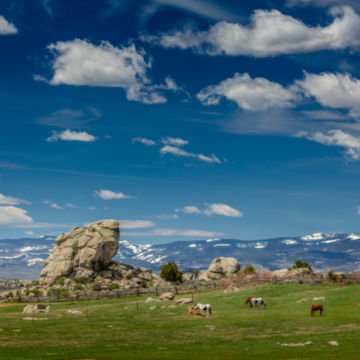 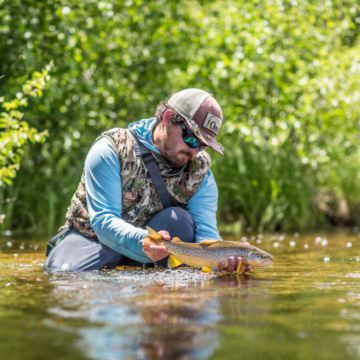 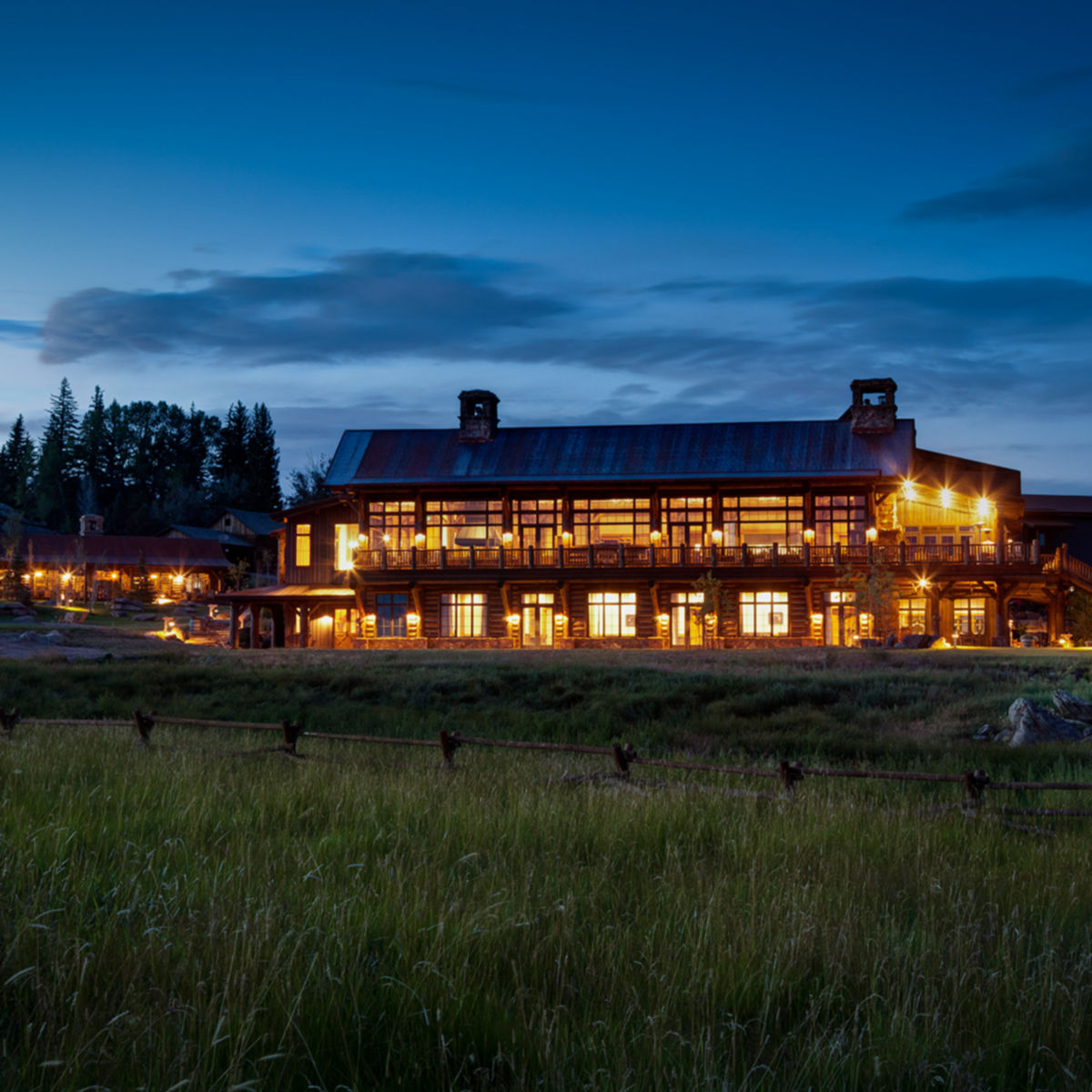 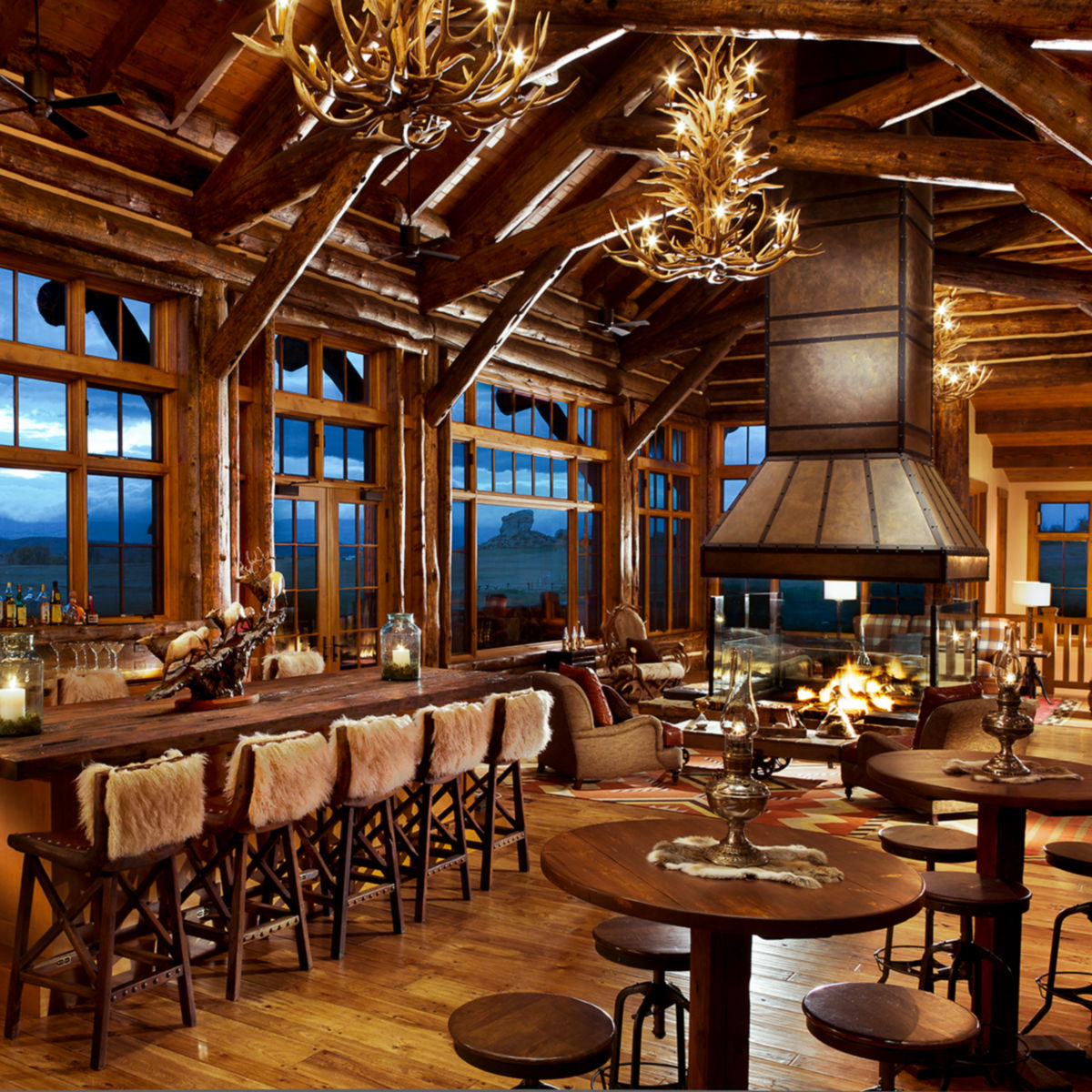 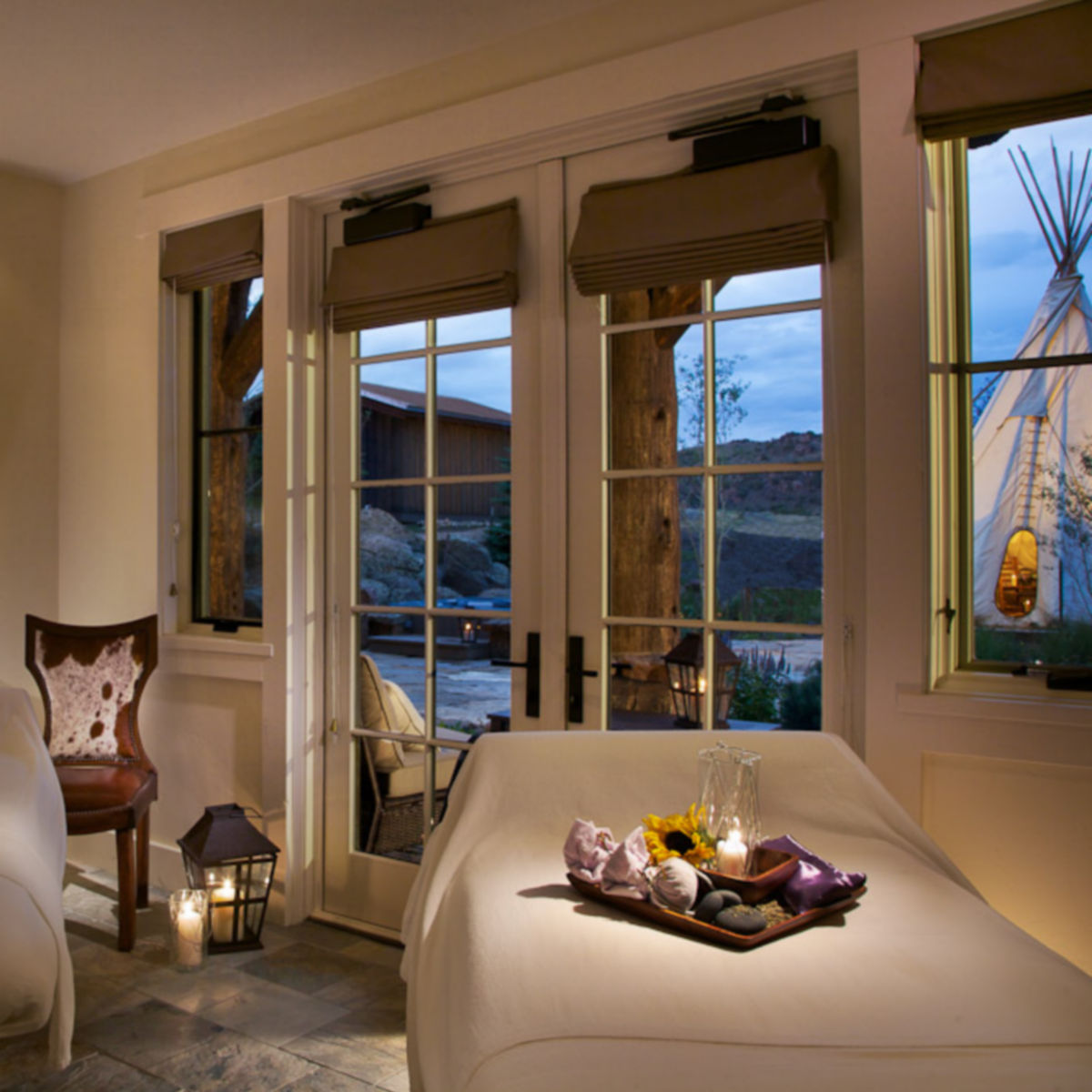 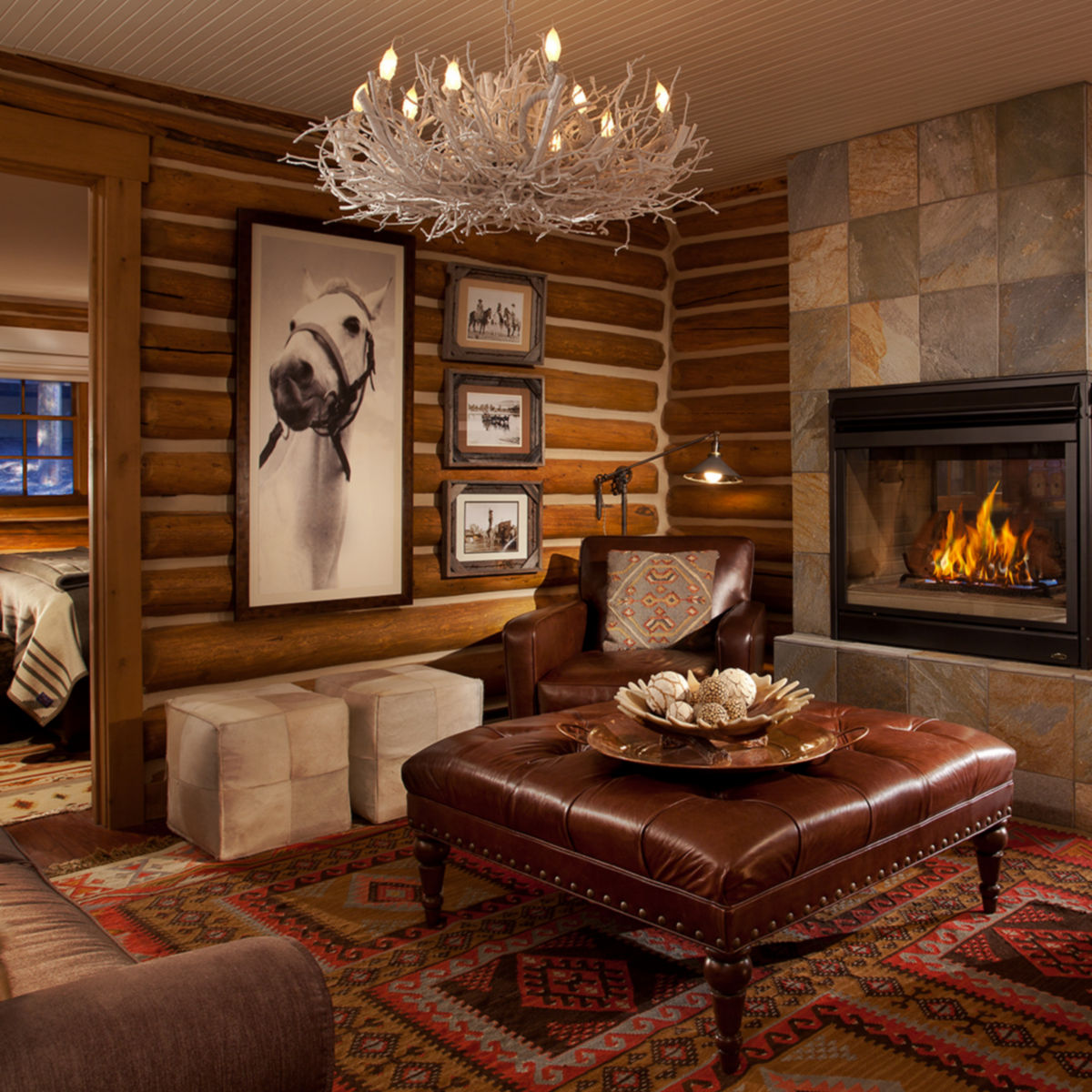 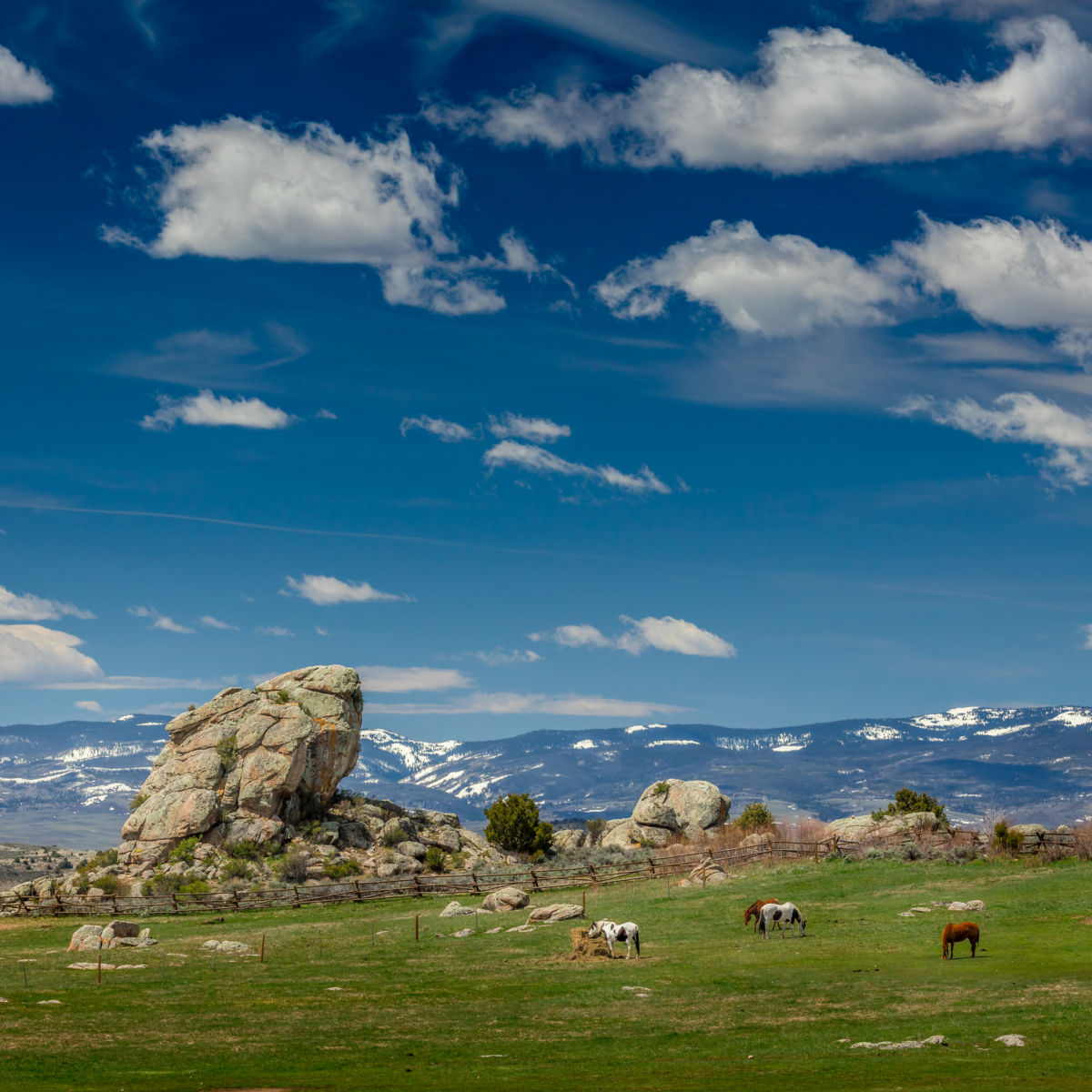 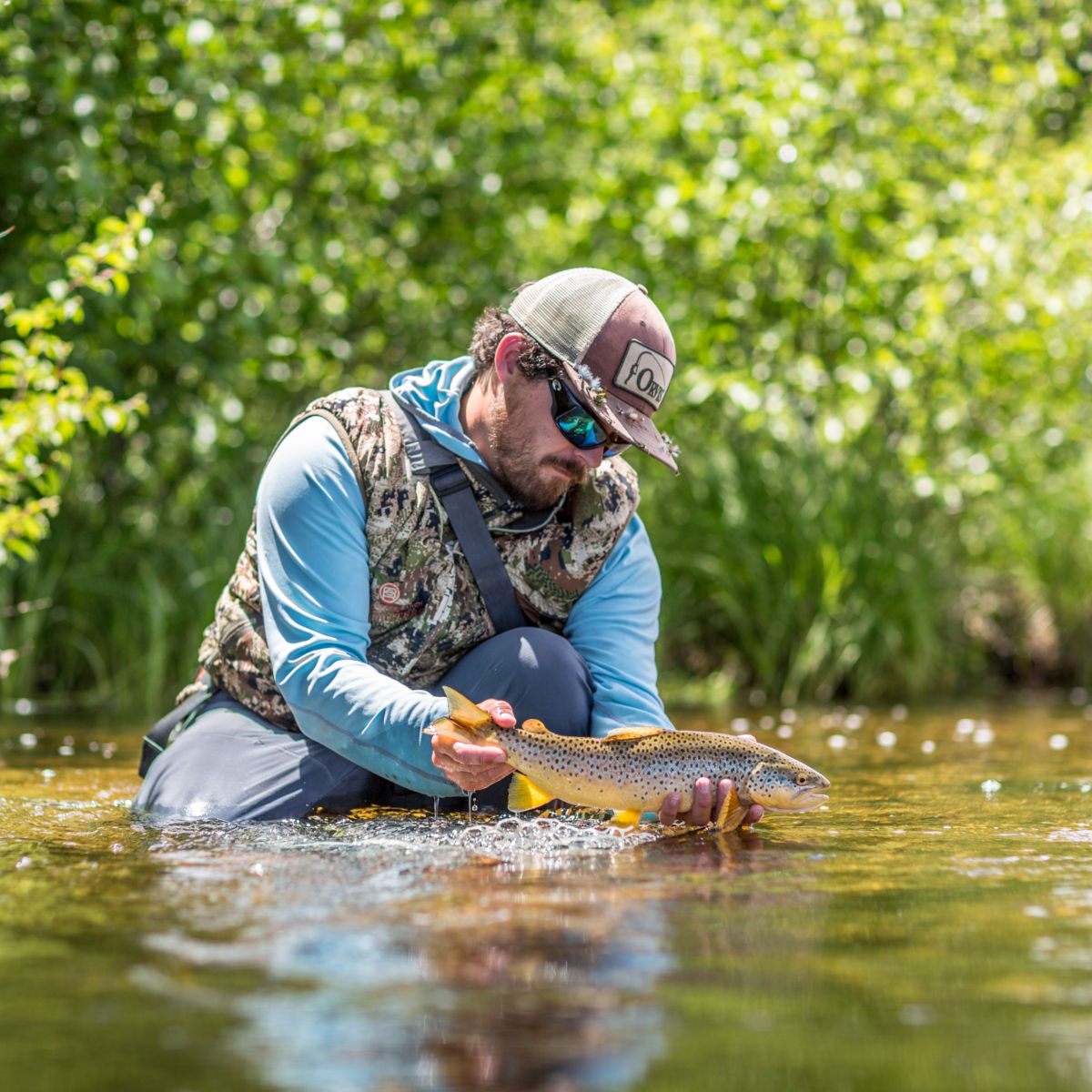 The North Platte River watershed is revered as one of the most iconic fly fishing destinations in North America, as well as the world. Flowing through expansive canyons and sloping valleys, its tributaries, including Brush Creek, French Creek, and the Encampment River, offer over 20 miles of pristine, exclusive private water access by way of rafts, drift boats, or wading.

Southern Wyoming has some of the most productive trout fisheries in the world, let alone the United States. We are positioned at the headwaters of the North Platte River, which is fed by snowmelt from our neighboring Snowy Mountain Range and Sierra Madre Range. This Blue Ribbon freestone fishery and its major tributaries offer float and wade fishing opportunities on some of the healthiest trout ecosystems in the world as it flows through a spectrum of stunning Wyoming landscapes. From steep rocky canyons to flat rolling sagebrush hills, and everything in between, even the most traveled anglers seldom get to experience such variety of landscape and fishing scenario within a small watershed. Prolific insect hatches throughout the year, thousands of trout per river mile—over 20 miles of private water across 30,000 acres of ranch land accessible by foot and boat—make this a destination fishery for any serious angler.

It's all about trout. Rainbow and brown as the two most common catches, and are usually caught in about the same numbers and ratio. Certain areas can be more prolific with one or the other species, but it's usually a relatively even split. On occasion you'll find a rogue brook trout or cutthroat trout, but they're not super prevalent within our fisheries. Your “average” North Platte River trout is usually a very healthy 12-16 inches with each summer, always bringing a handful of trophy trout over two feet long. The ecosystems of the North Platte River, the Encampment River, and their major tributaries are so healthy and have such an abundance of food that these trout grow large relatively quickly.

The driving mantra behind our sustainability efforts at the Ranch is “Educate, Enhance, and Enjoy.” Our stewardship plan is designed to promote responsible ranch management. We educate guests about the land and thereby improve the ecological health of Brush Creek Ranch and its surrounding areas while allowing them to fully enjoy all we have to offer.

Our luxury dude ranch accommodations combine legacy, tradition, and heritage with modern extravagance. The original homestead architecture and design motivated the present build of our log cabins and lodges. Authentic, western exteriors are accompanied by modern amenities and lavish accents to favor your ultimate comfort. Our accommodations provide a seamless semblance of the “old west” while maintaining luxury.

With 33 individual units, our Wyoming lodging options include 11 elegant two- and three-bedroom log cabin residences, 13 spacious rooms in our Trailhead Lodge, and nine fully-refurbished cabin suites. Inquire about group buy-outs for up to 150 people.

Our gourmet culinary experiences are continuously evolving. Drawing inspiration from our rich, Western heritage, each sumptuous meal is crafted by our expert chefs with your dietary needs and preferences in mind. Whether enjoying a meal at the Trailhead Lodge, Chuckwagon, or Cheyenne Club, our ingredients are plucked straight from our ever-expanding greenhouse and reflect the sophistication of our thoughtfully-designed Wyoming resort. All meals, along with premium wine and spirts are included in the price of your stay at the ranch.

Being rated one of the top USA resorts is no simple task, and, when you're here, the hard work it took to achieve such a prestigious accolade becomes evident. Vacationing at our ranch means all-inclusive access to a host of lodging, amenities, food and beverage, and a vast array of activities, all unfolding over 30,000 acres. All-premium gear for fly fishing, or any of our multitude of our activities, is always provided free of charge.

You are always welcome to bring any of your own gear that you would like. However, we outfit all of our guests with premium Orvis equipment and tackle free of charge. We use only the latest Orvis rods, boots, and waders along with top of the line flies and tackle.

We always recommend bringing applicable clothing for our climate given the time of year of your visit. Any and all gear you could potentially need for our activities will be provided by our outfitting staff.

It's safe to say that fishing within our valley is always good. With such a variety of fisheries and drastic changes in elevation, you can always find a productive spot somewhere at any given time of the year, if you know where to look. That being said, we have several windows of time throughout the season that can be particularly good on the water.

Mid-March to Mid-May
Once we hit the month of May the temperatures warm to the point that the high country snow starts melting which begins runoff. The word 'runoff' typically scares most anglers, however, in the Platte River Valley we fish right through runoff. The majority of our fishing is done via boat as wading this big water isn't always feasible. Yes, the water might be high and off-color, but we target the banks and slower stretches and use brightly colored streamers and large nymphs. This is the time of year we witness the prolific Salmon Fly hatch on the North Platte. These massive aquatic insects hatch for up to 2 weeks and make up a huge portion of our trout's yearly protein intake. This time of year is always the most productive time of year on all of our stillwater fisheries. Runoff typically peaks during the first week of June, for the remainder of the month water levels drop and clarity improves and we see more and more caddis, yellow sallies, PMDs and the famed green drakes in late June. Mid-to-late June is a very versatile time to fish the valley with float and wade options and the ability to throw nymphs, dries, and streamers within any given day.

Early to Early August
During mid-July to mid-August we experience the heat of our summers. This often causes water temperatures to rise and fishing to slow down. On a low water year we are forced to restrict our fishing to the mornings only, once water temperatures reach 68 degrees we stop fishing in order to decrease the amount of stress put on our fishery. With that being said, we still see some very productive fishing during this month. Tricos start to hatch in prolific proportions on the North Platte and Encampment and terrestrials (hoppers, beetles, ants) become a staple in the trouts diet. A typical day starts with the trico spinner fall where hundreds of fish can be focused on the surface offering technical, but rewarding, dry-fly fishing. Float fishing becomes less viable as water levels drop and we start to focus mainly on wade fishing. This is a great time of year to escape the heat and head to the high country to find cooler water and more active fish.

Mid-August to Late September
This is by far the most consistent time period to fish our valley. Once we hit mid-August, water temps start to drop and fishing is phenomenal. The trico hatch usually starts dwindling down by early to mid-September and we start seeing more blue-winged olives (BWO). Terrestrials typically stick around until late September. Hopper-dropper rigs are the go-to this time of year and we focus mainly on wade fishing the upper stretches of the North Platte and all tributaries. Fall fishing is hard to beat in our Valley!

October to Late November
Once October hits, the only variable we worry about is the weather. Fishing can remain productive until the water freezes. Brown trout spawn in the fall which offers a great period of fishing as they prepare for the spawn and look for big meals, thus offering some excellent streamer fishing. All fish sense the colder temperatures and know winter is around the corner, causing them to feed heavily. Aside from an errant snowstorm, early to mid-October typically offers mild weather with cold nights and daytime highs averaging in the 60s. Once we hit mid-October, you start rolling the dice with Mother Nature. We say that this time of year 'isn't for the faint of heart' but it's some of our guides and locals favorite time of year to fish.

The only type of fish we fish for is trout. Rainbow and brown are the two most common catches, and are usually caught in about the same numbers and ratio. Certain areas can be more prolific with one or the other species, but it's usually a relative even split. On occasion you'll find a rouge brook trout or cutthroat trout, but they're not super prevalent within our fisheries. Your 'average' North Platte River trout is usually a very healthy 12-16 inches, with each summer always bringing a handful of trophy trout over two feet long. The ecosystems of the North Platte River, the Encampment River, and their major tributaries are so healthy and have such an abundance of food that these trout grow large relatively quickly.

Saying we typify the American West isn't enough. We are the American West. Nestled on over 45-square miles of expansive, rolling wilderness in South Central Wyoming's North Platte River Valley, you can find us just Southeast of the historic town of Saratoga.

Our ranch landscape combines native sagebrush and pastoral meadows with lush forests of aspen, cottonwood, and conifers. Did we mention the spectacular views of the Sierra Madre and Snowy Mountain ranges? You'll find that here, too.

Our adventures unfold from elevations beginning at 6,900 feet up to 12,000 feet at Medicine Bow's peak, one of the highest mountain elevations in the United States. We deliver our guests adventures for every season, leaving them with memories that last a lifetime.

Thanks for your interest in Brush Creek Ranch, WY. Please let us know your questions below and our team will contact you shortly.