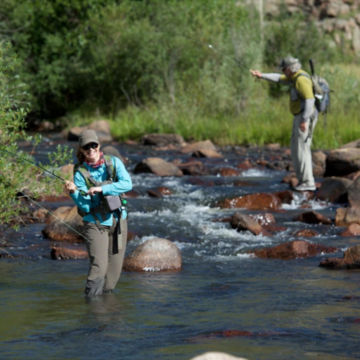 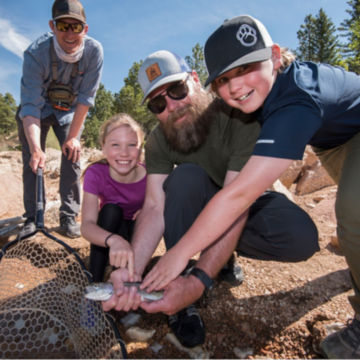 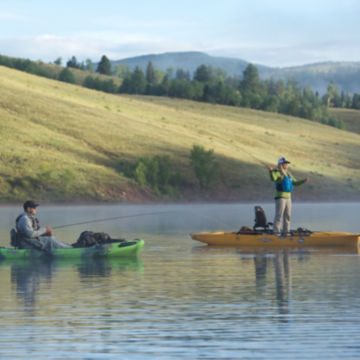 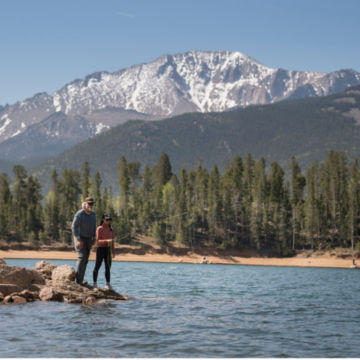 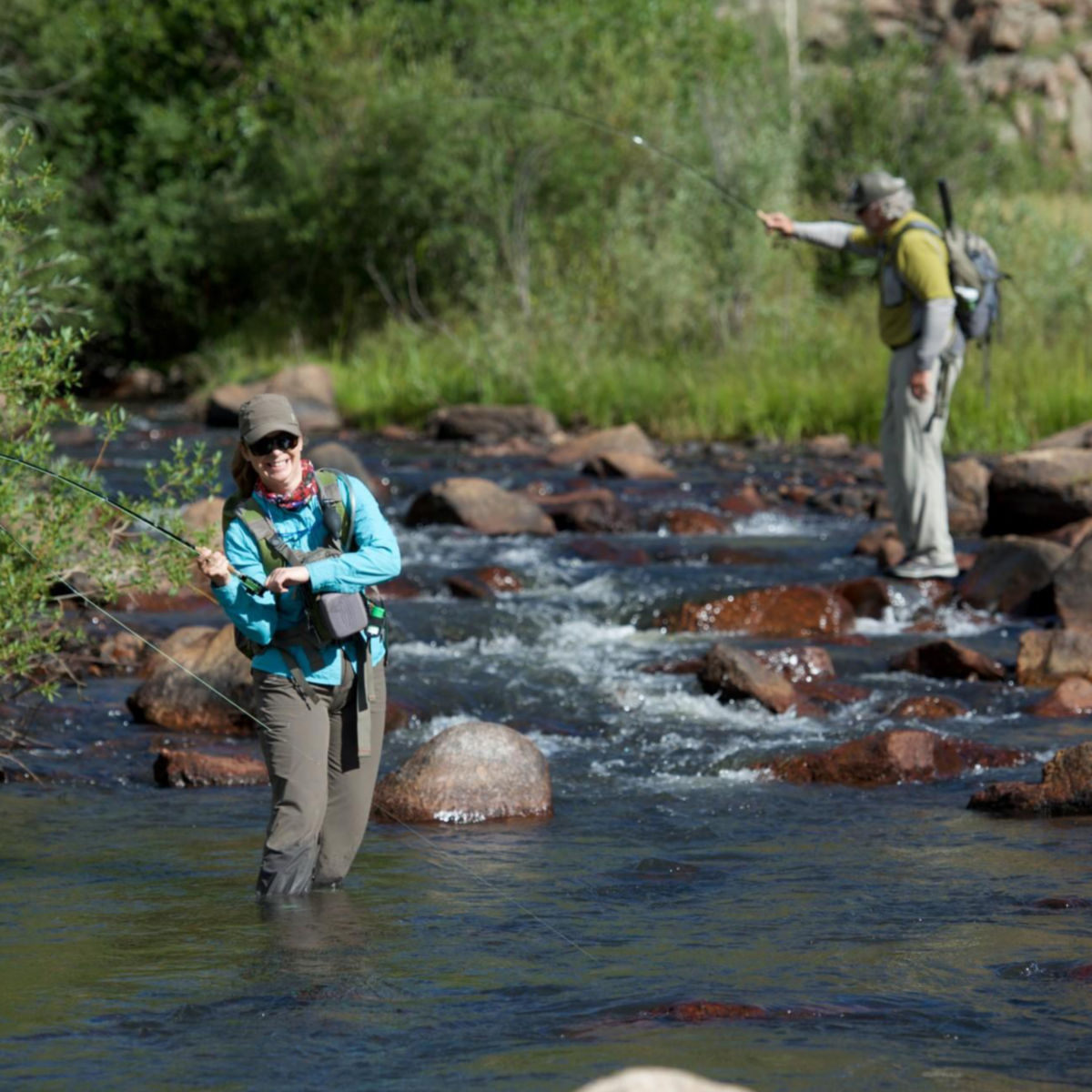 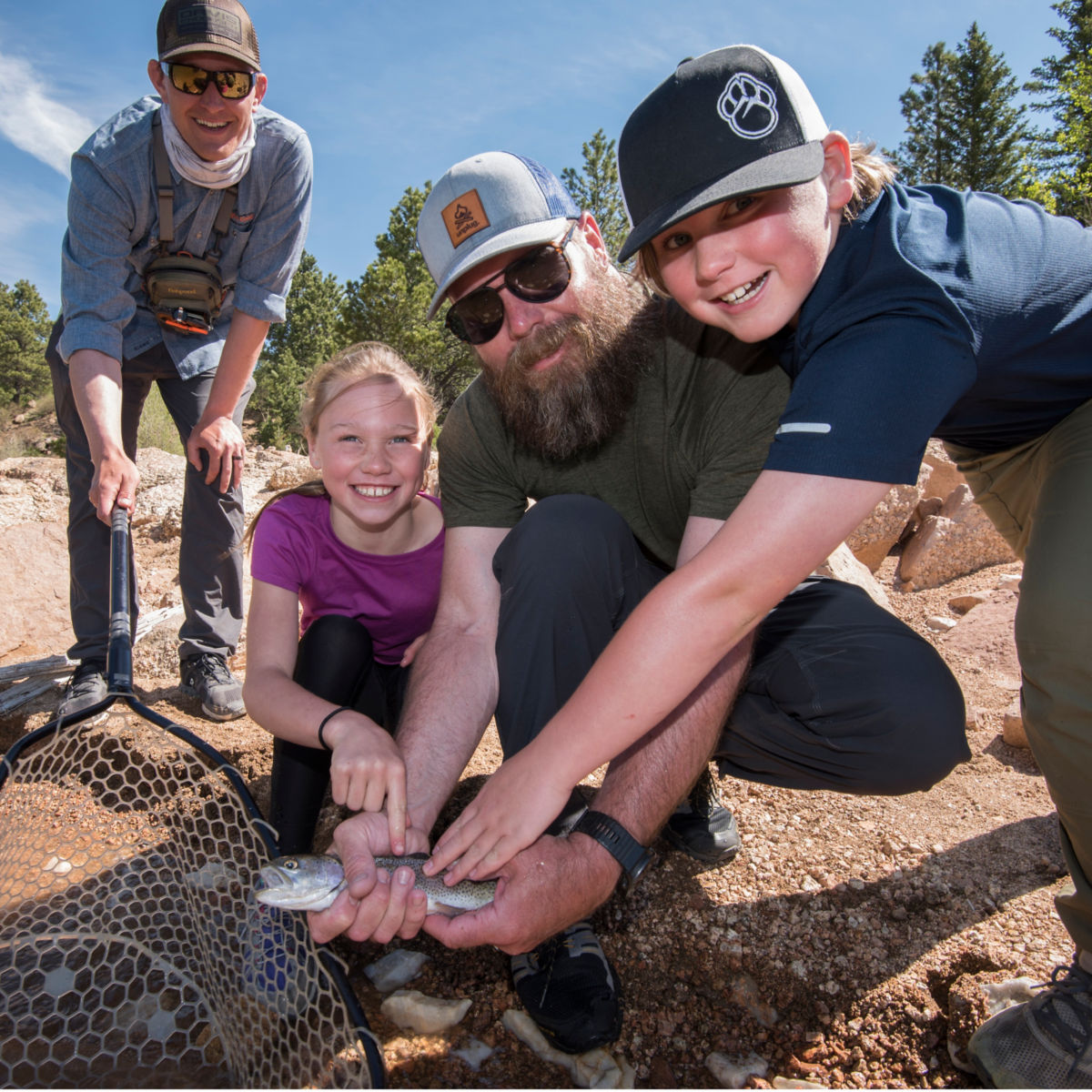 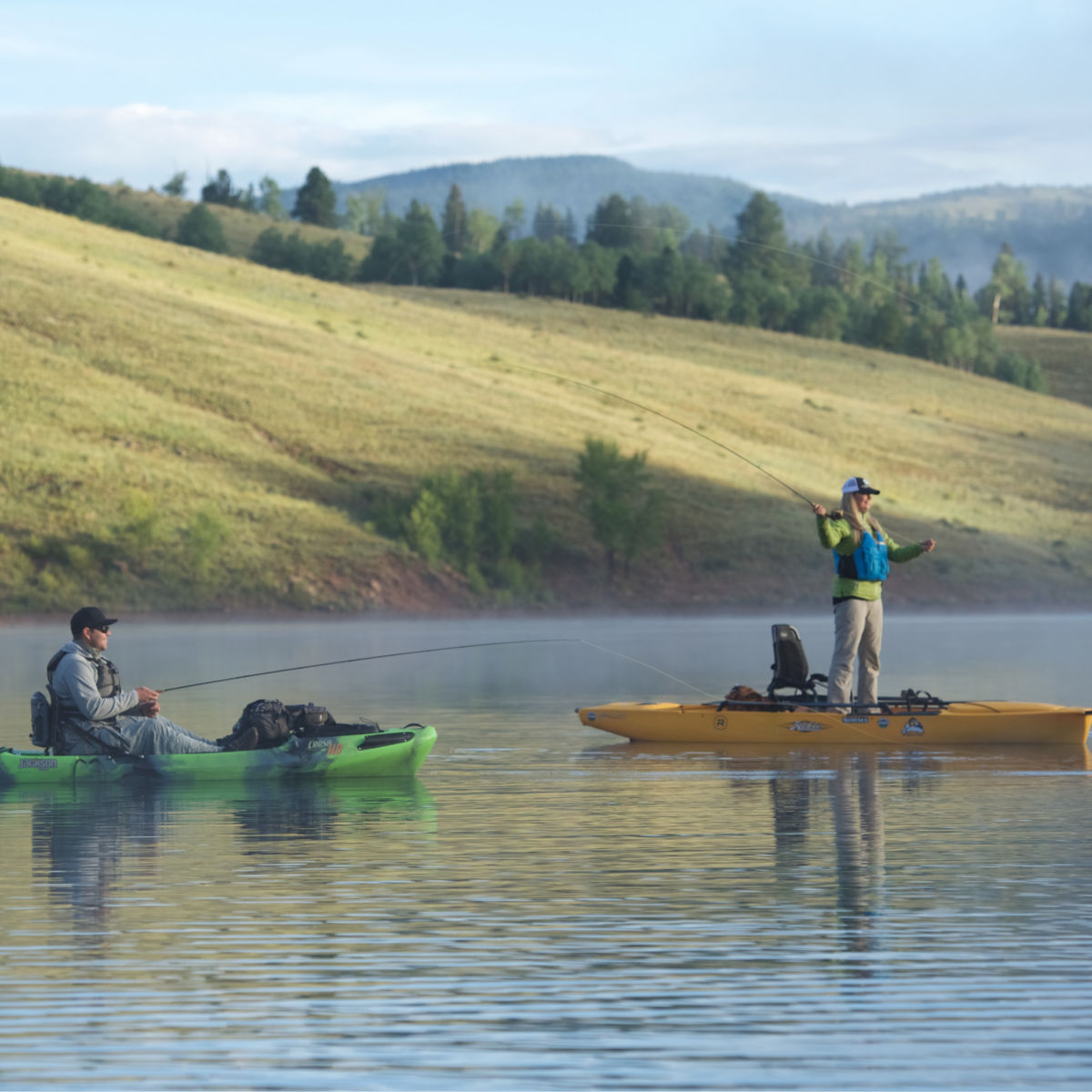 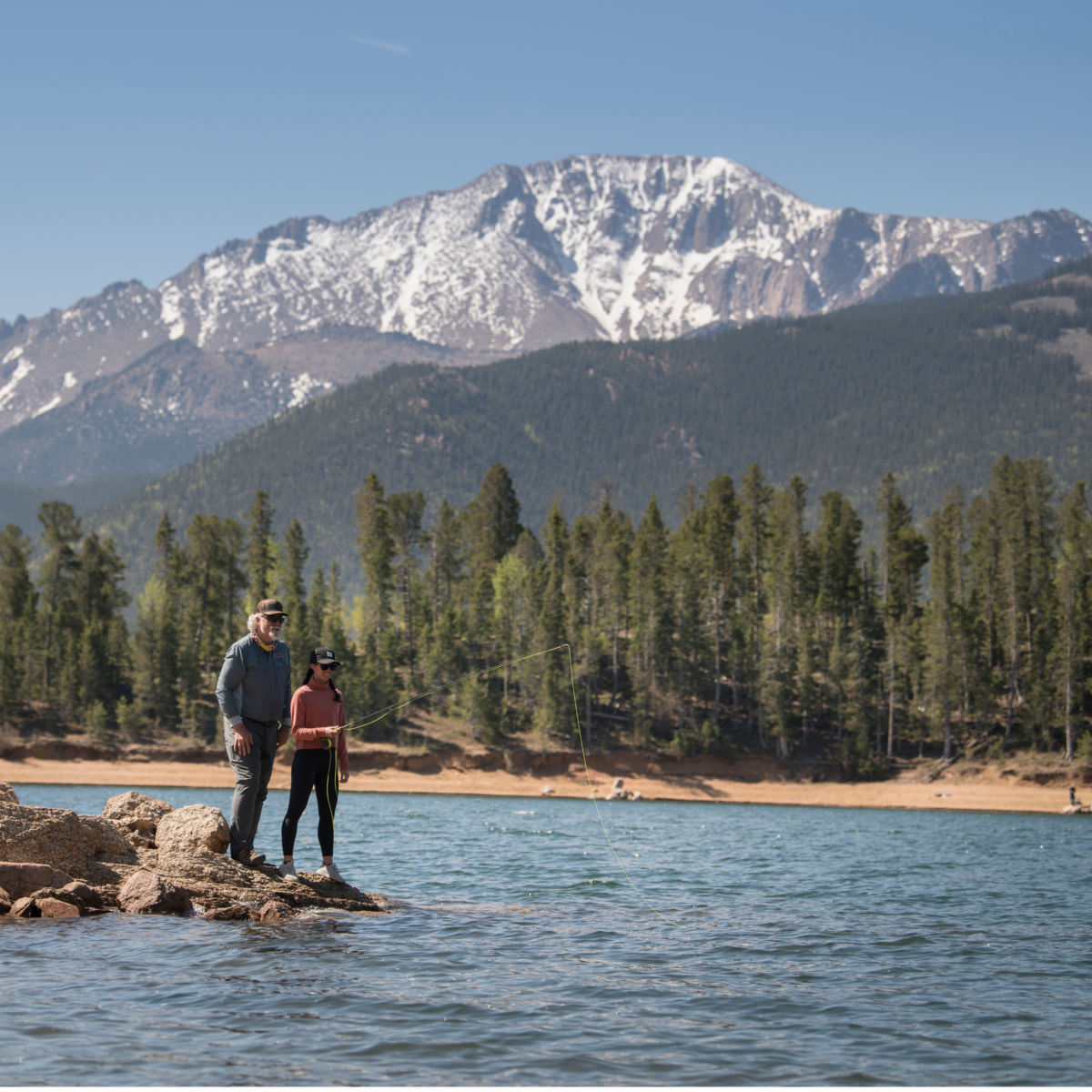 2012 Orvis Outfitter of the Year. 2017 and 2018 finalist for Orvis Fly Shop of the Year. 2019 Orvis Fly Shop of the Year. While we are proud of and grateful for these recognitions, we're more proud that nearly 600 of our clients and customers have given us a 5.0 review over the last decade. From the very first contact until our clients are packing up at the end of the day, we create more than “a fishing trip.” We ensure that our customers and clients have a memorable Colorado outdoor experience with fly fishing at the center.

Angler's Covey carries a large selection of rods, reels, tackle, fly tying materials, clothing, and more to equip you for your Colorado adventure. The two casting ponds right outside our backdoor enable you to cast and compare rods before you buy. Our staff members are all avid fly fishers and are passionate about guiding you to the right gear, whether you are just starting your fly-fishing adventure or are a seasoned angler chasing that elusive fish of a lifetime.

We are licensed to guide in over 28 different locations and can offer a range of guided fly fishing experiences. Our guides have exclusive access to Elevenmile Canyon, and we're one of only two shops with guided trips to Cheesman Canyon. All of our guided trips are customizable to meet your needs: full-day or half-day trips; public or private water; corporate groups or family outings; on unique stillwaters, quiet backcountry streams, or Gold-Medal rivers. Join us on some of the most iconic waters in Colorado, all within an easy drive from Colorado Springs or Denver.

Whether you're a newcomer to the sport or an advanced fly fisher, our staff and guides work with you to make a memorable fly-fishing adventure in the Colorado outdoors. Located on Highway 24 on the west side of Colorado Springs, we're right on your way up the mountain! We have been serving fly fishing enthusiasts for over 35 years, and we invite you into the adventure.

Fly Shop What to Expect Water and/or Terrain Rates FAQs

Angler’s Covey is a 6,500 square foot shop conveniently located on Hwy 24, right on your way up the mountain. Our size enables us to carry a large selection of rods, reels, flies, tackle, fly tying materials, clothing, and more! Our two casting ponds, located just outside our back door, enable you to cast and compare rods before buying.

We design our trips around you – whether you’re looking for large trout, lots of trout, want to hone your skills, or see some amazing scenery on the trip, we do our best to exceed your expectations. Most of our trips are walk and wade, although we do provide stillwater angling with the use of a boat or float tube.

Our guide trips include: (You're welcome to bring your own)

Trips do not include:

What Should Customers Bring:

Species You Fish For By Season:

Year-round we fish for rainbow, brown, and cutthroat trout. We also fish for pike, carp, muskies, and wipers.

Angler's Covey has the largest commercial-use permit for the South Platte River, giving you access to more areas of fantastic trout water including Elevenmile Canyon, Cheesman Canyon, Deckers, the Dream Stream, and more. Much of this is designated Gold Medal Waters. We also guide on the tailwaters of the Arkansas River at Pueblo, the Meadows on the North Fork of the South Platte, as well as some excellent private water.

With over 300 days of sunshine we fish year-round.

Is a fishing license required?

A valid Colorado fishing license is required to fish any of our locations in Colorado, and State Wildlife Areas do require a Habitat Stamp.

Thanks for your interest in Angler's Covey, CO. Please let us know your questions below and our team will contact you shortly.