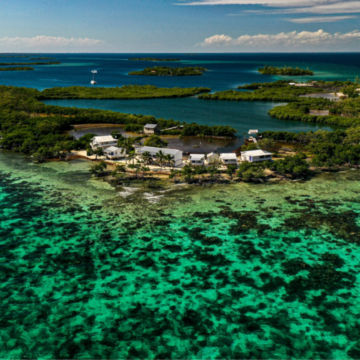 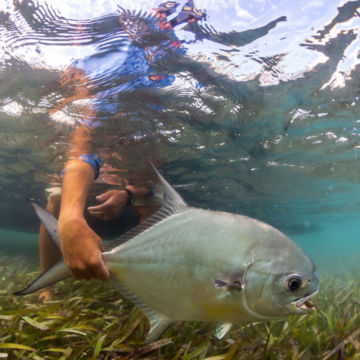 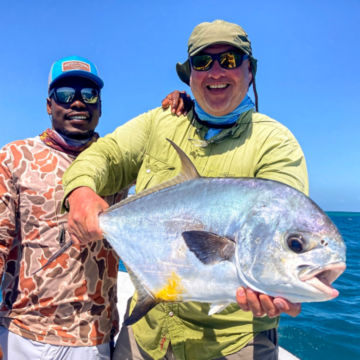 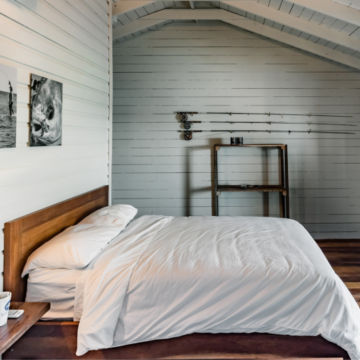 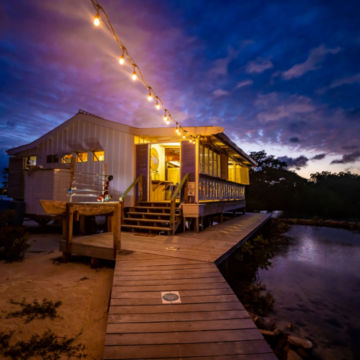 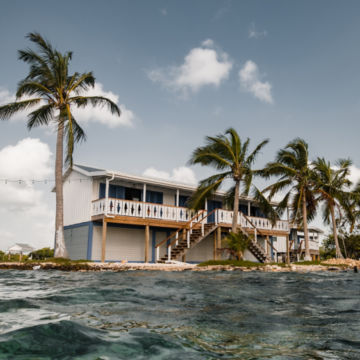 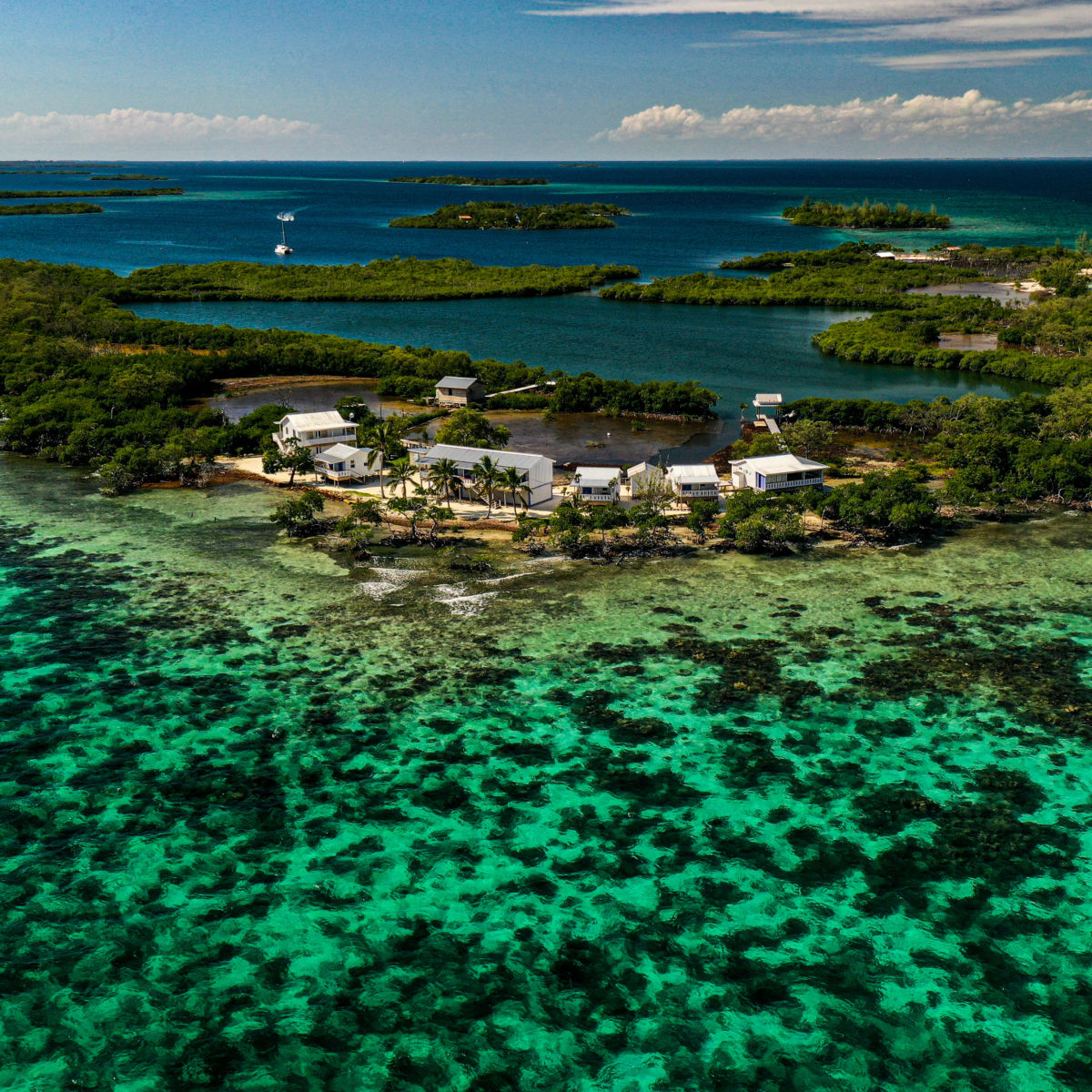 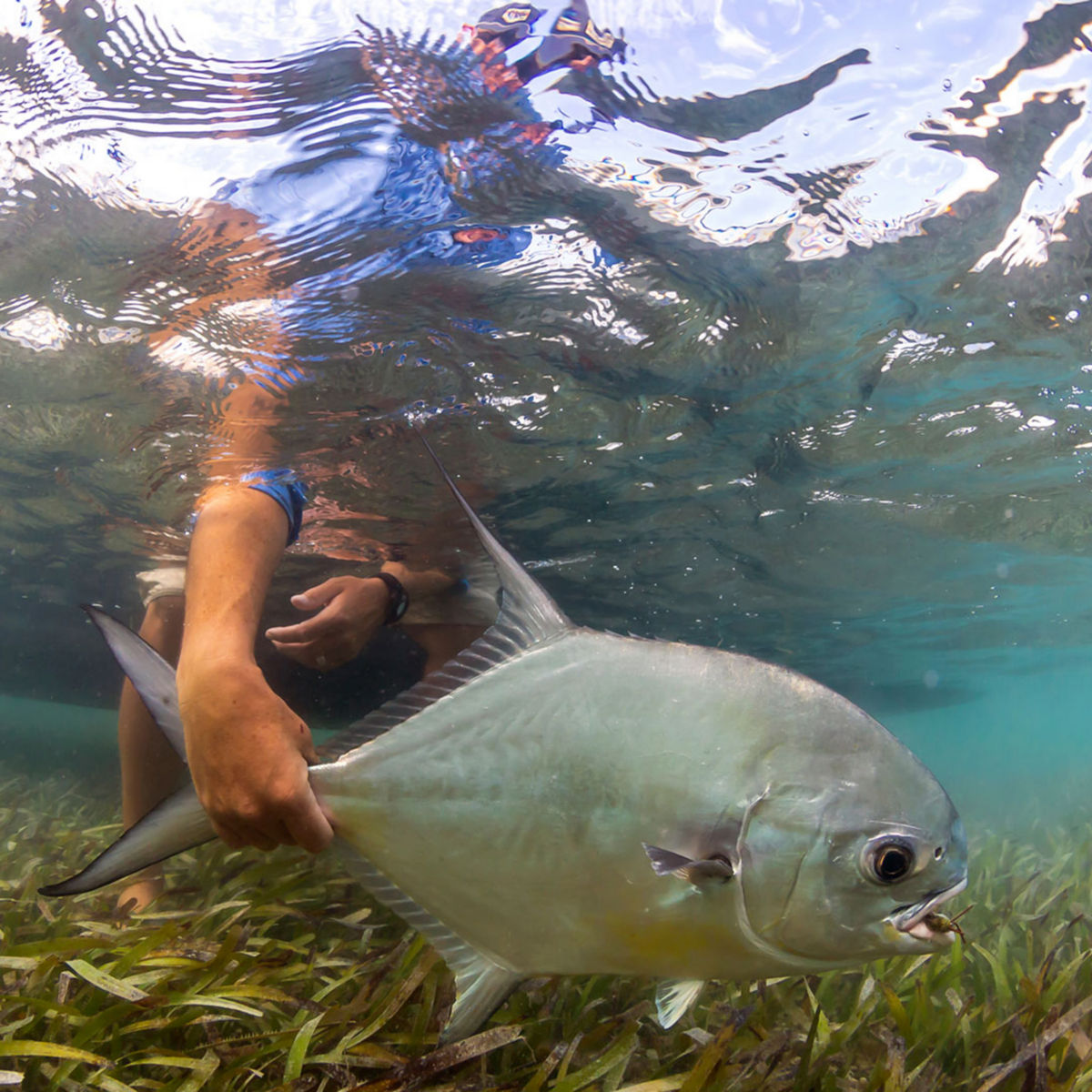 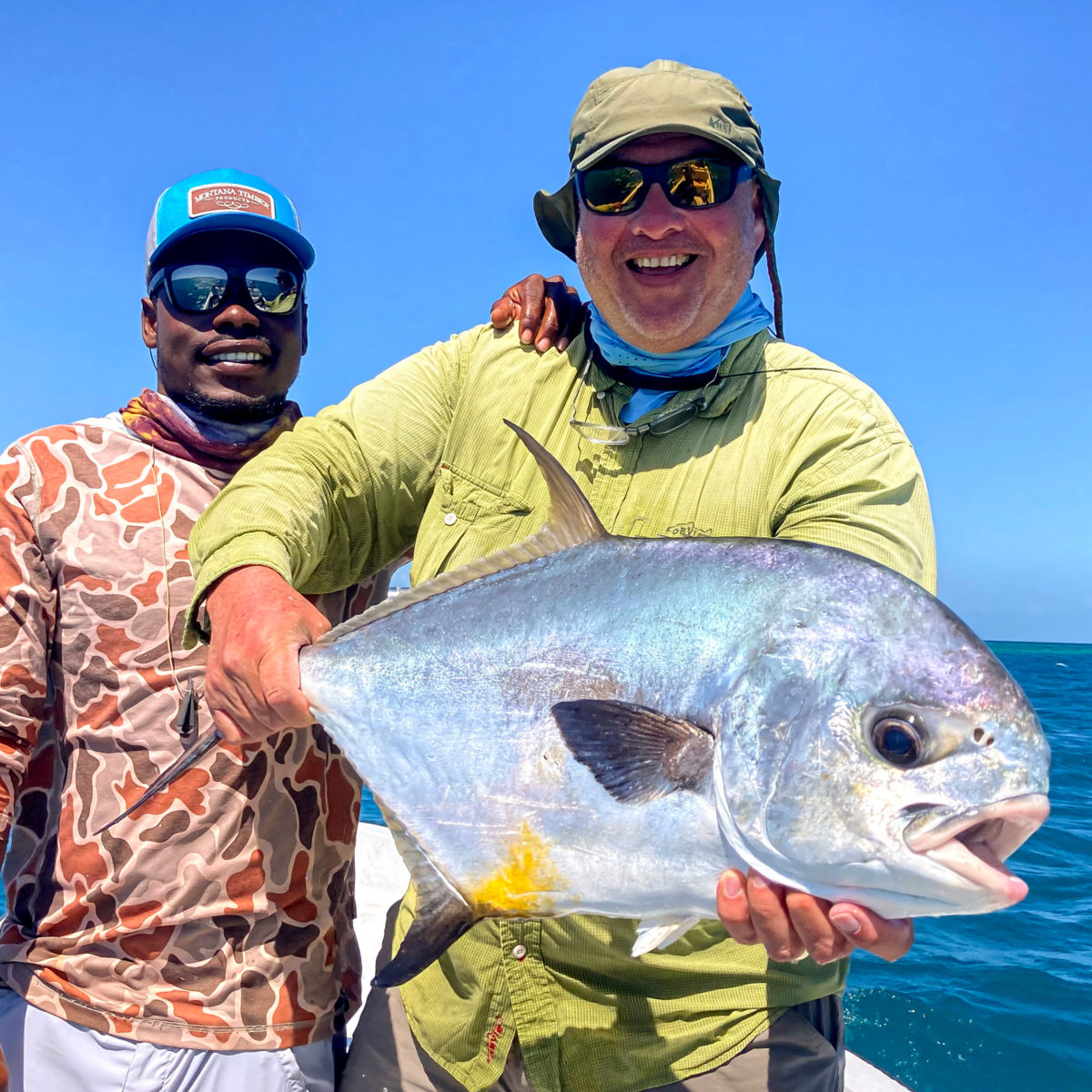 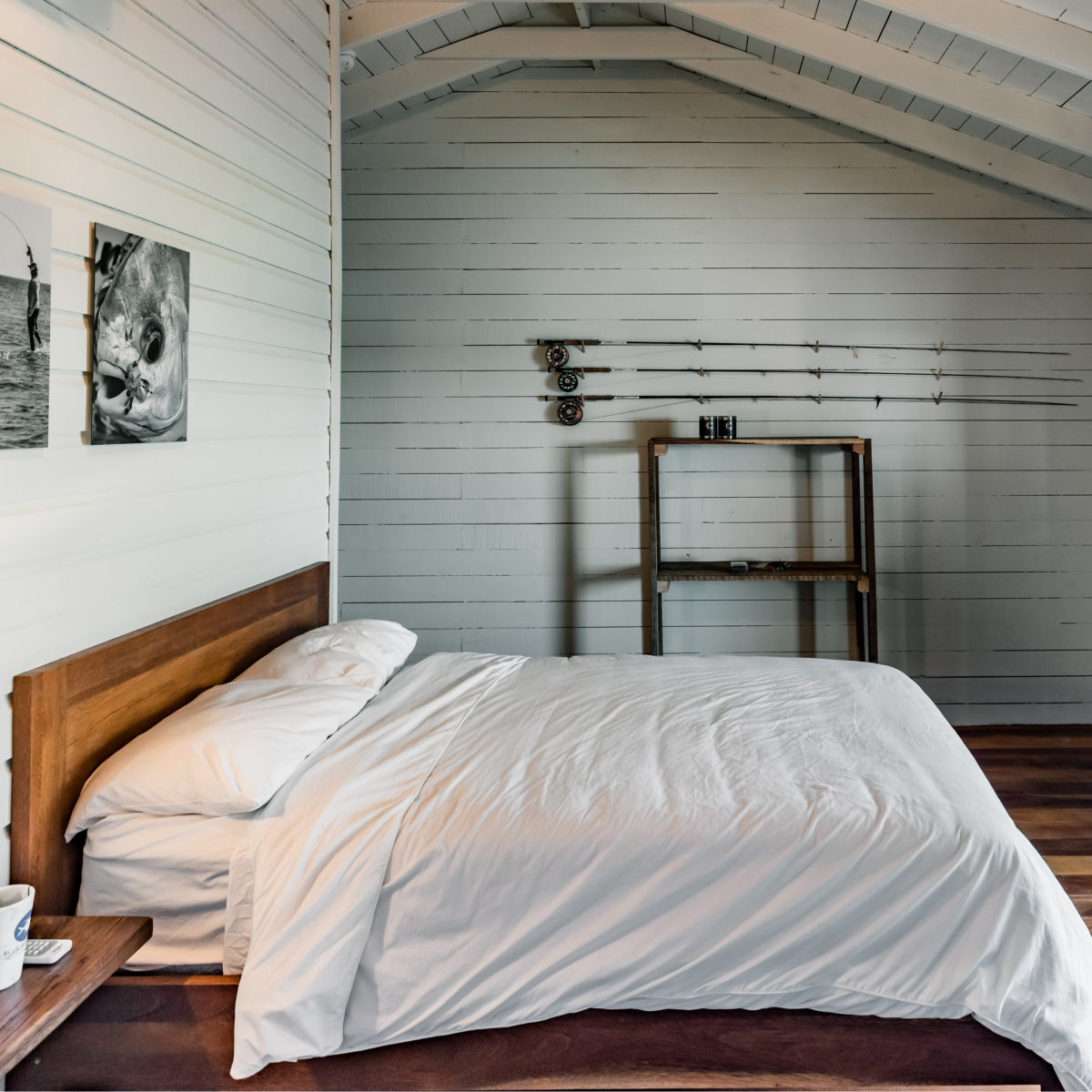 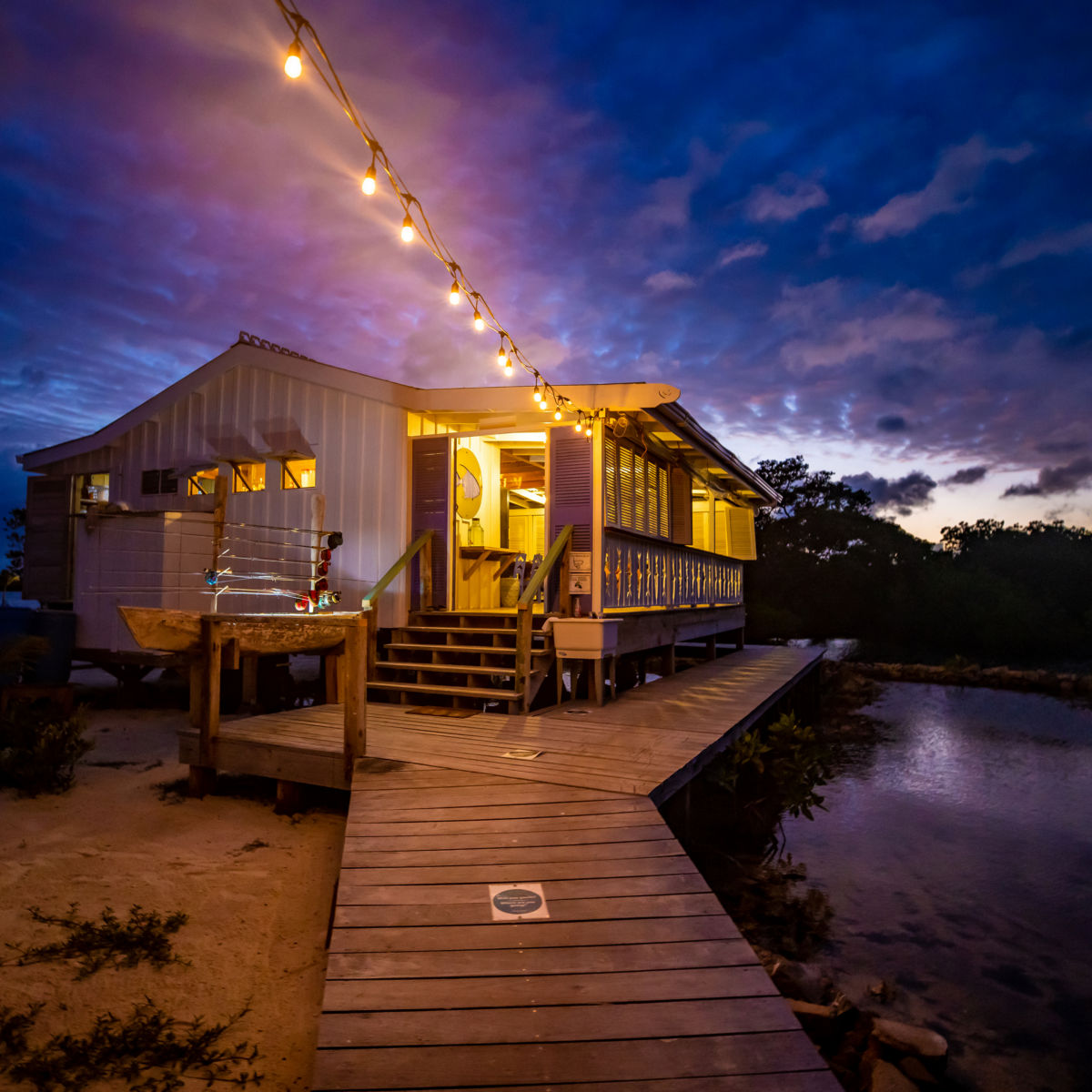 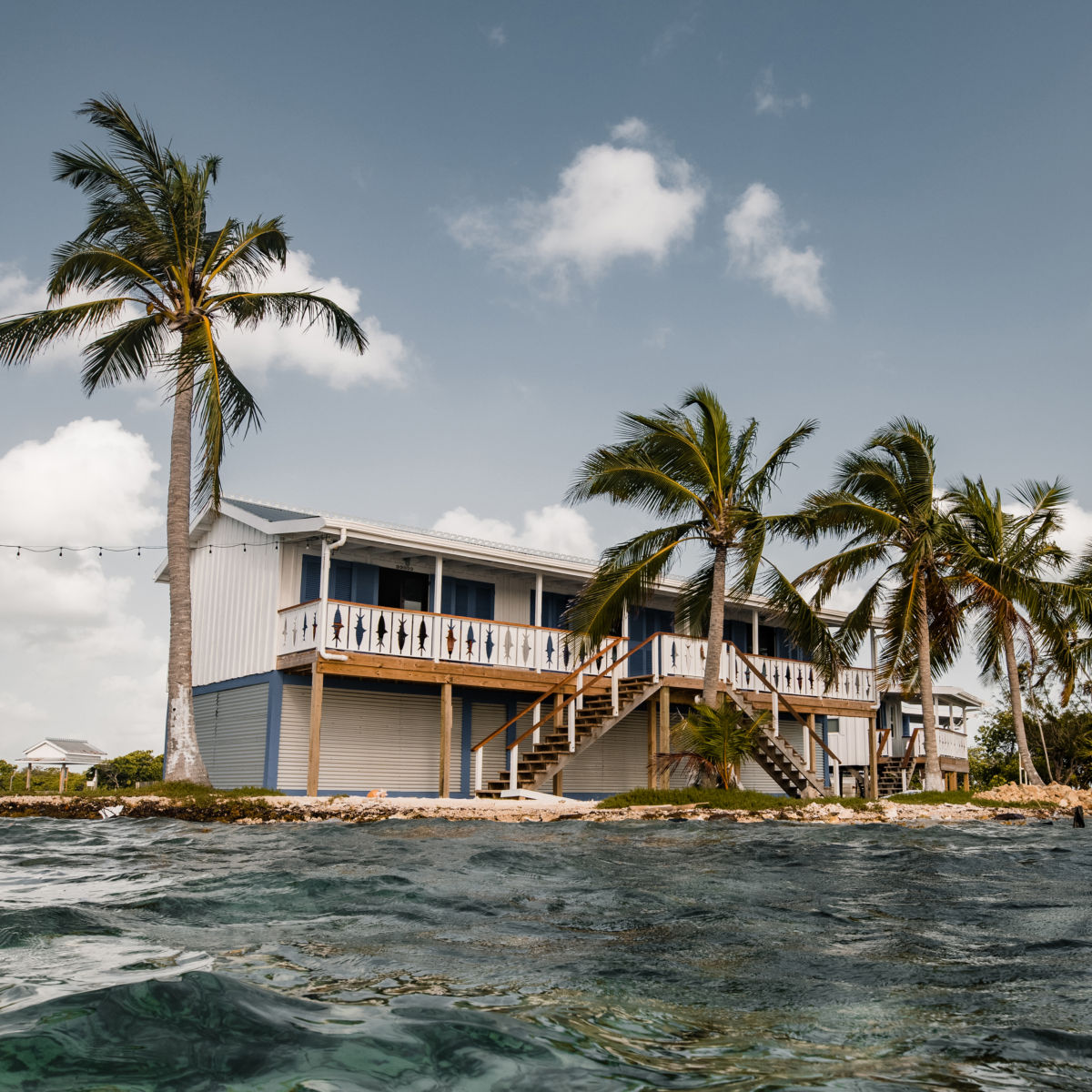 Founded in 1997 by legendary Belizean fly fishing guide Lincoln Westby, Blue Horizon Fly Fishing operates inside the protected waters of the South Water Caye Marine Reserve, in an area known as “Permit Alley”. This epicenter of the flats fishing is known as some of the finest permit fishing in the Caribbean, attracting anglers from around the world to our fabled flats.

If you are looking for a dedicated fishing vacation, then you’ll love our newly remodeled and rebuilt Blue Horizon Lodge. For decades, Blue Horizon Lodge was known as ‘THE’ destination for hardcore permit anglers attempting to catch their 1st or 100th permit. With the rebuild of the lodge, we are excited to retain one of the best Permit fishing locations in Belize”. The lodge is located on the exact same footprint that Lincoln established his original lodge those many years ago, to maximize being on the flats during the best tides, with the best guides, during the best times of the day.

The new lodge features many of the original buildings with a fresh redesign that incorporates the modern comforts this generation of traveling anglers has come enjoy and expect. The goal of the redesign was to create an atmosphere that honors the heritage of the original lodge, while rejuvenating it with contemporary luxury elements. During reconstruction, much of the old lodge and guest cabins were salvaged and have been incorporated into new furniture, accents elements, and décor of the lodge and guest rooms.

The main lodge integrates an open air design, so that you may fully appreciate the beauty of the marine environment. Our unique shutter system allows us to have the lodge fully open to the natural world, or to quickly close-up the shutters to protect interior when inclement weather threatens.

The five guests cabanas, for a maximum capacity for 10 anglers, have been completely refurbished and deliver a surprising level of sophistication for such a remote location. Each room is furnished with two full size beds and private bathroom, with on demand hot water showers. Air conditioning is standard in all of the rooms, giving our guests the option of enjoying the ocean breeze or a controlled climate.

We focus our program around the best fishing opportunities. Each evening, our guide team sets the agenda for the next day based on the tides and what they think will be produce the best opportunities to catch fish.

Here is a sample itinerary:

Our pro shop has a selection of flies, leaders, and tippet the guides suggest for success.

We have rental rods, reels, and wading boots available.

The South Water Caye Marine Reserve, locally known as Permit Alley, is home to prime pancake flats and many schools of permit, bonefish, and tarpon. Protected by the nearby barrier reef it is a Mecca for flats fishing.

The majority of anglers come to Blue Horizon to pursue permit. Permit are plentiful and you can expect plenty of shots at 5-20 pound permit on any given day. There are few places in the world you can expect to have the number of shots at tailing permit than Permit Alley.

While the area is most well known for the permit, there are impressive numbers of bonefish. The most common place to see bonefish is on the flats near the cayes or on select reef flats. On an average day on the flats, any time of year, you can expect to see bonefish.

Tarpon are present in the fishery throughout the year, in select channels and protected island lagoons. The tarpon migration is generally from late April through August in this part of Belize, with the channels and cayes in the South Water Caye Marine Reserve getting robust schools of tarpon during the migration.

For more information, please visit our site at: https://bluehorizonbelize.com/rates

When is the best time to visit Blue Horizon Lodge?

We are open year round, with the most popular time to visit being Feb through early June. June through August is the guides favorite season to fish.

What language do the guides speak?

Belize was a British colony, so English is their official language. Our guides speak English, Creole, and some speak Spanish.

Does the Lodge have Internet?

Blue Horizon Lodge has wireless internet access covering the majority of the property. Your room and the main lodge are 100% covered. Cellular service is limited, but available to most US carriers.

What is the recommended tips?

How do I get to the lodge?

First you’ll fly to Belize City, then you’ll take a commuter flight from Belize City to Placencia village. Our team will be there to greet you and transfer you to our marina. From the marina, you’ll take a short 30 minute boat ride to the lodge.

Thanks for your interest in Blue Horizon Lodge. Please let us know your questions below and our team will contact you shortly.