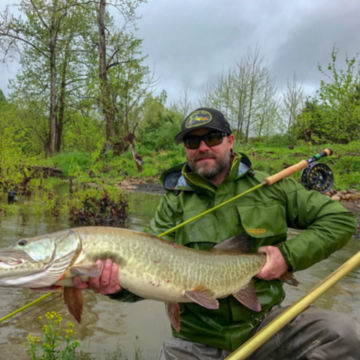 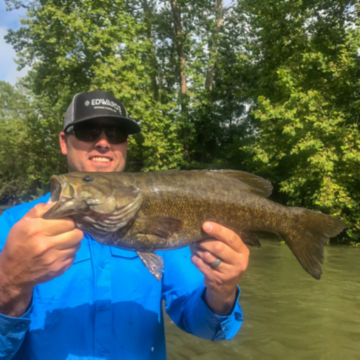 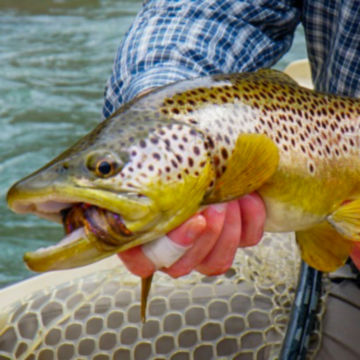 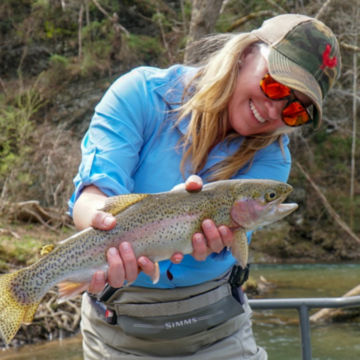 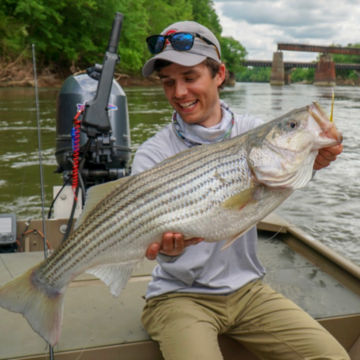 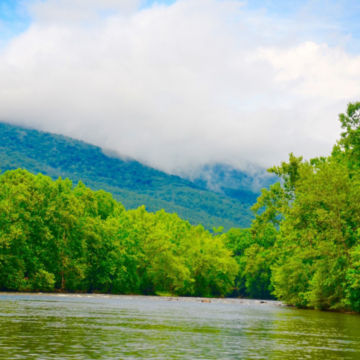 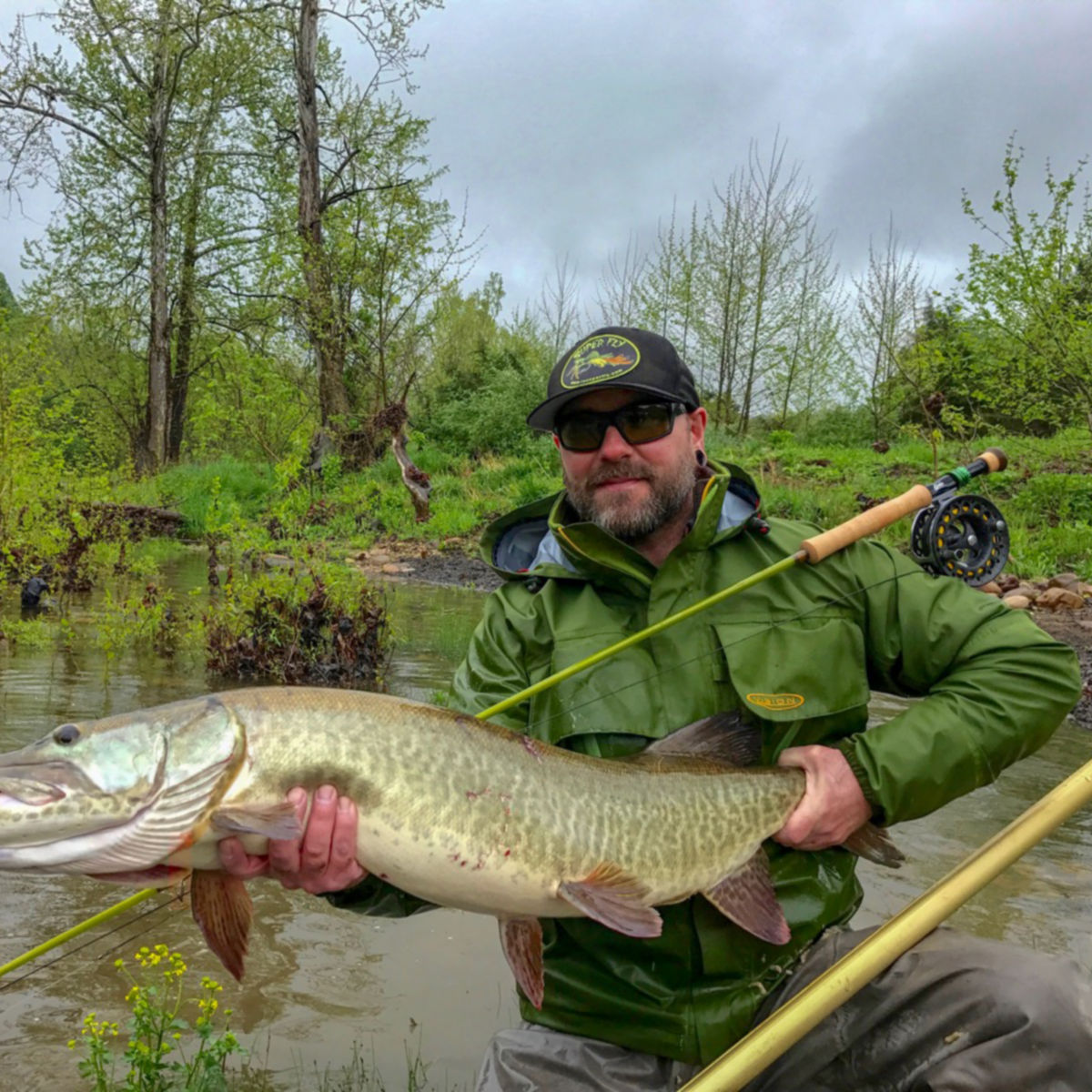 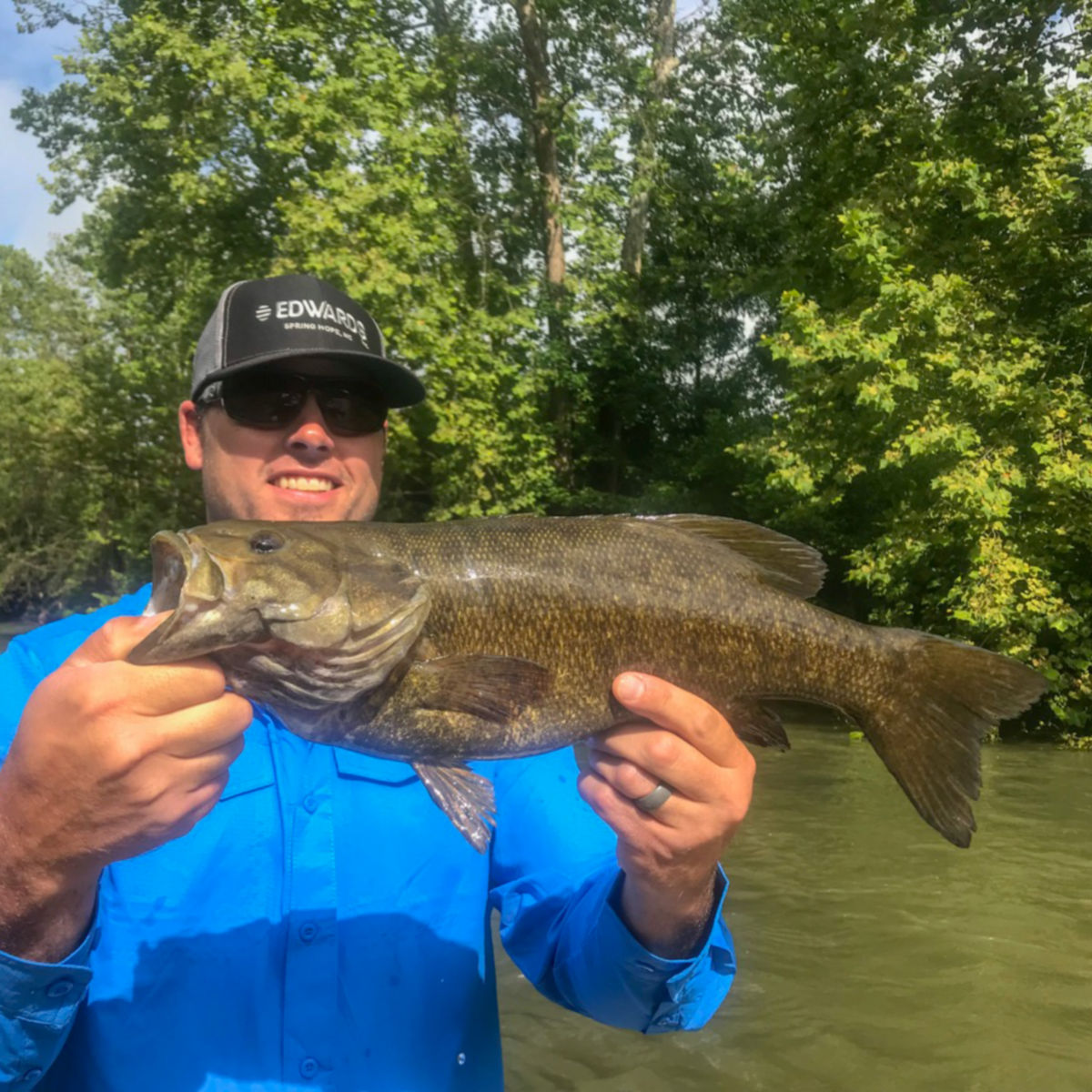 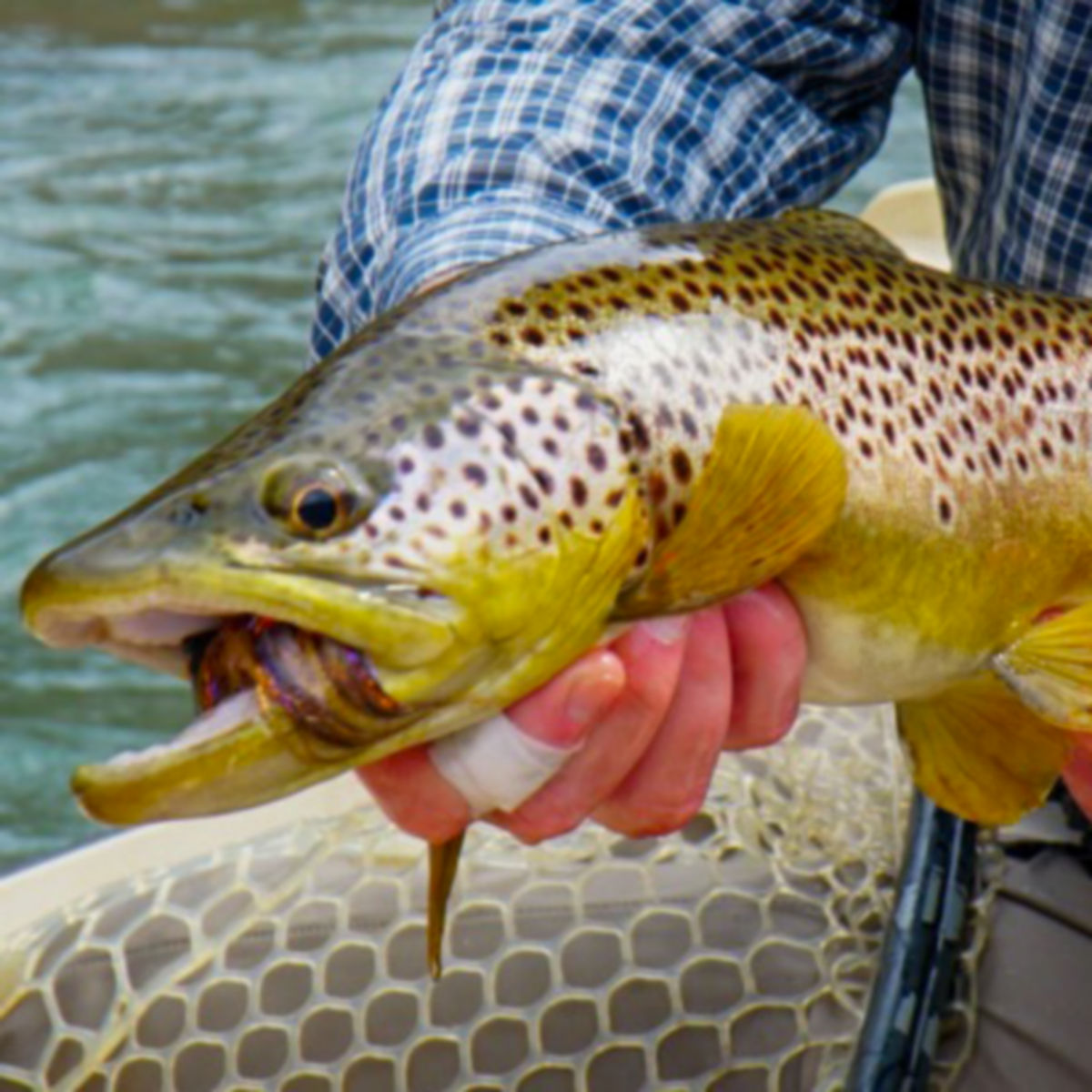 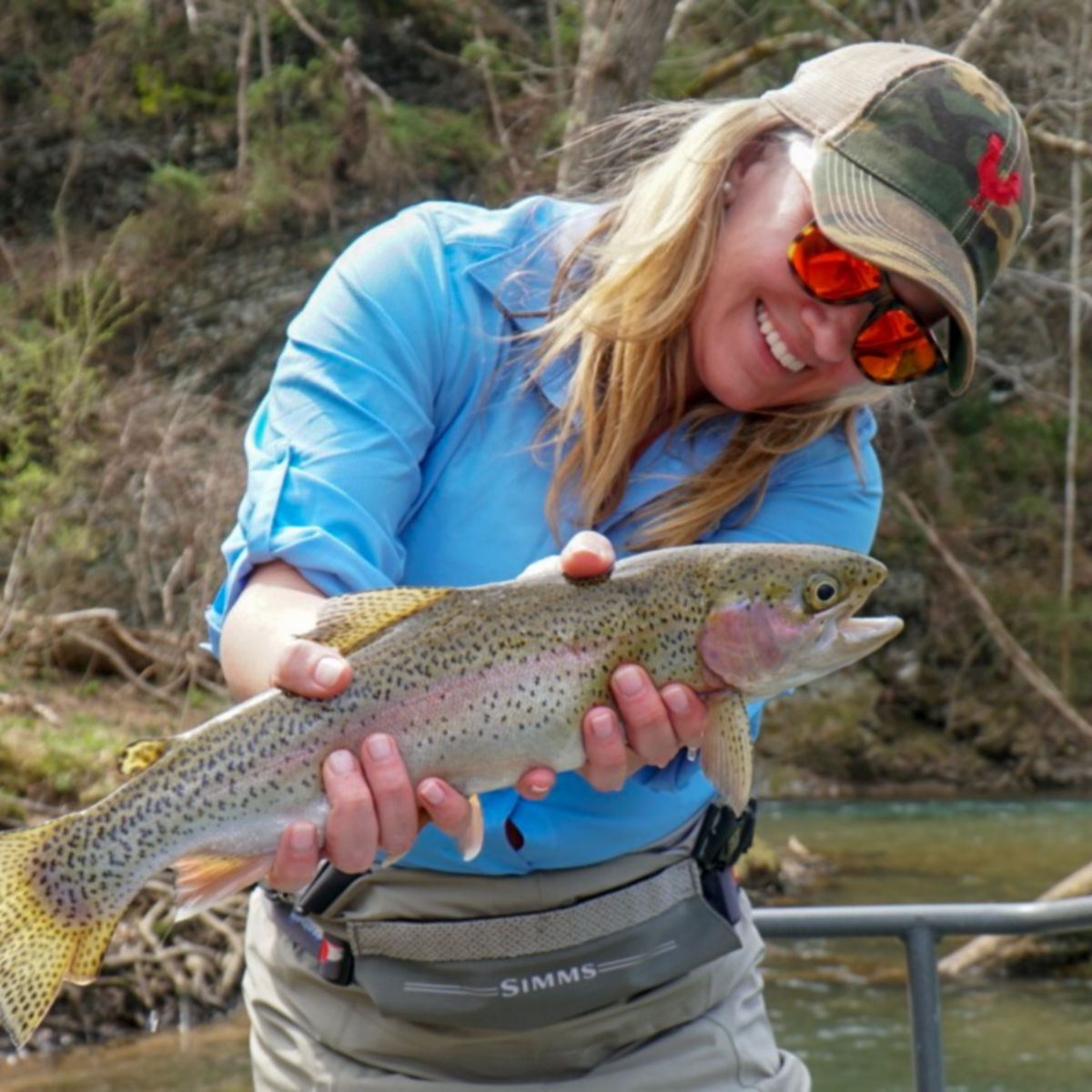 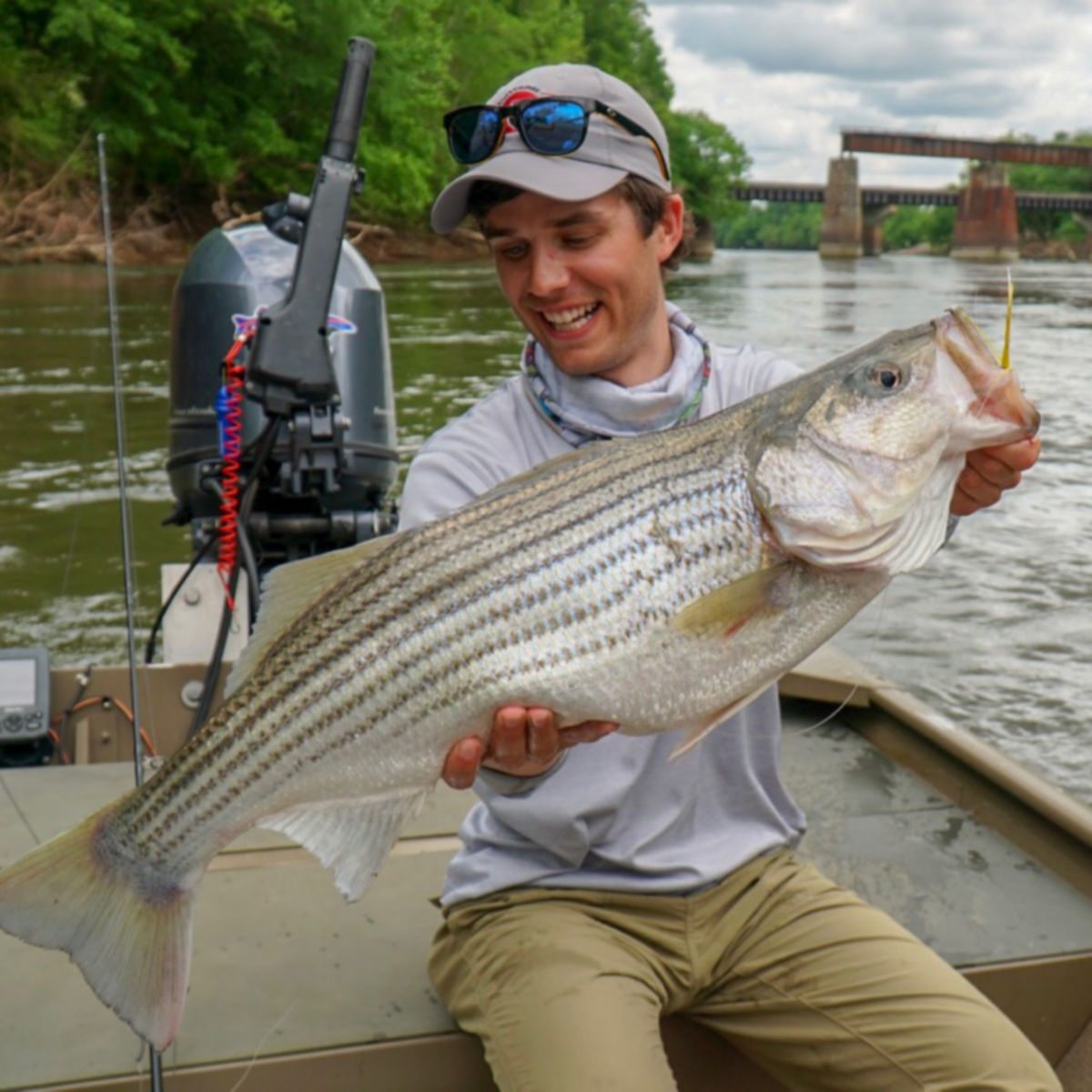 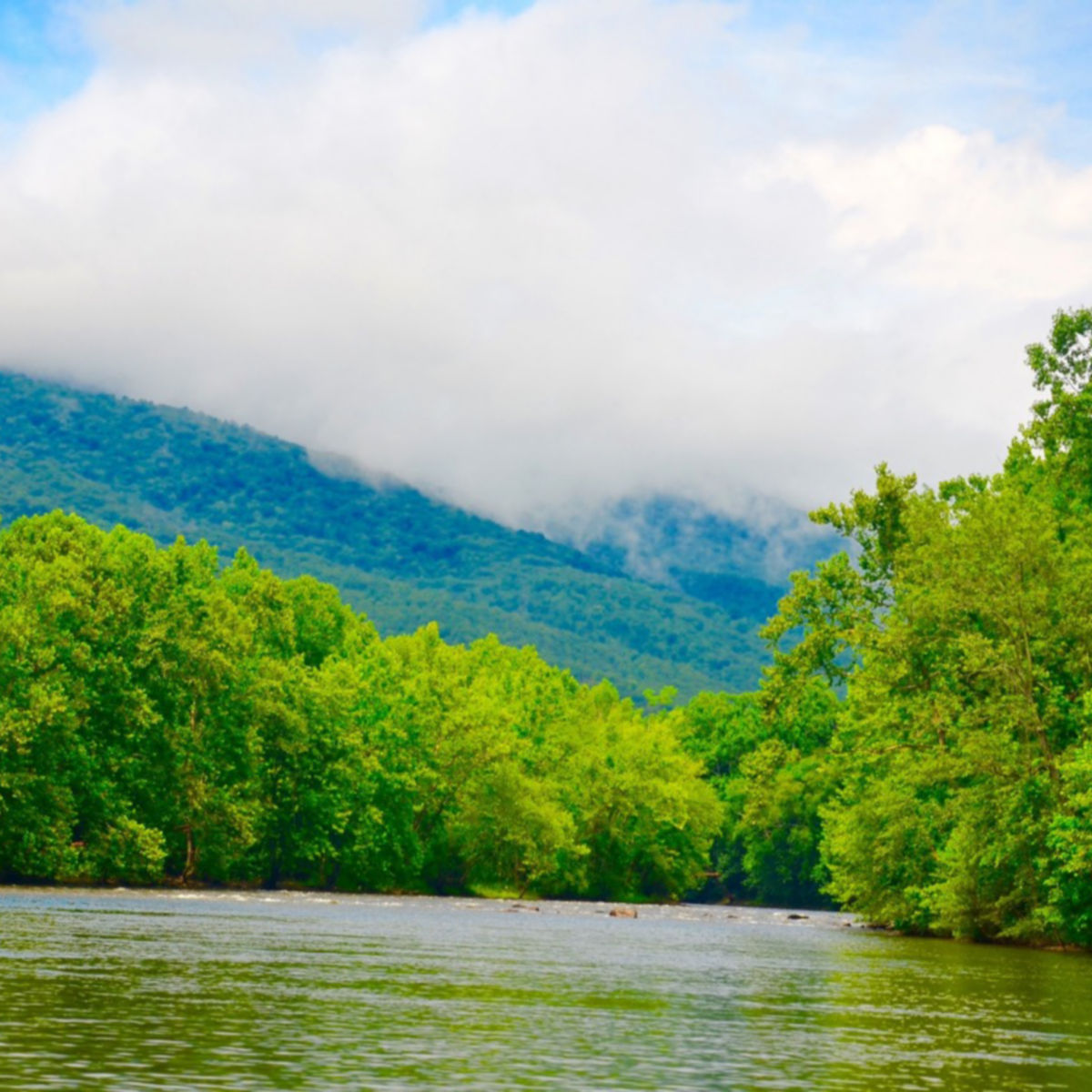 Fly-fishing guide Capt. Matt Miles is the owner of Matt Miles Fly Fishing, LLC, in Lynchburg, Virginia. Matt grew up in Lynchburg and started fly fishing in 1993. After graduating from high school in 1996, he moved to Colorado to live out his dream of becoming a fly-fishing guide. In 1997, Matt began guiding at the Blue Quill Angler in Evergreen, Colorado. In 2003, he decided to move back to Lynchburg to guide his home waters, where he now runs his own Orvis-Endorsed guide service, fishing for muskies, smallmouth bass, trout, and striped bass. Matt's guided trips are run on the James, Smith, Jackson, and the Roanoke Rivers, to name a few. Matt loves guiding, teaching, being on the water, and tying his own flies. He is also a fly designer for Umpqua Feather Merchants.
What to Expect Water and/or Terrain

Picnic-style lunch and drinks on my full-day trips. On half-day trips, I provide just drinks and snacks. Orvis rods and reels will be provided if needed. All tippet, leaders, and flies are provided on all trips.

Virginia valid fishing license, polarized sunglasses, rain coat, hat, and sunscreen. Waders, if needed, and rod and reel if you have one you like to use.

The Staunton River is an underrated river that doesn't get much press. This river is one of the most diverse in Virginia. The Staunton features smallmouth, largemouth, walleye, white bass, and stripers, just to name a few. In the spring, stripers make an annual journey to Brookneal, Virginia to spawn. This event usually starts around the first of April and runs through mid to late May, depending on water temperatures. The spring is a great time to catch a mixture of species on the fly. You never know what you'll catch on this great river.

The Jackson River is located near Covington, Virginia. This river is the premier tailwater trout fishery below Gathright Dam. From Gathright Dam downstream to Covington, there are 18 miles of prime trout habitat. Rainbows and brown trout are the main target species of this river. The average-size fish on the Jackson is between 10 and 13 inches, typically rainbows, but there are much larger fish to be had. The browns can be well above 20 inches. A good hatch of insects or large streamers will get the brown trout's attention. The Jackson is a large trout river by Virginia standards. Floating the Jackson from a drift boat will offer anglers the best opportunity to cover this unique river.

In the Town of Iron Gate, Virginia the Jackson River and the Cowpasture come together to form the James River. The James River holds smallmouth bass from this point all the way to Richmond, Virginia. I run my guide trips on the James River from the town of Iron Gate downstream to the community of Bent Creek. The James is a great musky fishery and I run trips for musky year around. Although musky are not easy to catch, the right state of mind and a little luck will give an angler the chance to tangle with this beast.

Majority of the trips are float trips either in a drift boat or fishing raft. Wade trips for trout are in the Blue Ridge Mountains. Expect rocky terrain.

Thanks for your interest in Matt Miles. Please let us know your questions below and our team will contact you shortly.