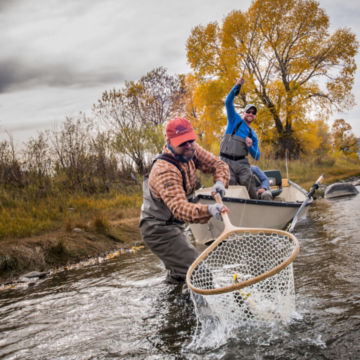 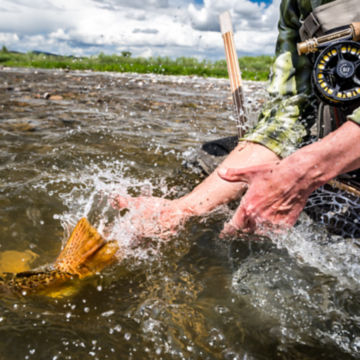 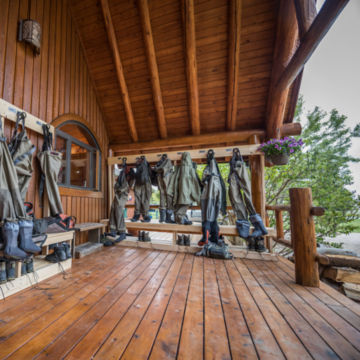 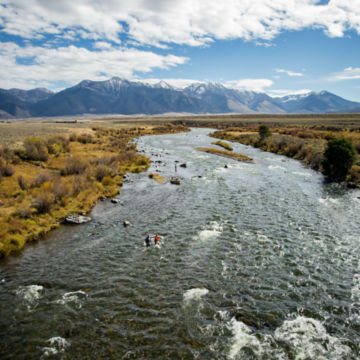 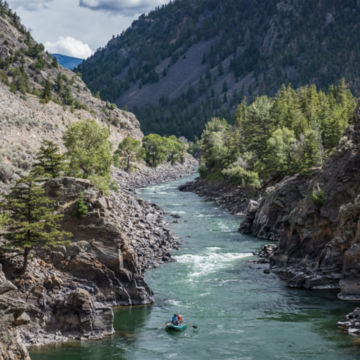 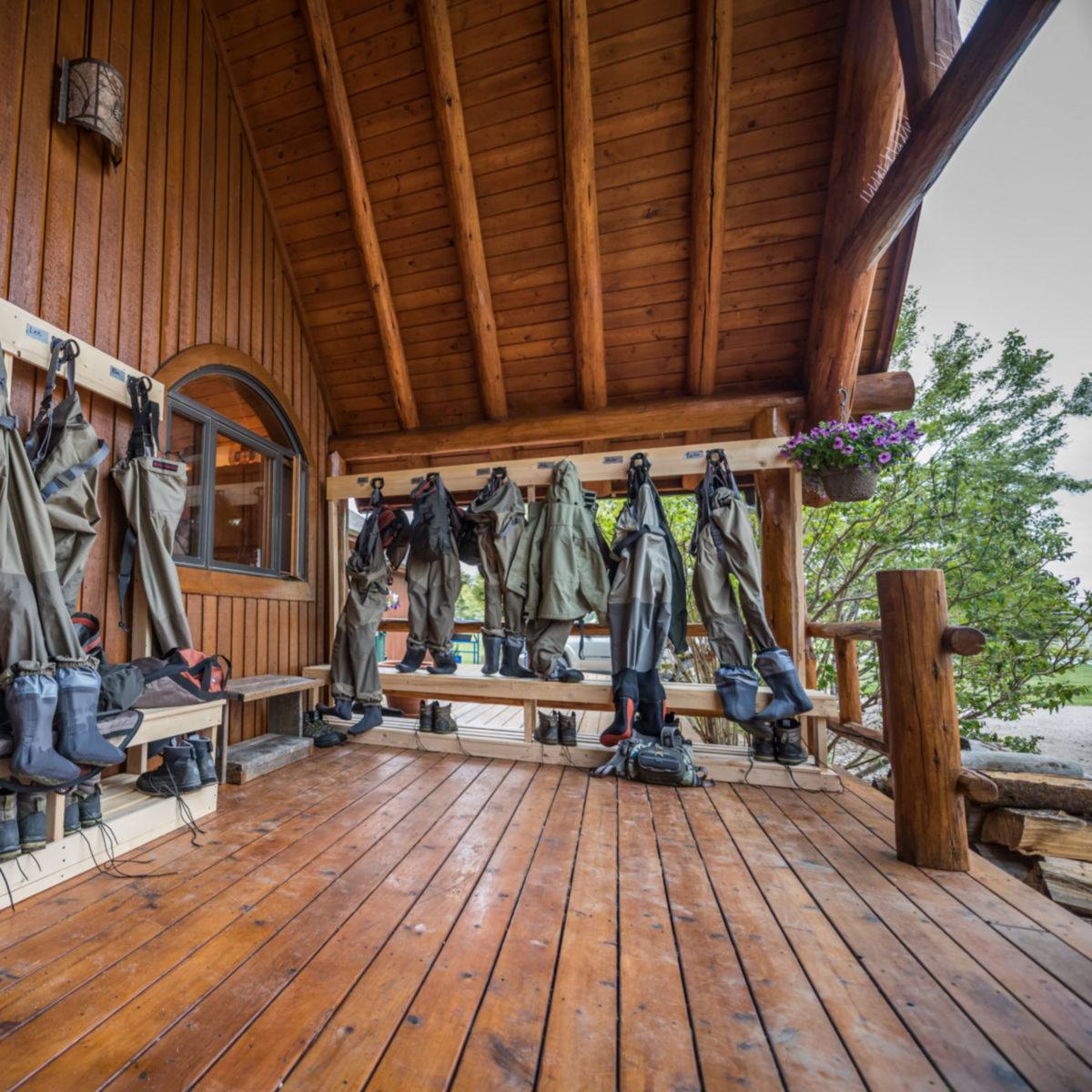 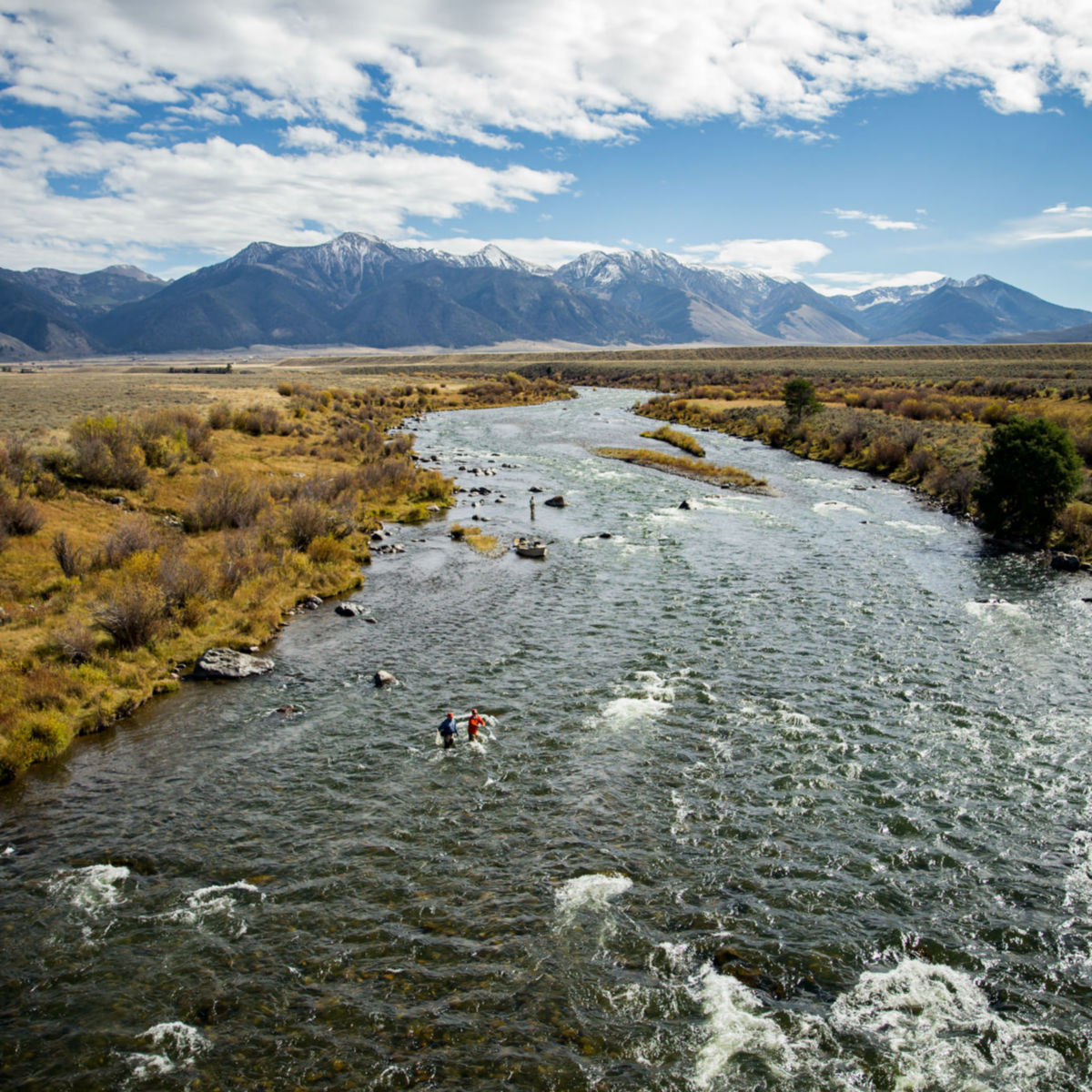 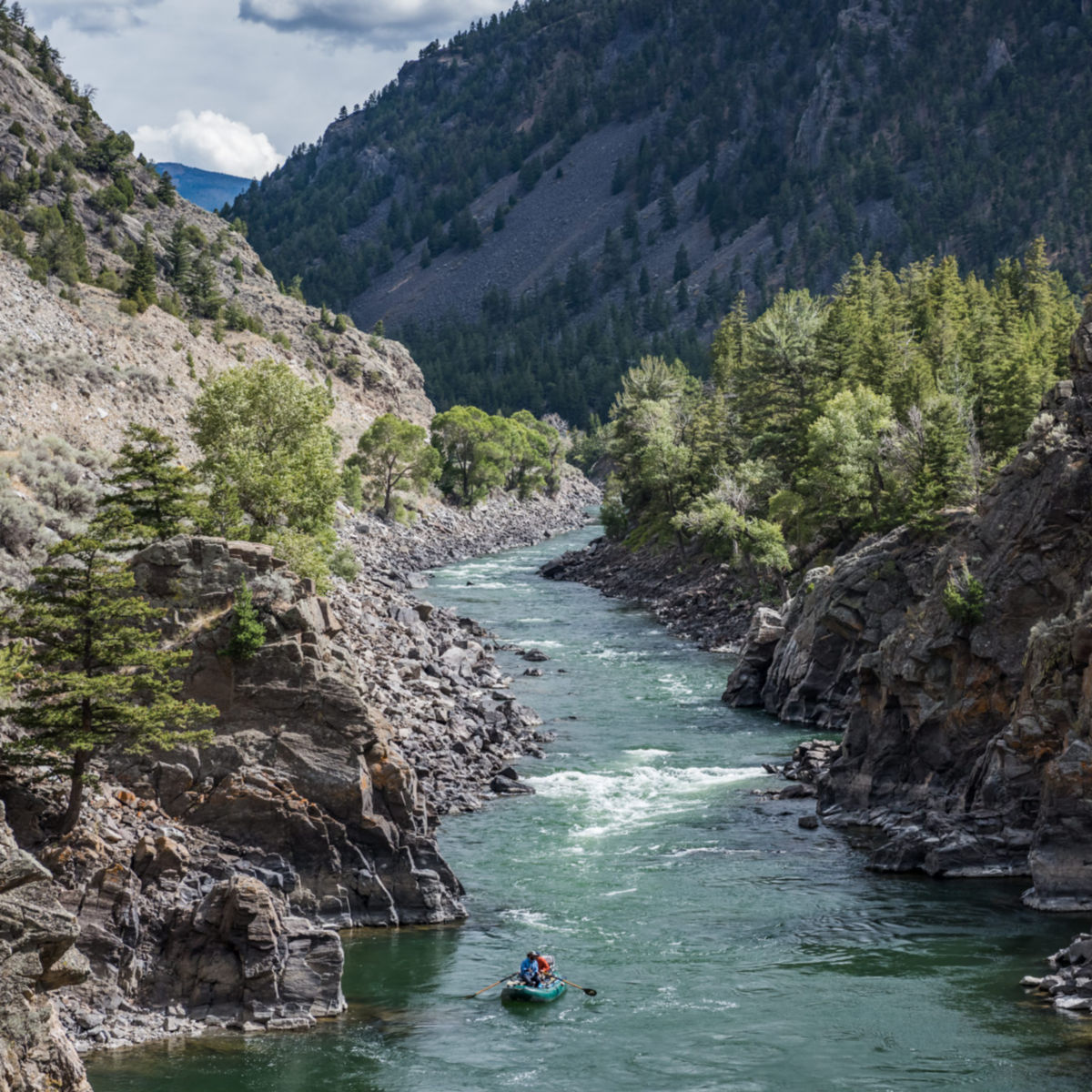 Choose Montana Angler Fly Fishing for your expedition in Montana. Our packages include overnight float trips, wilderness trips, and several unique all-inclusive lodging options. With an array of special permits (both state and Forest Service) we have the ability to access a wide variety of rivers in Montana and Yellowstone National Park. Montana Angler has also developed relationships with numerous large ranches in the region that have granted our guests exclusive access on private waters. We place a high priority on fishing variety and accessing waters that see relatively little fishing pressure.

With a wide network of guides and fishing options across Southwest Montana, we work with our guests to ensure that they are at the right place at the right time. We utilize our private access leasing program to add variety to our fishing options and ensure that our guests can experience lightly fished waters in addition to the numerous blue ribbon rivers that we guide.

Our guide staff is composed of some of the most-seasoned professionals in the region. All of our licensed guides and outfitters are excellent instructors and we take great pride in helping both beginners and experts improve their game. We have a full-time office staff to ensure that communications and trip planning are thorough and timely. With our wide range of rivers and trip options, we work hard to match you up with a customized trip that will match your interests and budget.

At our all-inclusive lodging options we provide comfortable beds, excellent multi-course meals, beverages, and world-class views. Just show up and let us take care of the rest!

We provide rods and all terminal tackle on our trips including flies and leaders. On our numerous all-inclusive packages, waders are included (on day trips they can be rented). Day trips include riverside lunches and our overnight programs include all meals and beverages. On backcountry and river camping trips, we provide all camping equipment including cots, freshly laundered sleeping pads, tents, a staffed kitchen and dining tent, and shower tent. Accommodations on our ranch stays are in comfortable cabins with a separate dining lodges. All of our expedition programs are all inclusive so you can just show up, fish, and relax!

Although we provide all equipment when needed, our guests that are avid anglers often prefer to bring their own gear. We use 9 ft. 5-6 wt. rods most frequently. 4 wt. rods are nice on spring creeks while 7-wt. rods can be used for streamer fishing. A 6-wt. fly rod is the most versatile rod on all of our waters. We generally use weight-forward floating lines on most waters although a sinking head is occasionally handy for streamer fishing.

Fly selection varies greatly depending on the time of year and fishery. We recommend contacting our office staff if you like to fish your own flies (we provide them on all trips). Our detailed packing list on our website also provides more guidance for guests interested in a specific program or time of year.

We provide nearly everything on most of our trips. Personal items including cameras, sunglasses, and layered clothing are all you need to show up with!

April and early May
Early spring offers some of the most explosive dry fly fishing of the season as blizzard hatches of Mother's Day Caddis fill the air. Thick hatches of blue winged olives or March brown mayflies can be equally important. In addition to great match the hatch fishing early spring also offers some of the best trophy fishing of the year stripping big streamers for river browns or leaches for massive rainbows on private ranches. Early spring weather in the Rockies can range from t-shirt weather to a late snow so anglers should prepare with layered clothing.

Mid May to mid June
Rivers begin rising in mid May as Montana's snowpack begins to melt. While some rivers become too high to safely fish, others are moderated by dams and produce the highest catch rates of the season. Water temperatures are on the rise and the prime feeding windows begin can last for ours. This is a great time to rack up high catch rates. Anglers focus on tailwaters, spring creeks and private lakes with few other anglers to contend with. Late spring weather is generally very pleasant but late Pacific storms can produce a steady drizzle when they roll in so anglers should be prepared for both rain and shine.

Mid July to mid September
As aquatic hatches wind down trout begin to focus on terrestrials such as ants, beetles and hoppers. While float fishing remains good on the big rivers this is also the peak season for incredible attractor dry fly fishing on many of Montana Angler Fly Fishing's exclusive private ranch waters. Throwing hoppers to deep undercut banks on classic meadow streams or scrambling over boulders in remote canyons can provide for a memorable and rewarding day. This is also a great time to enjoy a classic float camping trip or perhaps ride into the mountains to target gin clear back country streams. Weather is typically cool in the morning and warm and sunny in the afternoon. Afternoon showers are always a possibility in the late summer anywhere in Montana.

Late September to mid November
This is the time of year to swing for the fences and target trout as long as your arm. Big brown trout begin moving out of lakes and into streams and rivers. Giant browns that were in rivers all year long but were nearly impossible to catch begin to let their guard down as the become more aggressive leading up to the spawn. Dry fly fishing is still an option with late season terrestrials providing great hopper action on warm days and fall baetis mayflies producing pods of rising trout on cloudy days.

We target wild trout in our local spring creeks, mountain streams, rivers, and lakes. Each fishery has its own unique composition of fish species and we may encounter browns, rainbows, cutthroats or brook trout depending on where we are fishing on a given day. On our larger rivers browns and rainbows are most common. On our smaller streams we often find native cutthroat trout as well as brook trout.

April and May:
Spring weather can be beautiful. The mountains are still covered in snow and the valleys begin to turn green in May. On nice days the sun shines and the sky is crystal blue with highs in the 50s to 70s F. Spring can bring in Pacific storms that tend to produce unsettled weather for two or three days at a time. When these storms roll in it often drizzles off an on during the day with temps in the high 40s or low 50s. Wet snows are possible even in the valleys in the spring. It is important to bring layers and rain gear (our guides have extras!) in case one of these storms arrive. Fishing can be outstanding in the spring when the skies turn grey!

June:
June is a major transition month. Storms are still moving in and the beginning of June still has potential to have some sustained wet weather. Montana isn't nearly as wet as the east coast or northwest however. By mid-June high pressure begins to set in and precipitation is limited to passing thunderstorms and the occasional front.

July and August:
July and August bring gorgeous summer weather. This is a dry time of the year and precipitation is generally limited to the occasional passing thunderstorm. Once in a blue moon a front moves in and brings sustained drizzles for a day or so but these are rare (but bring awesome fishing!). Average highs are in the 80s F in the summer but we occasionally get heat waves. Temperatures in the 90s are considered hot and temperatures in the low 100s are very rare but possible.

September:
September is a transition month. It's dry and the daily temps are usually very pleasant with highs in the low 80s and 70s F. Occasionally, an early fall storm moves in to bring chilly weather. Valley snow is very rare in September.

October:
A transition month. It is still very dry but as fronts move in a day of rain or snow is possible. Temperatures at the beginning of the month are usually very pleasant. On most years, October produces great fall weather during the entire month but on some years early winter storms move in late in the month. Fishing is awesome in October but make sure to bring warm layers just in case. The weather never shuts down the fishing but it is important to be prepared so that you are still comfortable if cold weather arrives early.

Rates start from: $560/day You can find all pricing information at: www.montanaangler.com/information/rates

Thanks for your interest in Montana Angler Fly Fishing, MT. Please let us know your questions below and our team will contact you shortly.