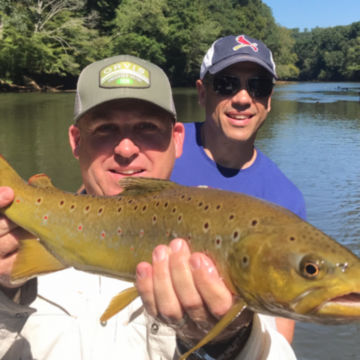 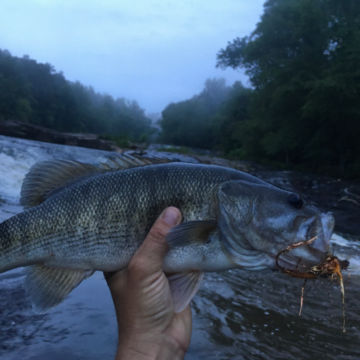 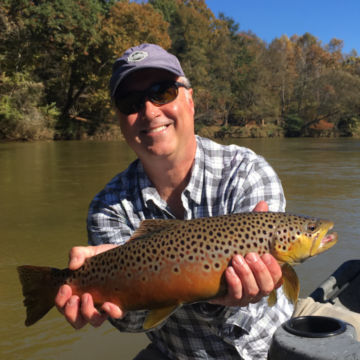 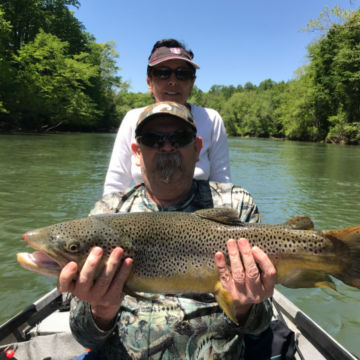 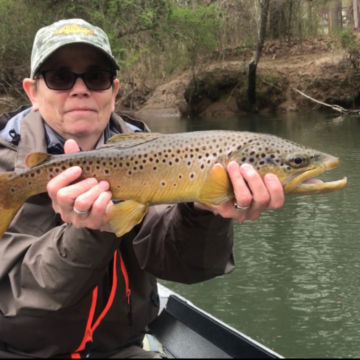 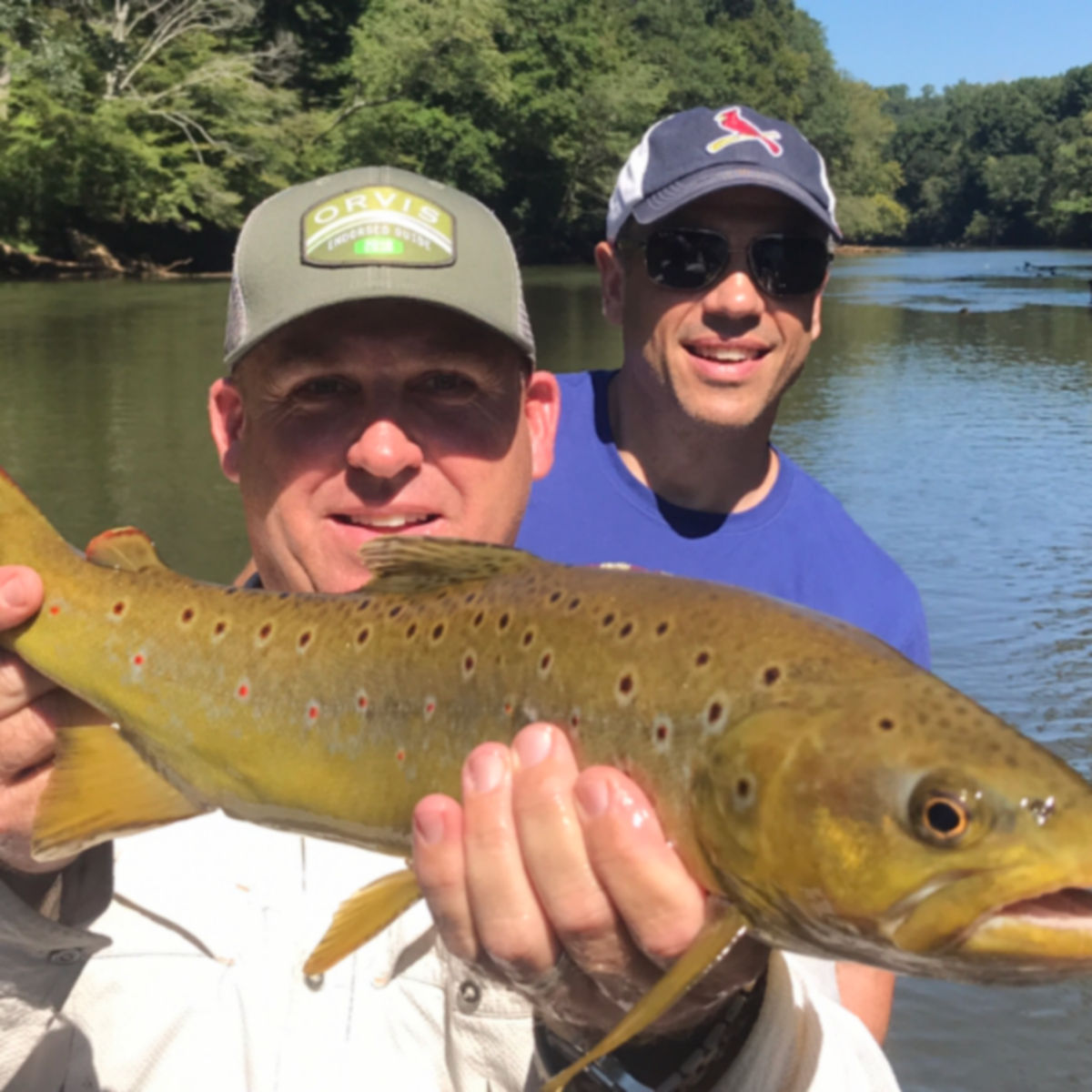 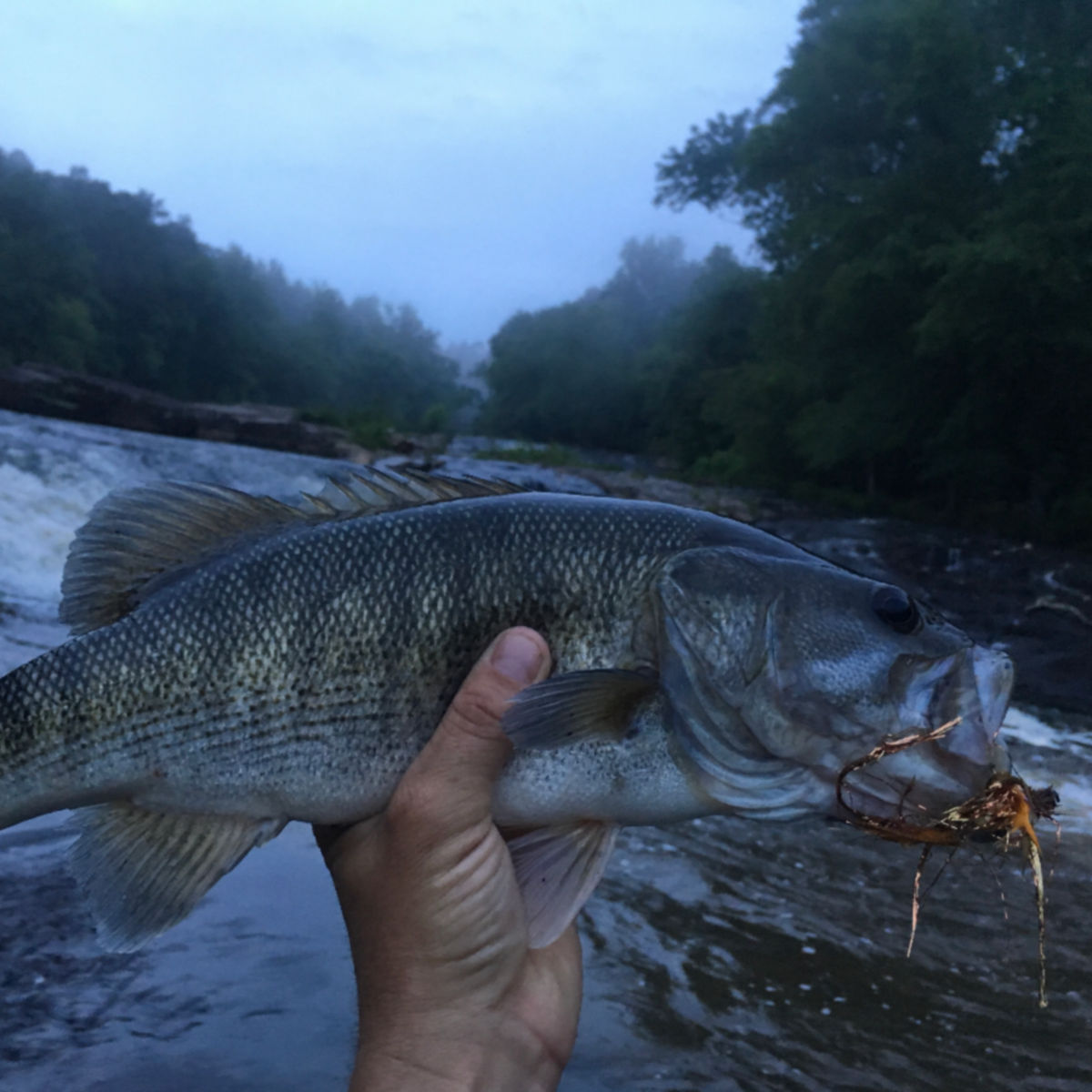 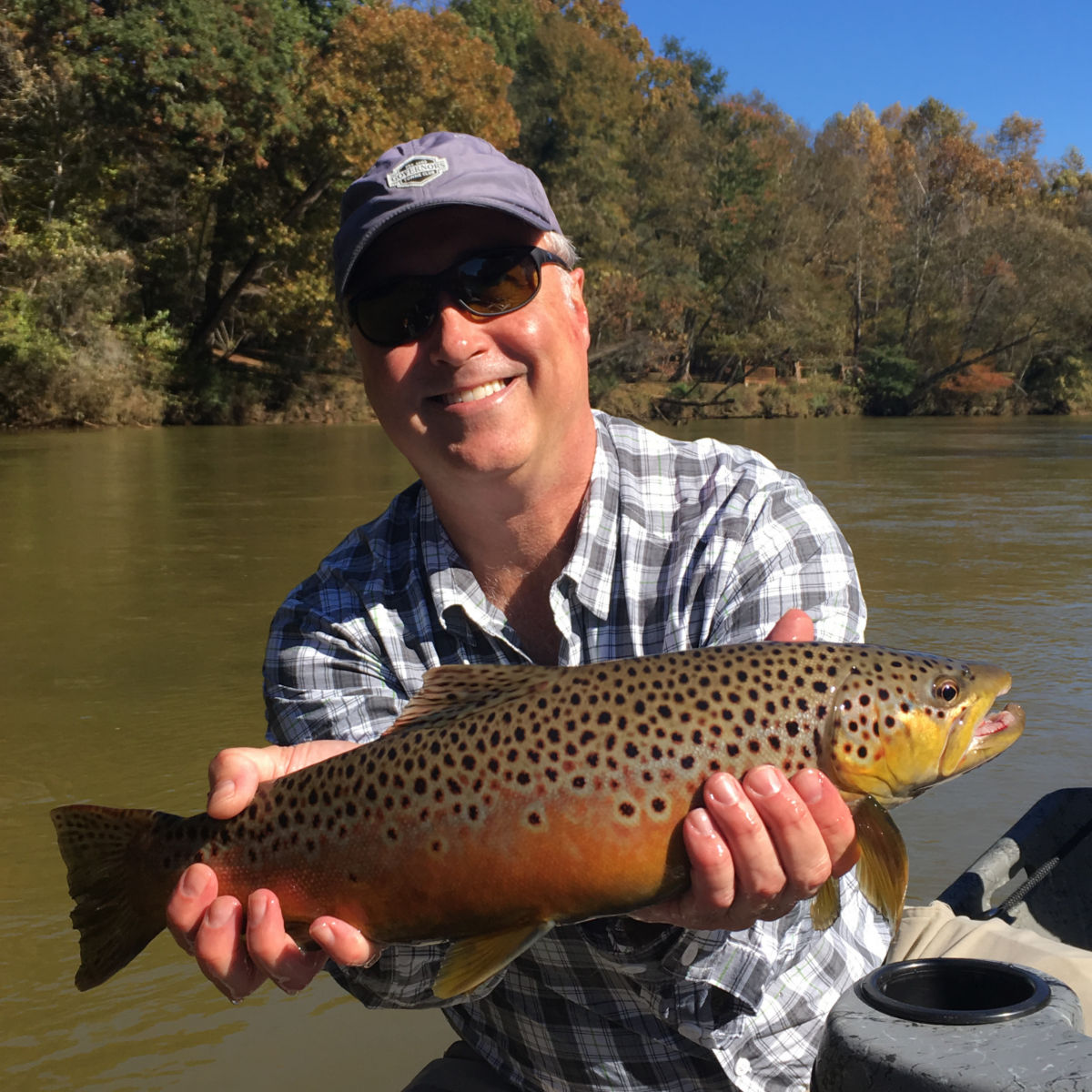 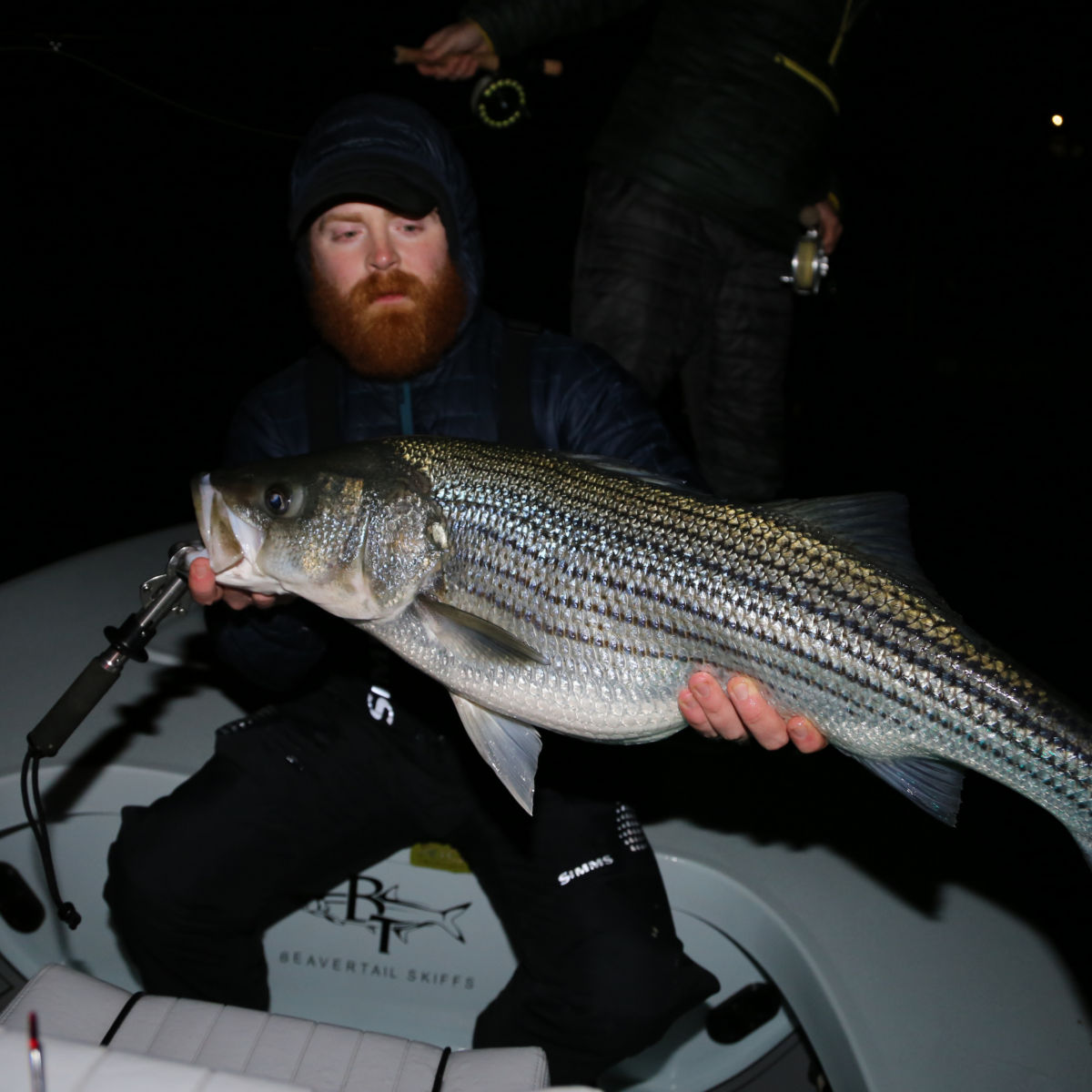 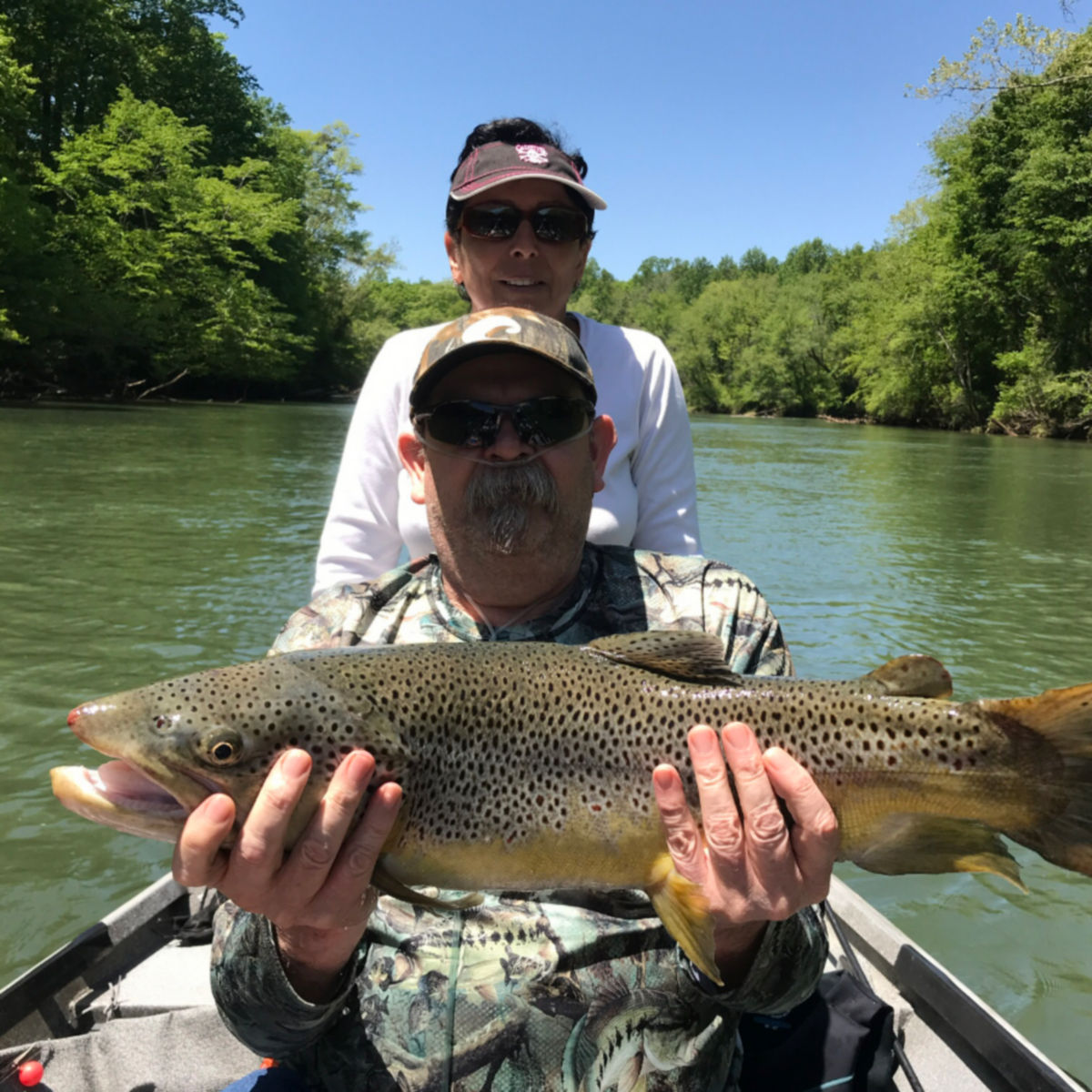 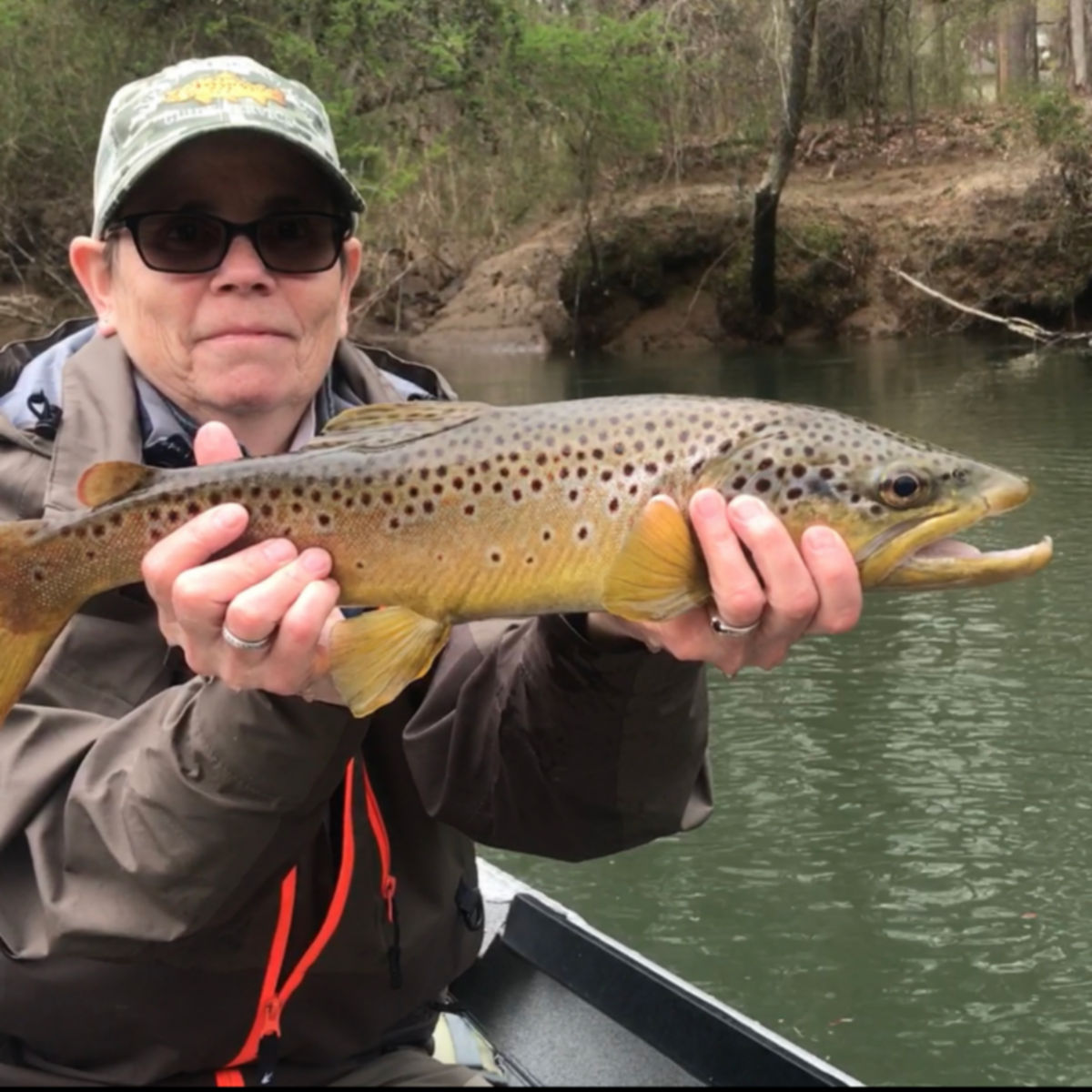 Rely on the experts at Orvis-Endorsed River Through Atlanta Outfitter on your fly-fishing trip to Georgia. A family-owned business, we have been professionally guiding on the Chattahoochee since 1994 and have been Orvis-Endorsed since 2003. Our guides have an unsurpassed knowledge of the river, spending countless hours fly fishing and guiding these waters. Our approach to guiding is that customer service is first and foremost, with an emphasis on passing knowledge of the fishery to the client. We realize that this is “vacation time” on the river, so we feel it is important to ask the client what they want to accomplish on their special outing. Bonding and entertaining with family, friends, and business associates is unique to each customer experience.

The Chattahoochee is one of three rivers in the world within close proximity to a major city, which has a thriving, self-sustaining population of trout. The other two rivers are the Bow River in Calgary, Alberta, Canada and the Isar River in Munich, Germany. While most people would not associate great trout fishing with a major city like Atlanta, it's likely that you will find yourself here traveling through the busiest airport in the world. With the amenities of an international city, anglers will be impressed with the extensive greenway park system that connects the many small towns along the Chattahoochee in the greater metro area with vast riparian areas designed to protect Atlanta's drinking water.

The Chattahoochee is a classic southern tailwater river fishery. Water temps are cold with high oxygen content perfect for 50 miles of trout water. Brown and rainbow trout were introduced into these frigid waters in the mid 1960's. Brown trout thrive so well that the GA state DNR quit stocking browns in 2005, proving there is a self sustaining wild population. There have been two state record brown trout caught by anglers exceeding 20lbs in the past 16 years (2003 and 2013). Rainbow trout in the 15-21" range are common with some natural reproduction and annual stocking. Further downstream where the river temperature warms slightly there is a subspecies of largemouth bass well adapted for rivers called a shoal bass which can reach 3-5 lbs. During the warmer months, there is a striped bass migration from 70 miles downstream originating from the next reservoir. Striped bass in excess of 30 lbs. are not uncommon from May through October.

The Chattahoochee watershed north of Atlanta begins just 150 miles north in the mountains in excess of 4,000 ft. above sea level in the headwaters. This river empties into the 38,000-acre Lake Lanier impoundment with depths exceeding 200 ft. controlled by Buford Dam. The Chattahoochee below Buford Dam is quite cold, averaging around 48 F as the water exits the penstocks. This region is known as the Piedmont area with rolling hills with long needle pines and ancient hardwoods. This region would be considered an extension of the Appalachians with mountain laurel, rhododendron and wild azaleas along the river banks. The four seasons are distinct with autumn being especially beautiful when the leaves are peaking and the brown trout are spawning.

Weather in the Piedmont is relatively mild with winter temperatures ranging from freezing at night and warming into the 50s F in the day. Summers are warm ranging at night into the mid to upper 70s to high 80s low 90s in the day but with the cold water temps act like an air conditioner on the River with temps cooling 20-30 degrees on the water.

Starting from: You can find all pricing information at: www.riverthroughatlanta.com
Half days $350.00
Full days $550.00

Full-day lunches are included and half-day clients can request lunch for additional costs. We can provide complete fly rod outfits, flies, tippet. We do not provide waders but wader rental is available at various fly shops, if needed. Most of our trips are conducted out of drift boats so waders are not necessary most of the time. We ask clients to dress for the elements; sunscreen, hats, sunglasses, layers with fleece, raingear.

We are dog-friendly. We can harvest small rainbow trout for consumption but we release all brown trout and any larger rainbows.

Thanks for your interest in River Through Atlanta Guides, GA. Please let us know your questions below and our team will contact you shortly.