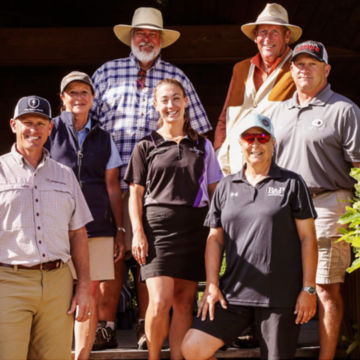 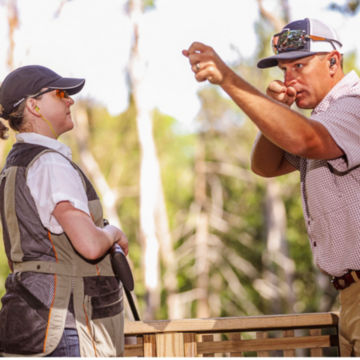 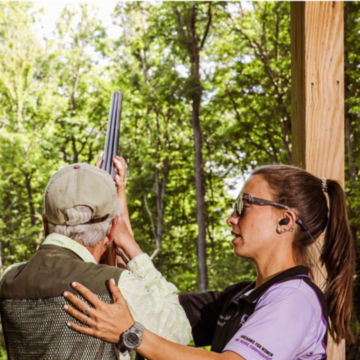 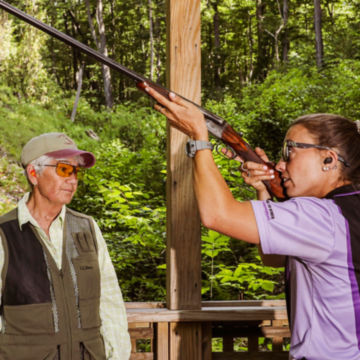 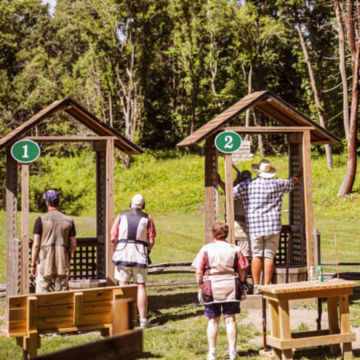 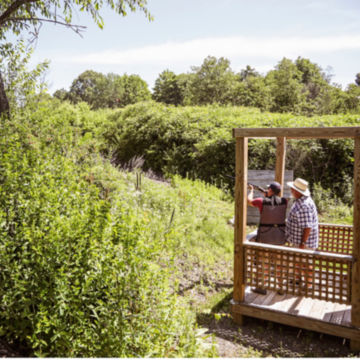 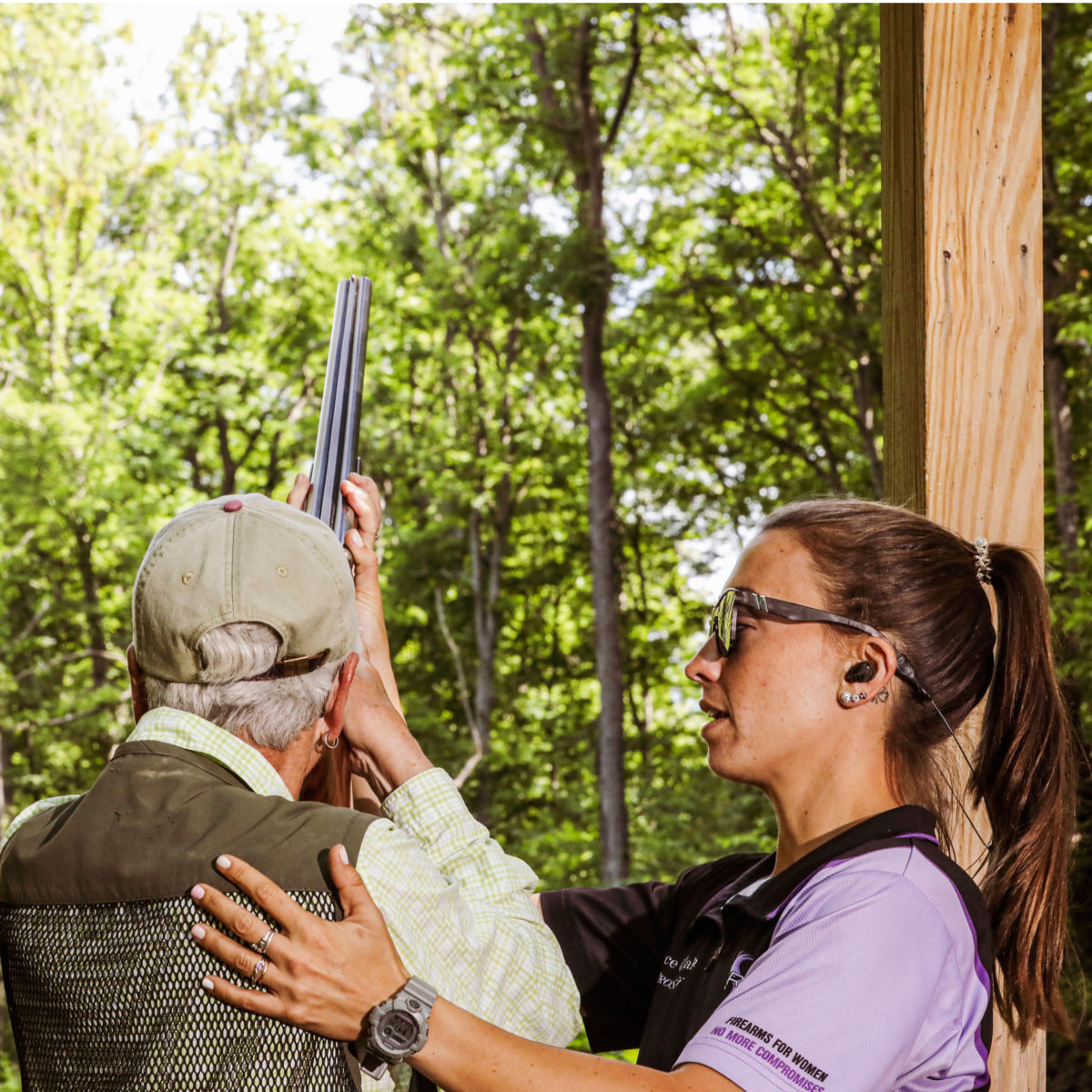 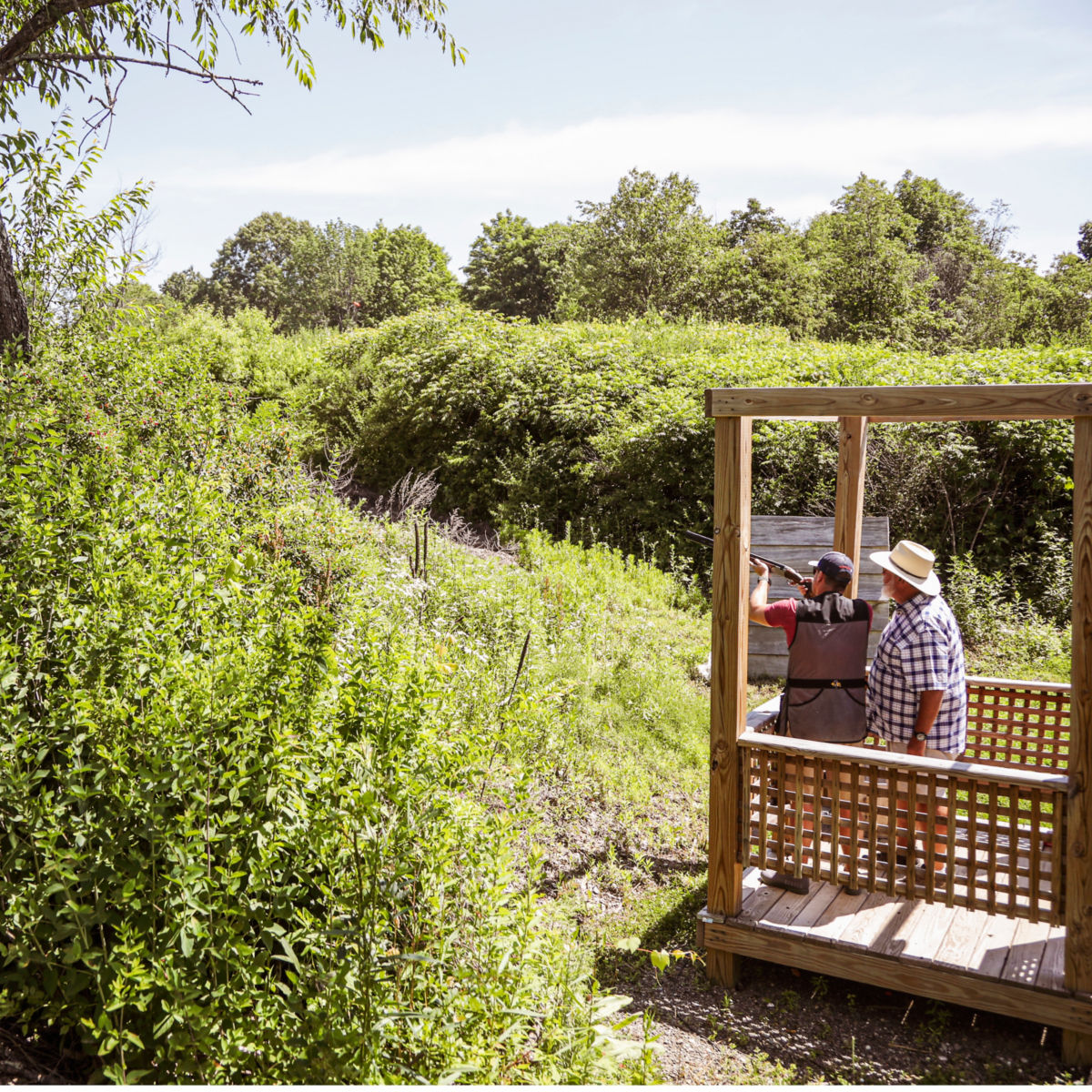 The Orvis Shotgun Classic Advanced Wingshooting Clinic is an opportunity for skilled shooters to refine their technique under the guidance of a team of internationally esteemed shooting instructors. With two days of personalized instruction, students will get an opportunity to seek out specific tips, tricks, and adjustments that will enhance success both on the clays course and in the field. Host Paula Moore of Orvis Sandanona will be joined by Guest Instructors Diane Sorantino, Chris Batha, Grace Callahan, Steve Liberta, Travis Mears, and Will Fennell, and students will have access to all of these instructors in private sessions.

Accommodations What to Expect Instructors Water and/or Terrain Dates FAQs

Lodging is not included with this experience, but there are numerous lodging and dining options around Millbrook and nearby Poughkeepsie.

The Orvis Shotgun Classic is a chance for participants to develop and refine specific skills under the guidance of world-class instructors. This event is dedicated to the participants, meaning that students will have exclusive and unlimited access to Sandanona's 2 Clays Courses, 5–Stand, and Flurry. Each participant will receive:

Students will work with instructors in groups of four, moving through two 1 hr., 15 min. blocks each morning, and two more in the afternoon. Instructors will be allocated and requested upon booking, and schedules/allocations will be set as the date draws near. Outside of instruction time, students can shoot at will; Sandanona trappers will be on call.

Chris Batha is one of the most qualified and experienced shooting instructors and gun fitters in the world today. With more than thirty years of experience in game and competitive clay shooting, Chris has shot game birds on three continents and in 14 countries. You won’t find anyone who does more instruction each year than Chris.

Diane Sorantino has over 40 years’ experience as a competitive shooter and hunter. She is arguably the most accomplished female sporting clays shooter of all time. Diane trained with Dan Carlisle and continues to use his methodology to coach all levels from novice to advanced students.

Will Fennell was raised in a hunting and shooting family. He had a rifle or shotgun in his hands since age 5! Will has shot over 100,000 registered NSCA targets here in the U.S. and many more in Europe. In 2004 Will left his corporate job and started teaching sporting clays full time. He and his wife Elizabeth both teach in Sharon, S.C. at the Fennell Shooting School.

Grace Callahan received her first gun on her 10th birthday, and it has been “game-on” ever since. After hunting and exploring a little in Olympic Bunker trap through high school, Grace soon learned that sporting clays would become her priority. She was on her varsity high school team and won Lady Championship of her division all four years!

Steve Liberta has experience teaching all levels of shooters from beginners to competitive shooters. Steve uses the Carlisle method of coaching and is a Master instructor from the Carlisle Academy. Steve has a long line of students at his home base in San Antonio, TX.

Travis Mears is the president of the Fort Worth Defender Outdoors Clays Sports Ranch in Texas. He has been a competitive shooter since he was 9 years old and has won numerous youth, collegiate, and then professional circuit awards. Now he shares his knowledge and passion through his range, exhibition shooting and sporting clays.

Orvis introduced one of the first sporting clays courses in the country at its Manchester, Vermont Shooting School. Orvis Sandanona upholds this tradition with two courses running simultaneously on the property. Sandanona is located in New York's Hudson Valley. It is a singular destination where guests can shoot to their heart's content, shop in the extensive retail space, or simply unwind on our wrap around porch.

This is a place where the traditions of the field and the hunt are held in the highest regard; it is the oldest permitted shotgun shooting club in the country. The main lodge was built during the presidency of Thomas Jefferson, and, using its richly textured past as a foundation, Orvis Sandanona has built a thriving, modern sporting clays shooting ground that is consistently ranked among the very best.

Can I bring my own shotgun?

Of course; students can bring personal guns and are encouraged to shoot the gun that they are most familiar with.

Are small-bore or game guns applicable?

Yes; shoot the gun you would like to receive instruction on or get practice with.

Yes, but they must be kept on-leash. Sandanona has limited kennel space available, so please call to inquire.

Can I use an Orvis Shotgun?

Yes, Orvis has loaner guns available for use.

Can I bring my own ammunition?

Yes, though two cases are included in the price of the event.

Is there a minimum age requirement for this event?

Students must be 12 years of age, though this is an intensive training, so participants must be capable of maintaining a full schedule of shooting.

Is this a good event for novice shooters?

No; the Shotgun Classic is geared to experienced shooters.

If you must cancel your trip, refund fees are based on the cancellation date, as follows:

Thanks for your interest in Orvis Shotgun Classic Advanced Shooting Clinic. Please let us know your questions below and our team will contact you shortly.