Keeping up with one fleet-pawed pooch

The dog walks the road leashed to restrain his exuberance. We are vacationing in northern New Mexico for a few weeks, trading the fecundity of Mississippi for the expansiveness of high desert. He trots ahead of me, stopping to inspect a culvert, lowering his head and bringing his shoulder blades together on his back. I pull lightly at the leash and he plunges forward again, leading with the nose.

Frank is a handsome animal with a coat like polished walnut and the lean muscles of a sporting dog. At home in Oxford, Mississippi, he elicits compliments from men on the street. They think he’s a gentleman’s dog. In reality, we found him at a county animal shelter, where he shared a metal pen with a hyperactive puppy. We had lost his predecessor, a gentle giant of a Labrador retriever, to cancer barely two months earlier. I wasn’t ready for a new dog, but I couldn’t stand living without one either.

Before he’d landed in dog jail, Frank had been a fixture at the local high school, using his expressive brown eyes to cajole snacks from the kids. When the school closed for winter break, administrators called animal control. The shelter Frank ended up in had so many good dogs I could hardly choose. What about the yellow female smart enough to unlatch her pen? Or the fuzzy black mutt who scarcely made a sound? Finally, the kennel attendant settled it for us. He said that Frank was his favorite, and that he’d been there a long time. So we paid thirty-five dollars and took the dog home. Frank’s body shows evidence of Labrador retriever, but he won’t swim and is a half-hearted fetcher. We’d soon learn that his soul is something else.

This vacation he has a routine. After the road, we return through the gate. The house we’re renting sits alongside two others on three fenced acres. We stand at the end of the long gravel driveway. Frank sees things I can’t see. Or smells them. Or hears them. Or all three. His ears dip forward and he focuses on some point in the middle distance, past the grasses and anemic apple trees growing in the yard to our right.

I tell him to sit and he obeys, slowly, his rear drifting downward in increments, his attention still fixed elsewhere. But he knows what’s coming. The muscles in his shoulders twitch. I reach down to release his collar and in the same instant he bursts forward like a sprinter out of the blocks, bounding past the sagebrush in long, graceful strides. The earth gives off a quiet thud each time his paws hit the dirt.

We don’t know where Frank came from or the exact composition of his pedigree. But we know he is a runner. An athlete. A being that becomes his fullest self in these moments spent striding across hills and fields. We discovered this a few weeks after bringing him home, when we decided to unleash him on the wooded trails south of the University of Mississippi campus. Frank trotted at our heels for twenty yards before darting away. Soon, we could neither see him nor hear the clink of his tags. We shouted but it didn’t work. We thought we’d lost our new dog. Twenty minutes later, Frank was back, panting and wagging, a look of satisfaction in his eyes.

Since then, my husband has clocked him racing alongside an ATV at thirty-six miles per hour. He leaves other dogs huffing in his wake and shuns the easy trail in favor of the most intriguing route. When we hike in the forest, he is behind us, in front of us, to the side of us. He is clearing a log in a confident leap or charging up the side of a ravine or loping out of sight. He has twice run so hard that the pads on his paws have peeled off. We’ve started buying a protective product for sled dogs, a sort of paw wax, to smear on his feet.

In our early days together, I wasted countless afternoons trying to teach Frank to come on command. But he isn’t the kind of dog that will trade a liver snap for his freedom. Eventually, I learned to trust that he’d return on his own.

Here in the open terrain Frank can achieve full gallop. He sails in an arc toward the east, where the green Sangre de Cristo Mountains rise from the brown plains. Let’s be clear: There are rabbits in this yard, and Frank will chase them. He will roust them from the bushes and track them in frantic circles, nose to ground and tail to sky. He is equally vigilant against birds, happy to charge at the finches pecking seeds beneath the feeders. But that is not what is happening now. This is not the time to pursue prey. This is about speed and power and motion. He has no destination. He is just running to run.

In twenty minutes, Frank will be sated. He will trot inside, tail wagging, to consume a bowl of food and drain his water dish. Then he will lie on his side on the cool concrete floor, eyes closed, the barrel of his torso rising and falling as he sleeps. He will be as still then as he is fluid now.

For the moment, I watch him. It will take about twenty seconds for Frank to disappear behind a cluster of sage-colored bushes or to glide around the corner of the caretaker’s house. But while I can still see him, I am transfixed by his strength and the joy he finds in his body. Does the gravity-bound canine dream of flight? This is close. Out here it’s obvious his ancestor is the wolf. He’s as much a part of the landscape as the peaks and dust and sky.

Frank is still a young dog, maybe four years old at most. I don’t like to imagine a time when his joints might stiffen and his sprint slow to a saunter. Some dogs like to run, and other dogs need to. I think that somewhere in the depths of his beast’s brain, he’ll remember his former swiftness and he’ll miss it. Today, though, he is a marvel, every sense alert, making full use of the body he was given.

I am also a runner, although if Frank could speak he’d probably call my plodding gait a jog. Sometimes we run trails together and I look up to see him paused with a front paw lifted. He stares back at me expectantly, as if my turtle’s pace were a conscious ploy to slow him down.

Runners cannot explain themselves to nonrunners. Critics say that our knees will grow brittle and fail. They question the utility of sweat and exhaustion and ragged breath. Maybe there’s no good explanation for why we do it. Maybe the instinct comes from somewhere without words. But I can tell the naysayers this: Some days I follow Frank’s lead. I abandon my measured trot and accelerate, stretch my legs until the muscles ache, hear my feet strike the earth, swallow air until my throat burns. I become an animal sure of its place in the world. 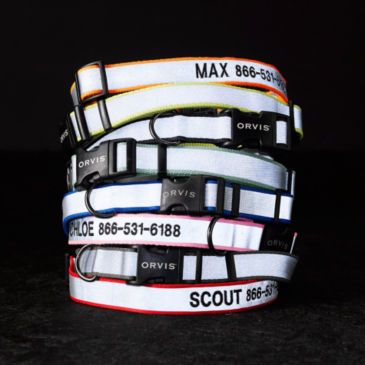