When Is The Best Time To Go To New Zealand? 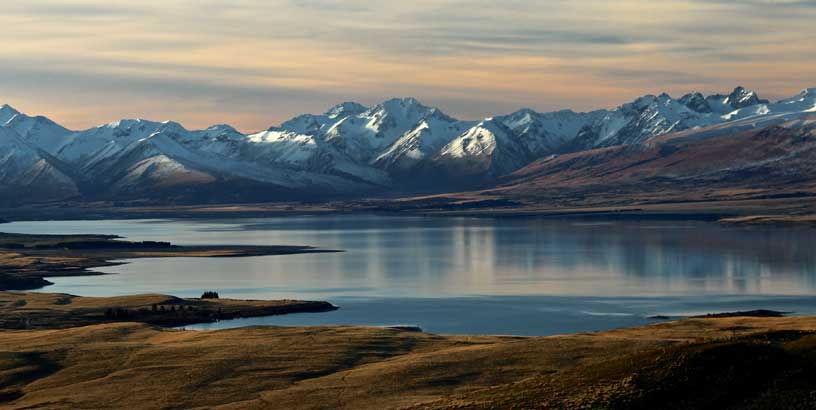 If you’ve got a hunch there’s no bad time to visit New Zealand, good on ya, mate! (That’s how Kiwis—New Zealanders, informally—say “well done.”) Because, truly, any time of year is the best time to visit this jaw-droppingly beautiful island nation in the South Pacific. The best of the four seasons is on offer but the temperature never rises or drops to extremes. In summer, you can go fly fishing on the country’s pristine rivers without roasting, and in winter you can hit the slopes without the cold driving you indoors after a single run.

The weather in New Zealand is notoriously changeable, however, depending upon where you are and the local landscape—which can go from soaring mountains to fjords to rolling farmlands to sandy beaches, sometimes in the course of a day’s drive. You’ll need travel clothing to stay comfortable in both warm and cool conditions no matter the season.

The North and South Islands of New Zealand together run just under 1,000 miles north to south, separated by Cook Strait, which is 16 miles across at its narrowest. Located in the Southern Hemisphere, New Zealand gets colder the further south you go, so the South Island tends to be colder than the North Island year round.

New Zealand has high rainfall, but no specific rainy season; rain falls evenly throughout the year. Downpours can happen at any time, so proper rain gear is important to prevent a soaking that dampens your adventure. Most of the country’s snowfall occurs from June through October, and usually inland and on the mountain ranges that traverse each island.

Here’s a guide to the average temperatures in New Zealand throughout the year:

When planning your visit, consider what you want to do and how you feel about crowds. If you plan to ski, visit during the New Zealand winter. But remember that the seasons are flipped from North America—when it’s winter here, it’s summer there. If you’re planning a fishing adventure, any time of year works, but the type of angling you prefer will guide your timing.

New Zealand is abundant with coastline, alpine lakes, rushing rivers, and peaceful tributaries—in other words, it is an angler’s Shangri-La. The season for big game fishing runs from December to June, when you can set off into the South Pacific on a charter to chase marlin, yellowfin tuna, kingfish, and billfish. High fly fishing season on the South Island runs from December through March, while the high fishing season on the North Island runs from October through April. On either island, you’ll encounter rainbow and brown trout, while you’ll find salmon only on the South Island. If you prefer fewer anglers, aim to visit in the month before or month after high season.

New Zealand is one of the most popular destinations in the world for Southern Hemisphere skiing and snowboarding. There are ski resorts on both islands, but most are located within the stunning mountain ranges of the South Island. The resorts of both islands open in June and stay open through September. Keep in mind that New Zealanders have school holidays in late July and late September, so lift lines are long with Kiwi families enjoying winter vacation.

Best Time To Hit The Beach In New Zealand

New Zealand is renowned for its coastline of pristine, sandy beaches and magnificent rock formations. High beach season occurs in the summer months of December, January, and February. Coastal destinations are filled with travelers from around the world, as well as New Zealanders enjoying their Christmas and New Year’s holidays.

Each season in New Zealand provides its own spectacular display for hikers. In winter, glorious vistas of snowcapped mountains extend as far as you can see. In spring, wildflowers bloom, meadows are filled with frolicking lambs, and sparkling waterfalls cascade with new snow melt. In summer, the countryside is at its most lush and the days are longest. And in fall, the trees turn glorious colors. For any hiking excursion in New Zealand, it is important to be prepared with outerwear and gear. The weather is fickle and can change quickly, especially at the higher altitudes. Many of the country’s remote hikes require guides for safety, especially in winter.

Best Time To Avoid The Crowds In New Zealand

With its varied, dramatic landscape, New Zealand has always been an appealing travel destination for adventurers who don’t mind a long haul trip. But its popularity grew exponentially following Peter Jackson’s Lord of the Rings and The Hobbit film trilogies based on J.R.R. Tolkien’s beloved fantasy books. If you really want ‘Middle Earth’ more to yourself, here are the general travel seasons you should know:

Peak Travel Season: December - February. Summer is the most popular time to visit New Zealand, and it’s the Christmas and New Year’s holidays to boot.

Fall (Autumn) Season: March - May. The tourist crowds thin out as temperatures drop.

Winter Season: June - August. Outside of the ski resorts, you can explore the country free from long lines and crowds.

Spring Season: September - November. The tourists start to trickle in as the snow caps melt, but it is far quieter than peak season.

Based upon your activities and preferences, there are certainly prime times for your trip to New Zealand. But rest assured there is no wrong time—each season brings new wonders, hues, and adventures to relish. And New Zealand’s majestic landscapes always rise above the crowds.

How To Plan A Trip Abroad

How To Pack Light: Tips For Travel Near And Far

How To Pack Photo Gear For A Trip