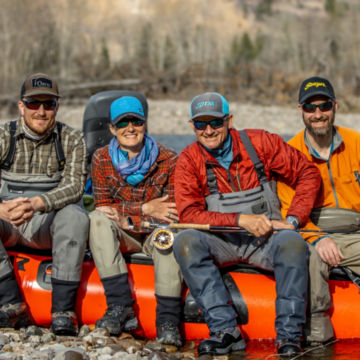 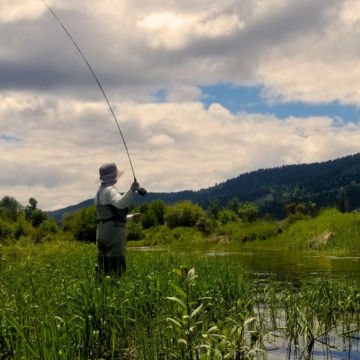 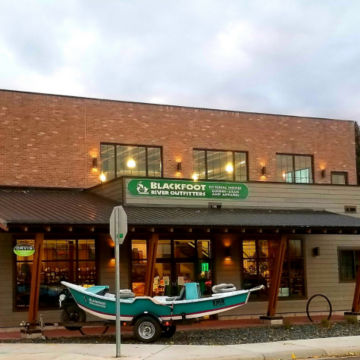 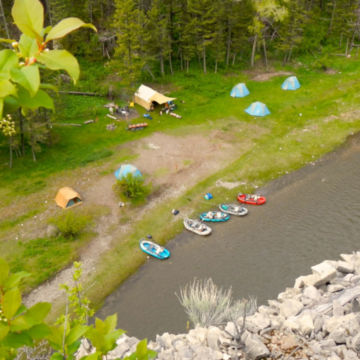 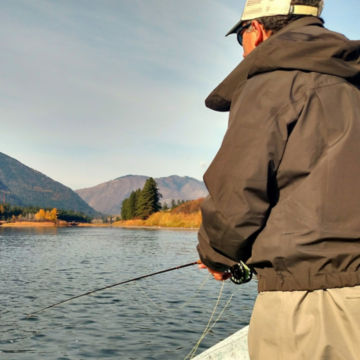 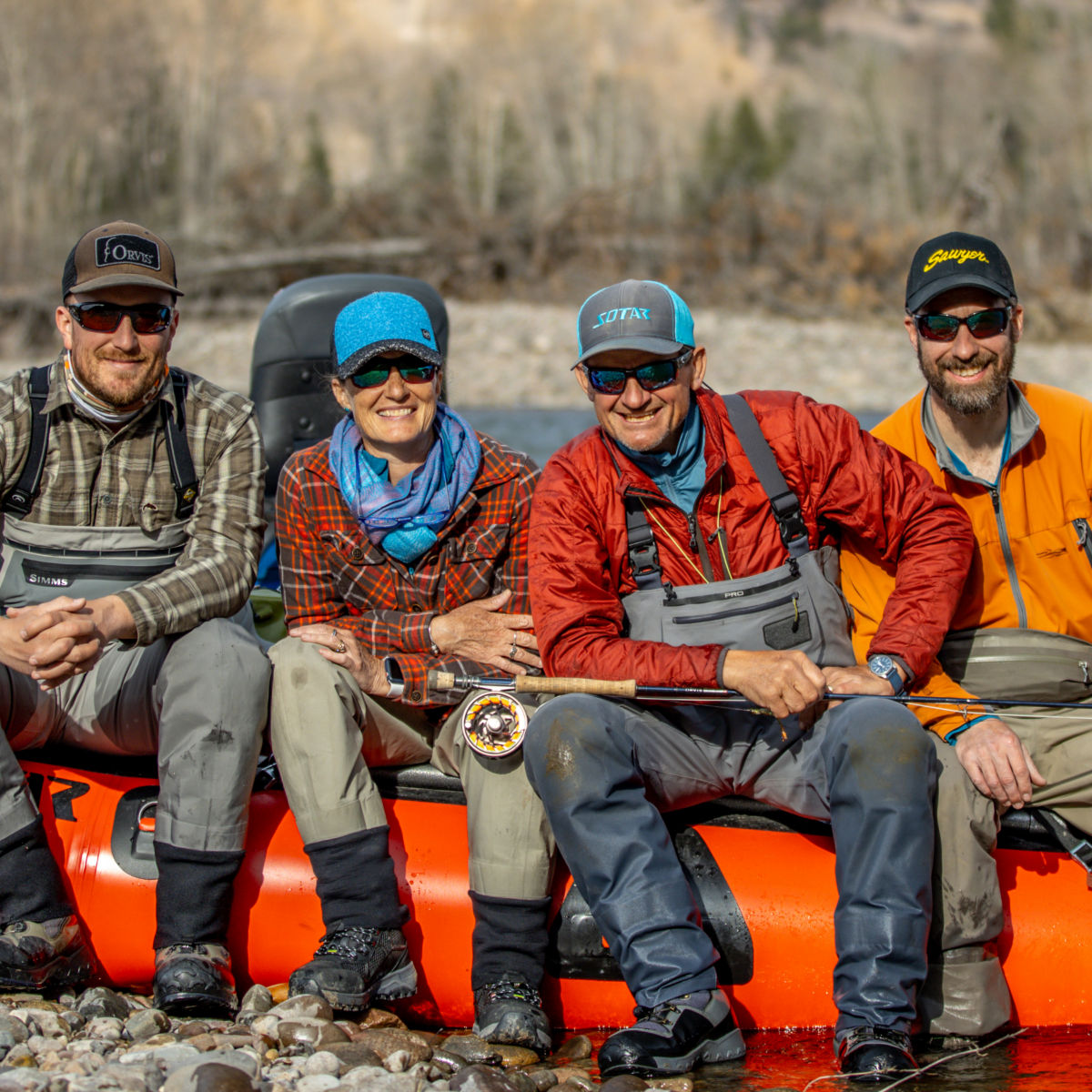 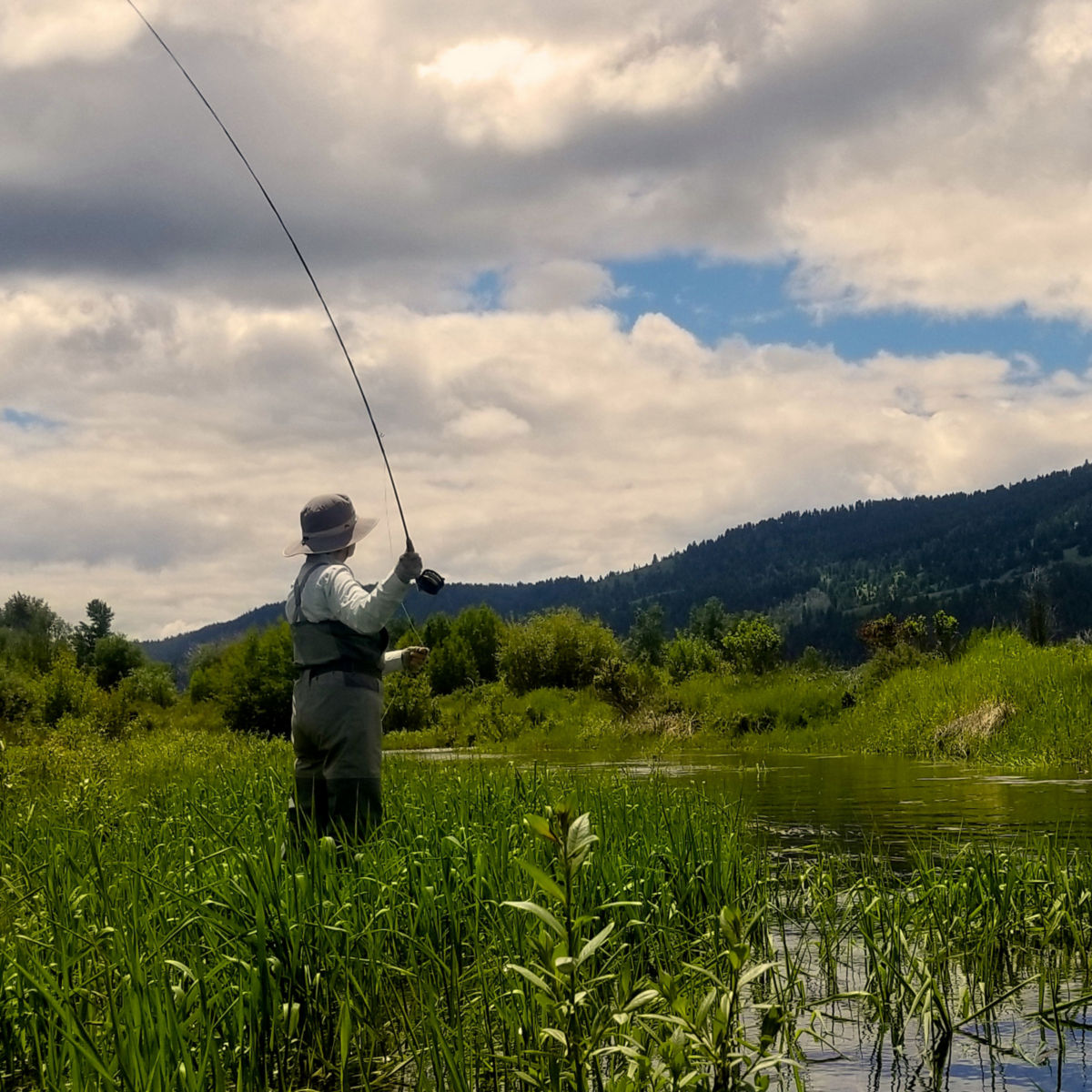 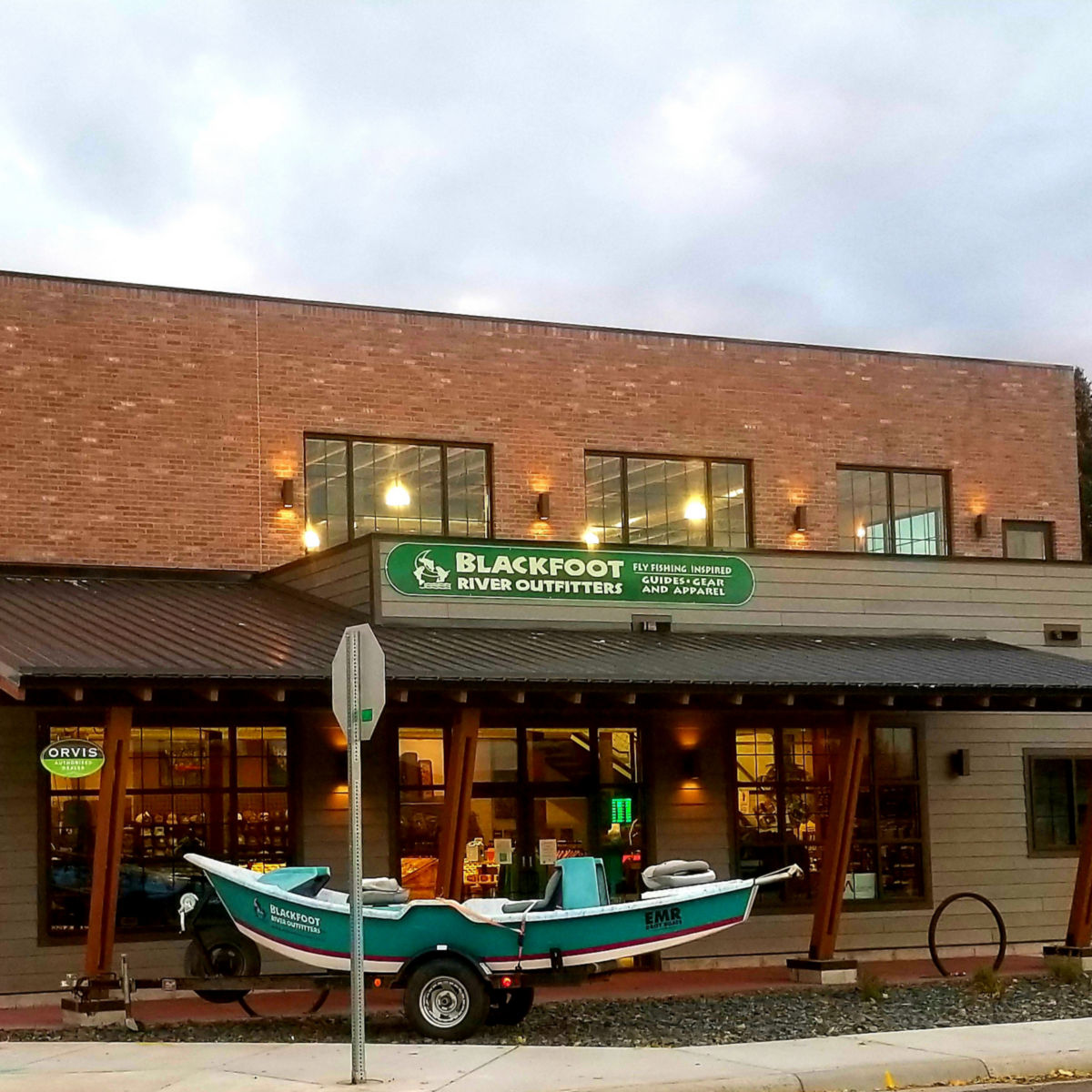 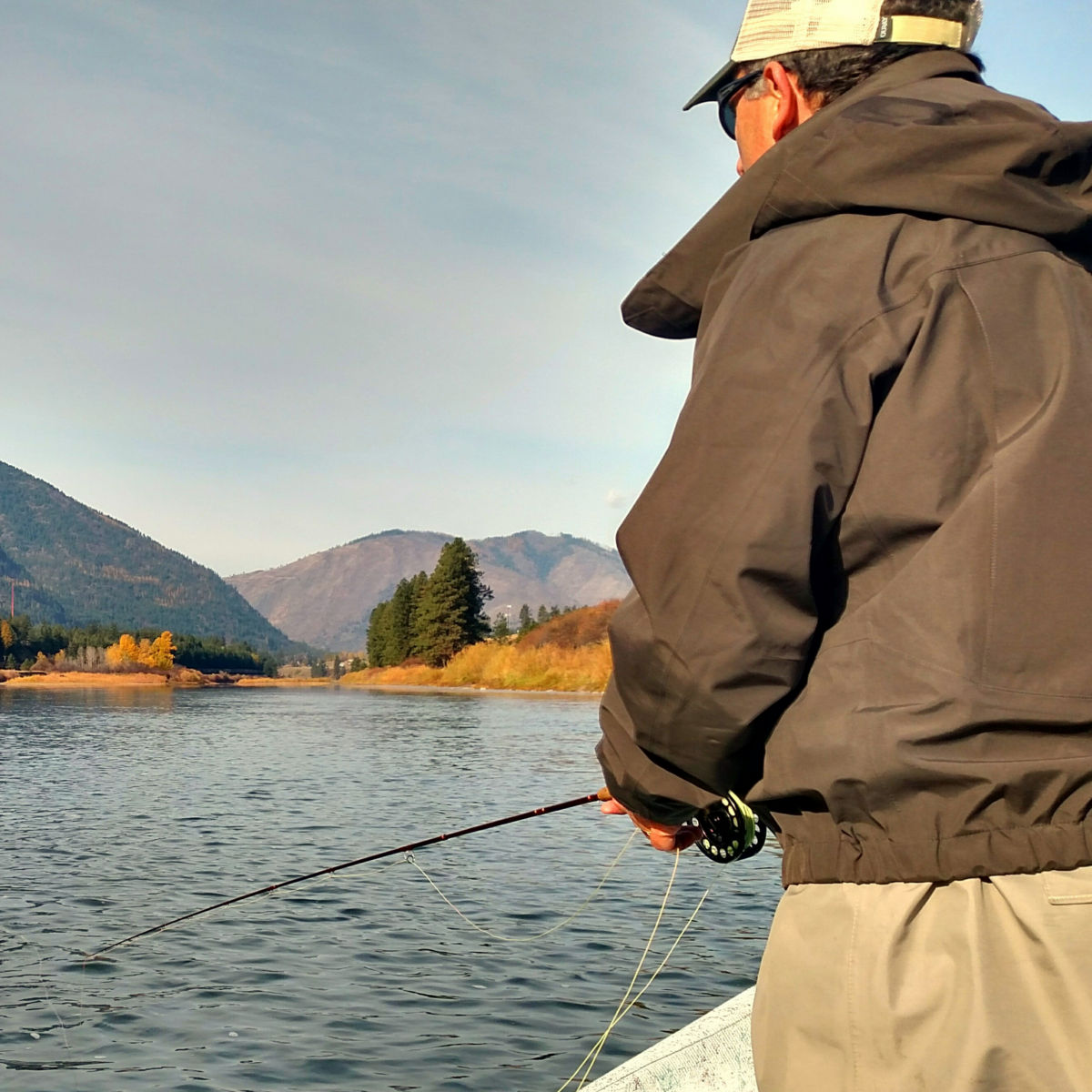 Blackfoot River Outfitters is a family-run business located in the heart of trout fishing paradise. Owners John Herzer and Terri Raugland are experienced guides and outfitters who have worked the waters of western Montana for more than 20 years and guided around the world. Our guides know the water, the fish, the hatches, the wildlife, and the landscape. With over 400 river miles within an hour's drive of Missoula, we're able to choose among the dozens of floating and wading options to ensure that, regardless of season, you have a great time and a great opportunity to catch fish. Blackfoot River Outfitters is keenly aware that their livelihood depends on clean water and healthy fisheries. Blackfoot River Outfitters actively supports catch-and-release fishing and habitat preservation.
Fly Shop What to Expect Water and/or Terrain FAQs

Trip itineraries vary depending on the individual. We cater to most any trip and itinerary folks are interested in. Our guides are well versed in full-day, half-day, and overnight fly-fishing trips. A typical guide day starts about 8am, meeting at our fly shop or local hotel, fishing throughout the day, and finishing up anywhere between 5:30pm and 7:30pm, depending on river conditions and weather.

Blackfoot River Outfitters provides everything needed to have a great day of fly fishing: rods, reels, flies, shuttle, transportation, and a great riverside lunch. You will just need to have a valid Montana fishing license for the day.

Montana rivers are full of healthy, wild trout. We do not stock our rivers and practice catch and release on all of our guided fly-fishing trips. Westslope cutthroats, rainbows, browns, and bull trout are among the species caught in western Montana.

Montana rivers are full of healthy, wild trout. We do not stock our rivers and practice catch and release on all of our guided fly-fishing trips. Westslope cutthroats, rainbows, browns, and bull trout are among the species caught in western Montana.

Take out an atlas. Find western Montana. See all those wavy blue lines? That, in brief, is why there's no better place on the planet to fly fish for trout than Missoula, Montana. The Bitterroot, Big Blackfoot, Clark Fork, and Rock Creek are our meat and potato rivers, but our operation plan includes a host of other famed waters including, but not limited to: the Big Hole River, Smith River, Missouri River, Dearborn River, Beaverhead River, and Georgetown Lake. Most of these rivers are both floatable and wadeable, although we run 90% of our guided trips from either a raft or a driftboat.

Missoula, Montana's fishing season is quite long when you consider the opportunities of the spring and late fall fishing here. Our season usually starts mid-March with Skwala hatch—it's the first stonefly of the year and can be some of the best dry-fly fishing of the year. Spring weather fluctuates rapidly here—snow, rain, hail, cloud cover, bright sun—you name it, we've seen it. Typically though, it's cooler in the morning (waders, light jacket for attire) and then warms nicely throughout the meat of the day (t-shirt with waders) and then cools again toward evening as the sun sets over the mountains. Summer weather is usually pretty pleasant with temps ranging from the high 70s to low 80s in June and early July. Mid to high 80s and low 90s throughout late July and August are about standard with an occasional rain shower in the afternoons in July. Fall is about as good as it gets weather-wise in Montana. September starts out nice and warm, getting cooler throughout the month—typically temps range in the 70s to low 80s on a warm day. October is when we really break out the "gear" for weather; earlier in the month is usually still pleasant, but as we hit the second week of October, we notice the fishing window of opportunity is much smaller due to a lack of warmer temperatures throughout the day. Our guiding season typically concludes about October 15 due to cooler weather and a lack of bug activity.

What is a typical gratuity?

Where is the closest airport?

Missoula International Airport is located in Missoula and services many hubs.

What do you provide?

We provide all the gear and flies on our guided fly-fishing trips.

What rivers do you guide?

We guide the following area rivers: Blackfoot, Bitterroot, Clark Fork, and Rock Creek as well as many others located in other drainages.

Do you use driftboats or rafts on a float trip?

Most of our guides have both rafts and driftboats for floating.

What weight rod will we be using?

A 9-foot 5-weight fly rod is standard for fishing our area rivers and lakes.

Thanks for your interest in Blackfoot River Outfitters, Inc., MT. Please let us know your questions below and our team will contact you shortly.