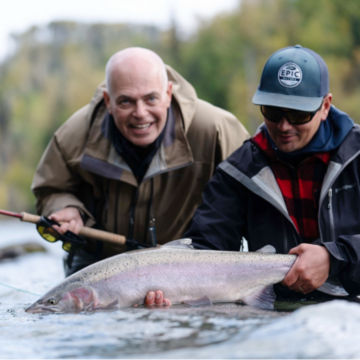 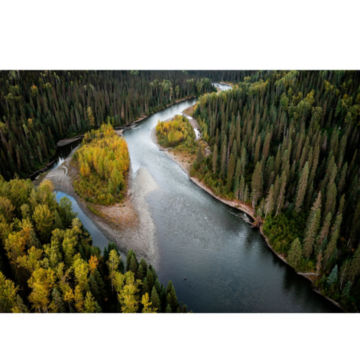 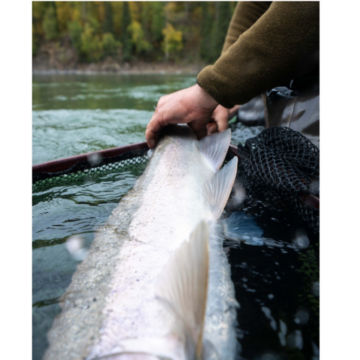 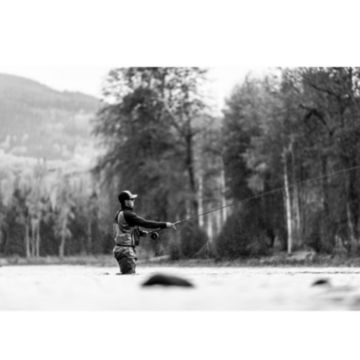 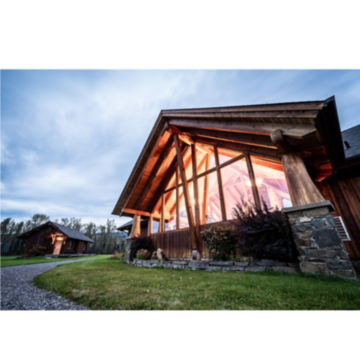 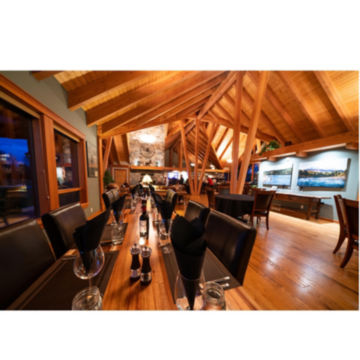 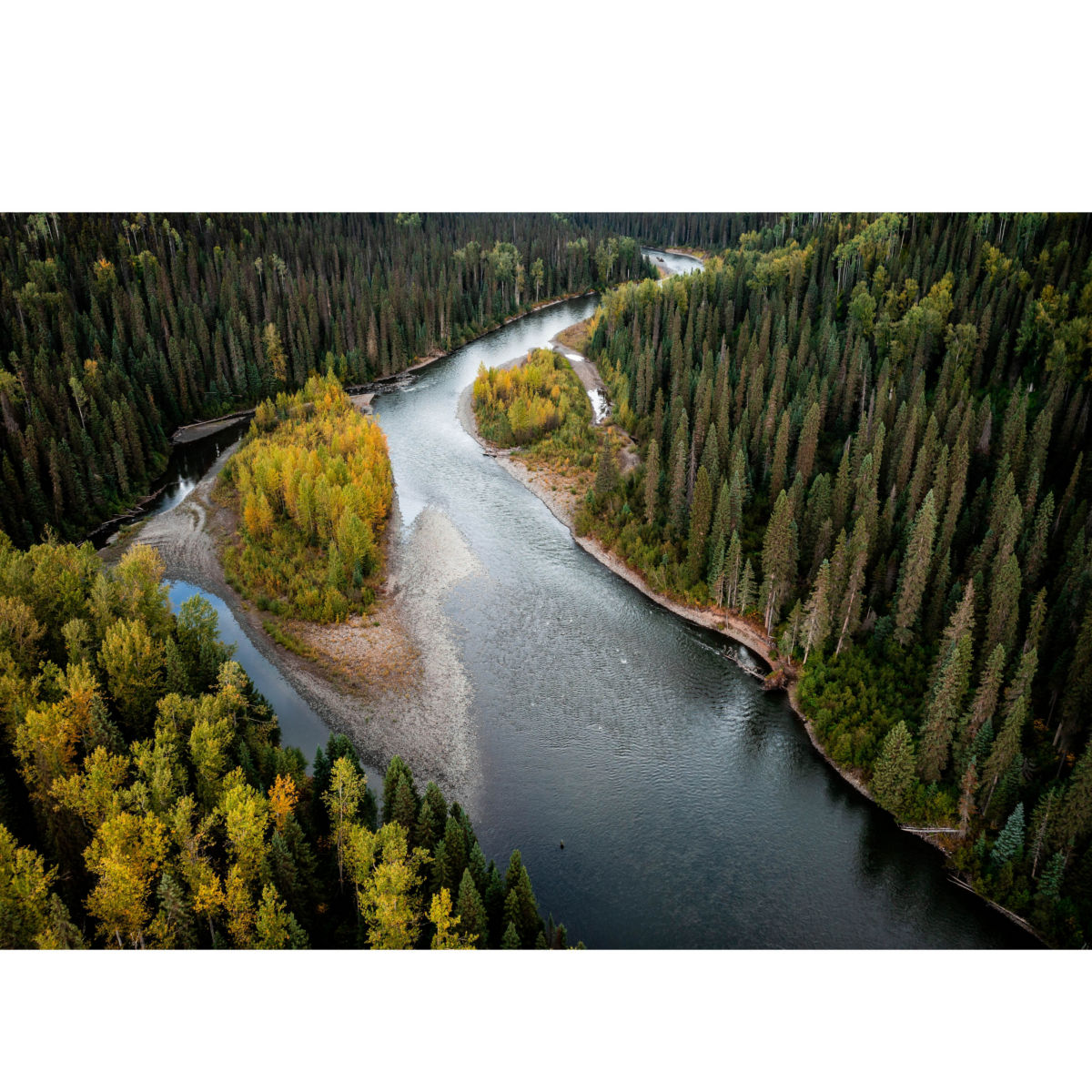 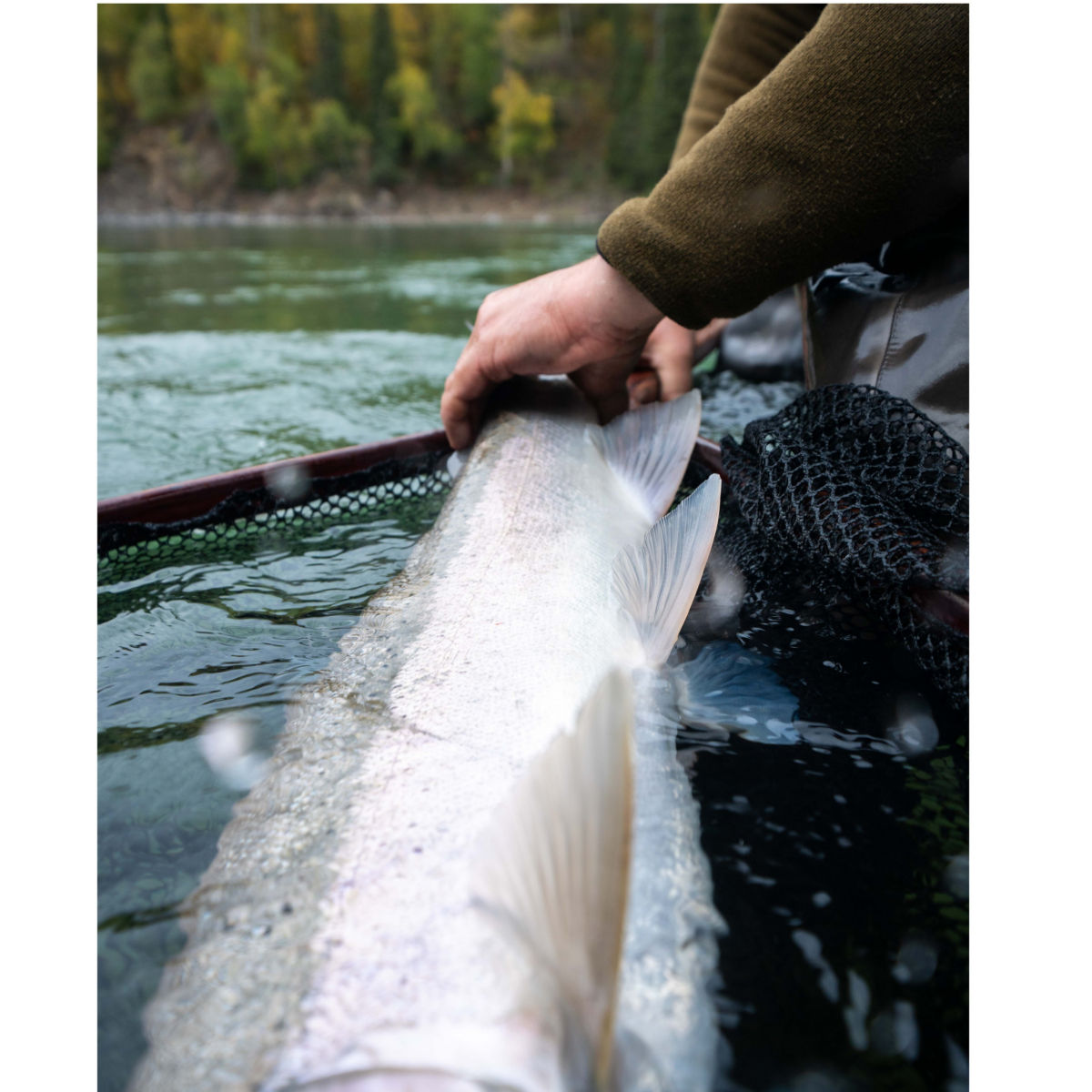 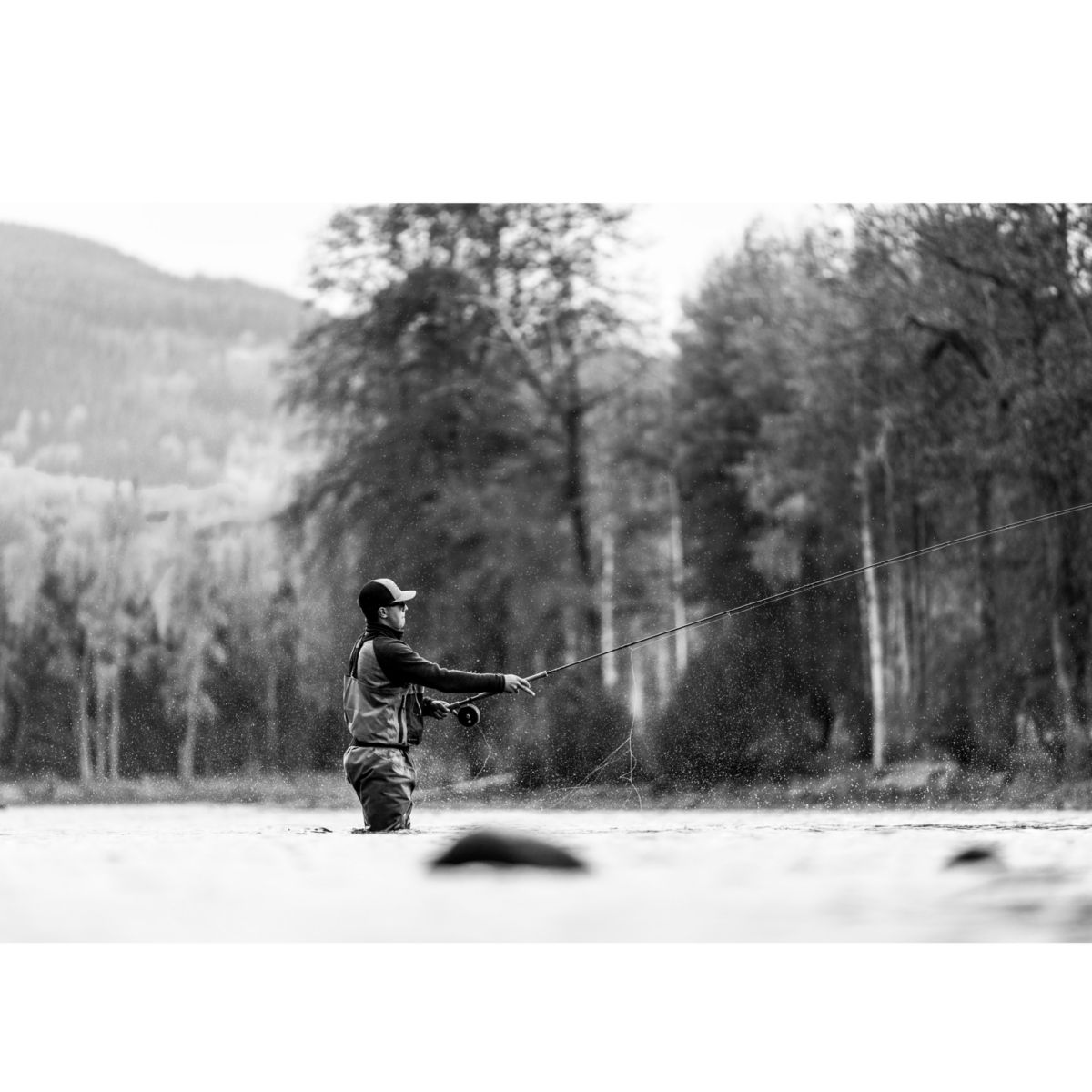 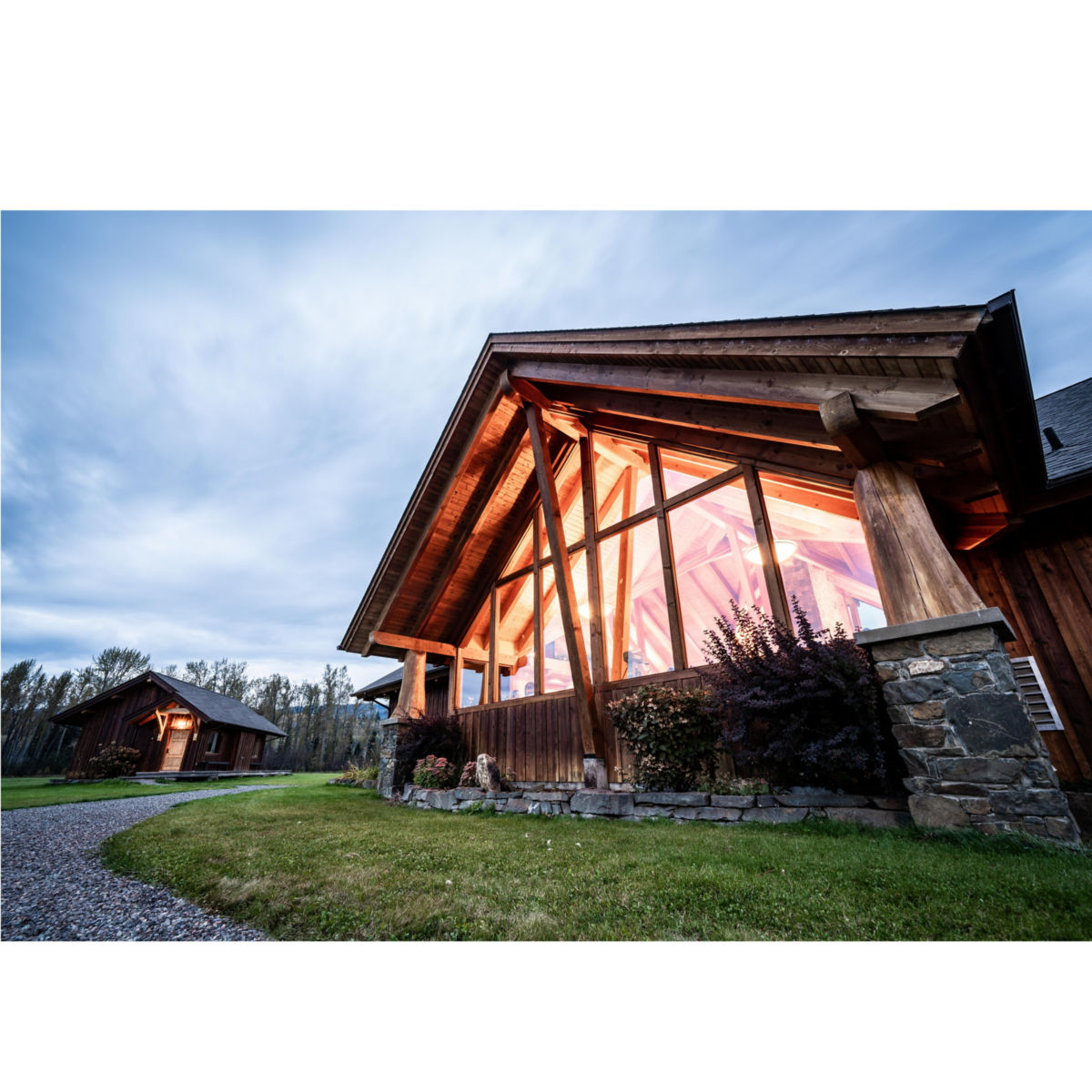 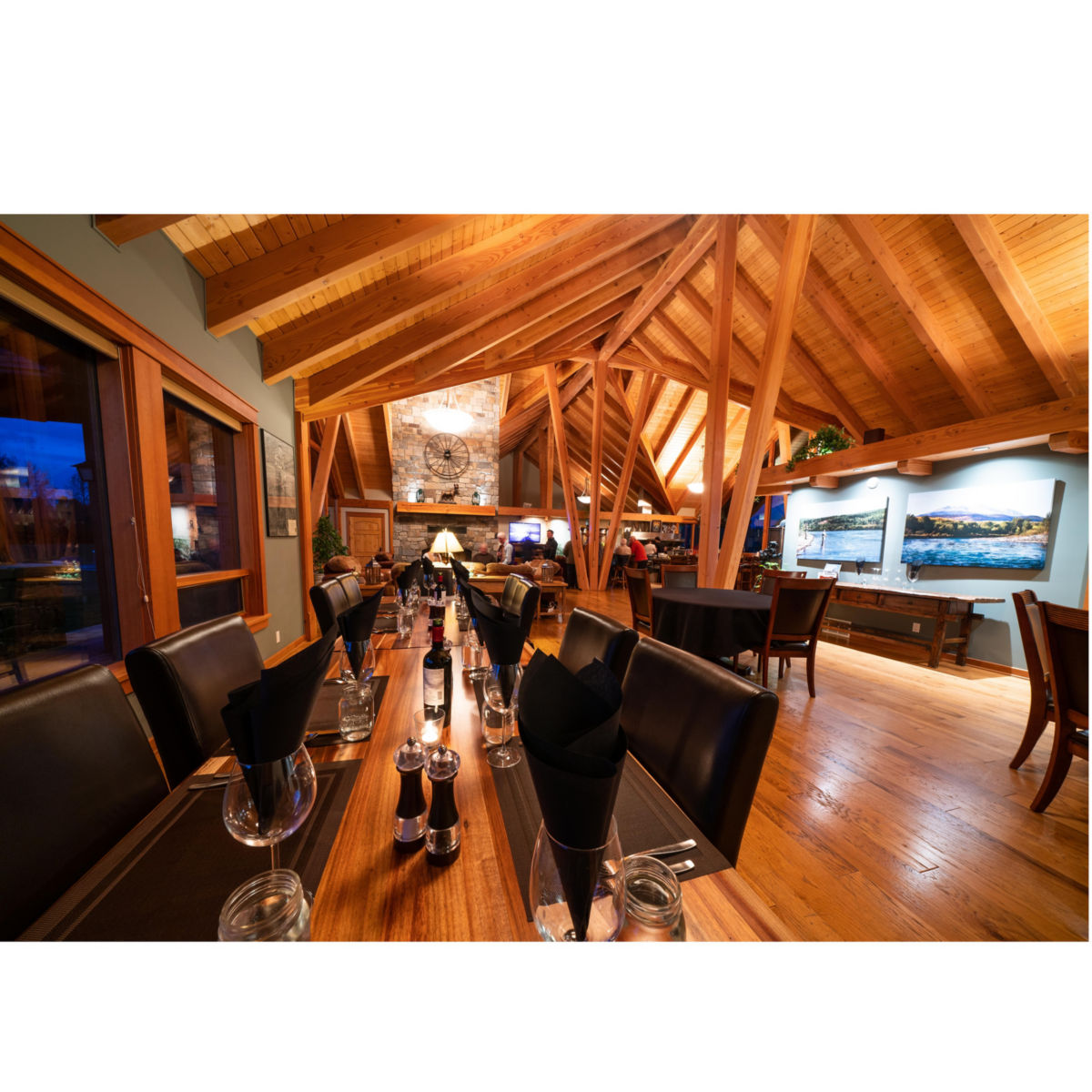 Enjoy Orvis-endorsed lodging with Epic Waters Angling on your fly-fishing trip to Canada’s British Columbia. Epic Waters Angling has the ability and experience to provide the best fly-fishing excursions in the world. Nestled in the space between comfort and adventure, they exist to take you confidently to remote and unspoiled places with spectacular fishing. With unparalleled access to BC's most famous fisheries there are countless Epic experiences to choose from, including the Babine, upper Skeena, Bulkley, Copper, Morice and the archipelago of Haida Gwaii. In the spring you can branch out and tackle amazing saltwater destinations or go north in search of summer salmon fishing in Alaska. Started by Derek Botchford and Andrea Soto with the flagship operation Frontier Steelhead Experience, Epic Waters piggybacked off a decade-plus of success in the Spey world. Headquartered in Smithers, BC they are ideally located to tackle North America’s best salmon and steelhead fisheries, all just a short trip away. Epic excels in attention to detail and flare for all the comforts, whether in a remote setting or a modern resort. Epic Waters is your obvious choice for all things fly fishing.

We recommend bringing your own fishing gear and waders/boots. Should you require, we have loaner gear available. We are always available to help you with any pre-trip tackle questions. Meals are prepared in modern kitchens with gourmet ingredients from local artisans whenever possible. Trained chefs and experienced hospitality staff hone the off-water experience to suit your needs.

We frequent the wild places. Our philosophy is: No matter the effort, we try to get where the others aren't. From helicopter access to streams to tricky boat rides into remote reaches, Epic has you covered.

Skeena Region: This is your stereotypical British Columbia wilderness. Snowcapped vistas with rugged ranges running in every direction. It's the land of grizzlies and moose and of valleys choked with timber. It's the proud territory of the Tsimshian, Gitxsan, and Wet'suwet'en peoples and has a rich tapestry of northern tradition. Lastly, it's home to the biggest salmon and steelhead in the world. They return annually to the world’s most famed glides of perfect swing water. It's affectionately referred to as Steelhead Paradise and, at first glance, you'll agree.

Haida Gwaii: An angler’s paradise unrivaled. In our estimation, the traditional homelands of the Haida people are best place in the world to winter steelhead. Days are long and hiking is the most vital transportation, but the rewards are great. Home to some of the largest Sitka Spruce and Cedar groves, walking through these cathedrals is a perk of island steelheading. The streams are a fortress of alder and woody debris and light fights to cut through. It's a fishery where precision and short casts are rewarded and where local knowledge is paramount. Come and discover your new favorite streams.

Togiak: One of the great Bristol Bay king salmon rivers, born in a mountainous wildlife refuge and spilling across a sprawling estuary into the Bering Sea. With all 5 species of pacific salmon, Arctic char, giant rainbow trout, Dolly Varden, and an immense smelt return, the Togiak is teeming with life. Perfect pea gravel runs that are a dream to swing and tidal pushes of fish that fill them up throughout the day. This is the real Alaska you expect.

We have a core management group of guides and hospitality all with over 20 years each providing high-quality fly-fishing experiences. We know what it takes to make your trip safe and comfortable and have the tools to make your fishing a success.

How do I get to Smithers?

Air Canada has a daily flight from YVR.

Where do I fly?

I have dietary restrictions. Can you help?

Absolutely. We will provide all clients with a request form that will allow our staff to accommodate you.

What weight rod should I bring?

What type of Spey line?

We recommend skagits for nearly every situation and the shorter ones are easier to cast. Scandi heads are excellent for skating dries.

We recommend felt or Vibram with studs. If walking around the snow, Vibram is the only way to go.

Can I bring my other lines?

Of course. Just please bring an appropriate skagit for your trip, as there are situations where they are a superior choice.

Thanks for your interest in Epic Waters Angling. Please let us know your questions below and our team will contact you shortly.