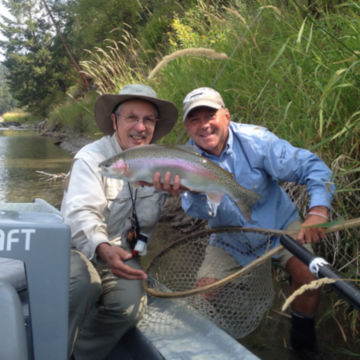 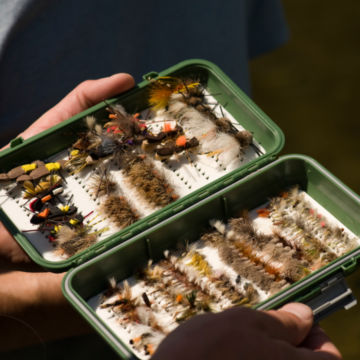 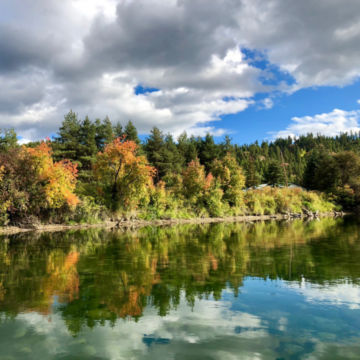 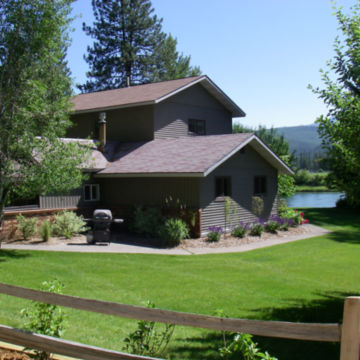 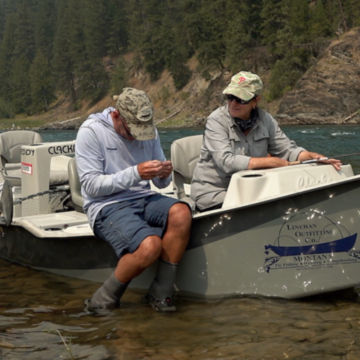 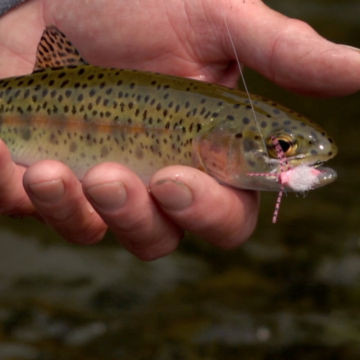 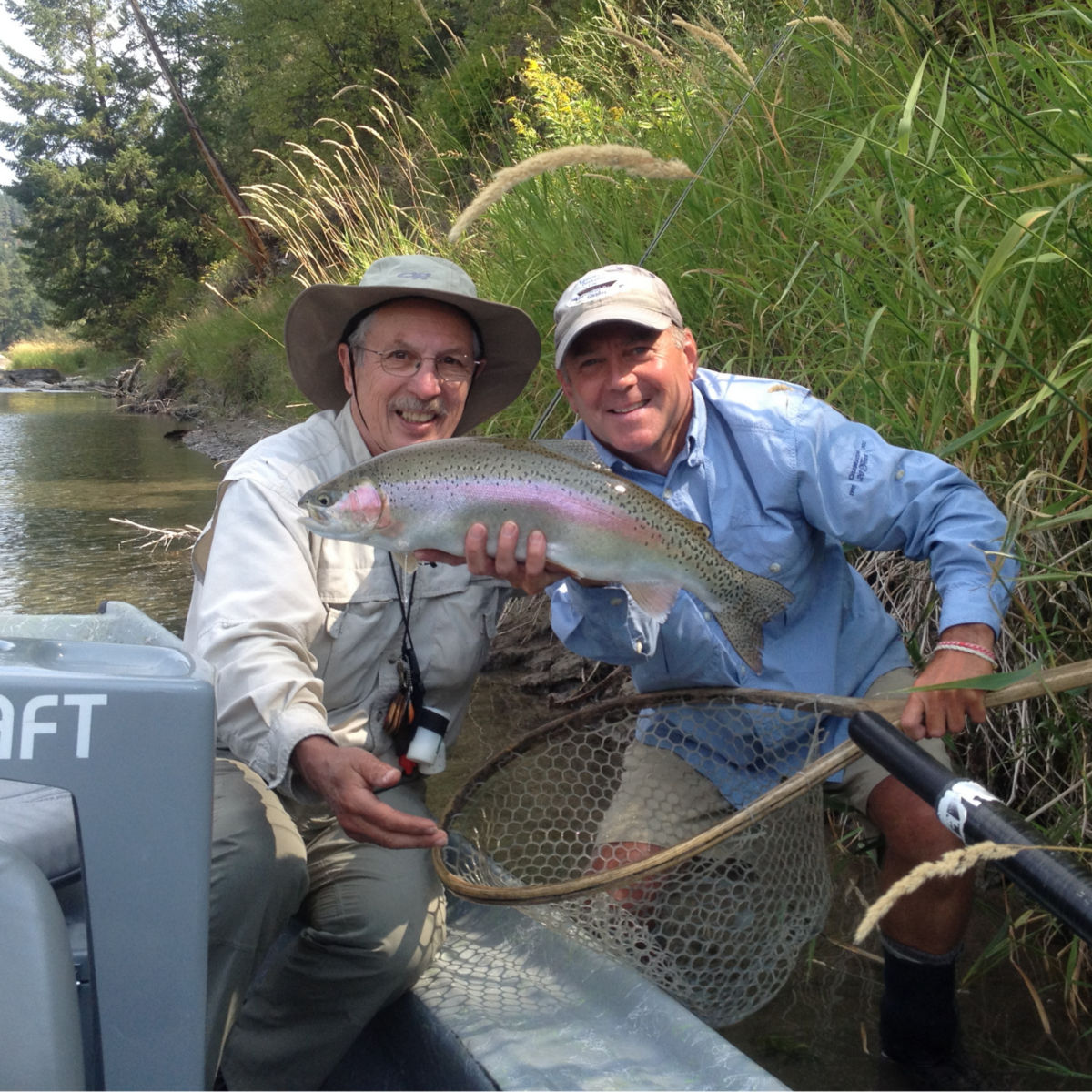 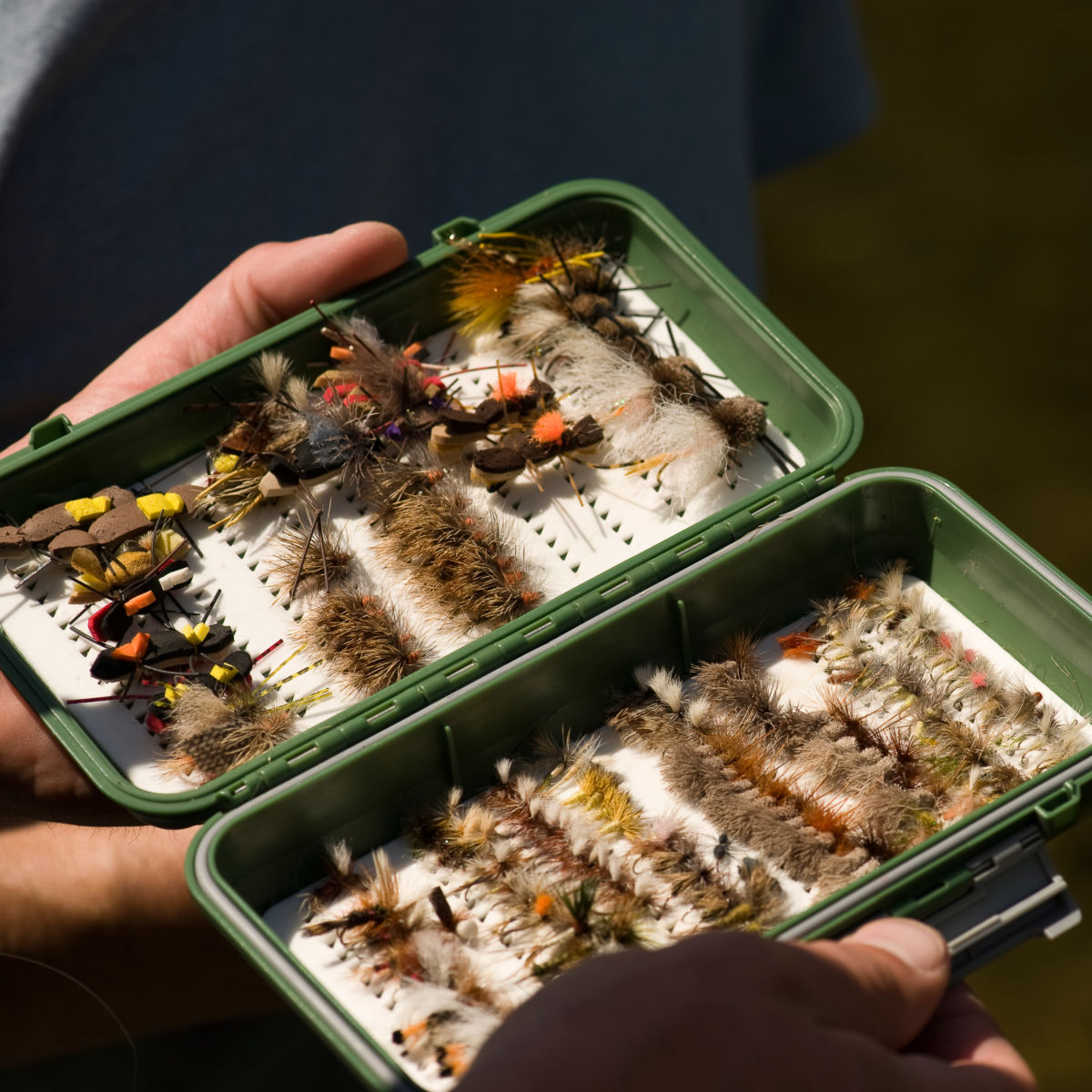 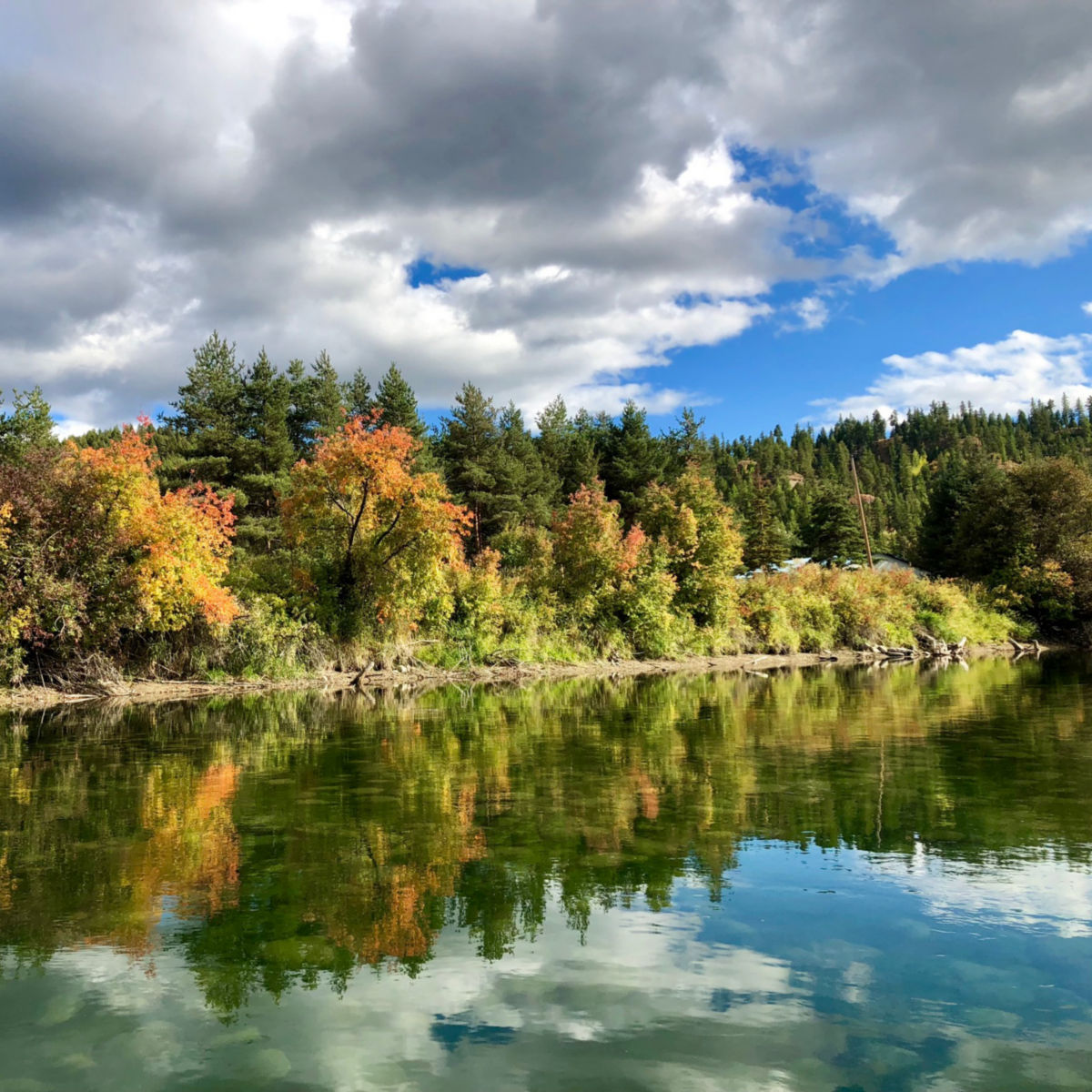 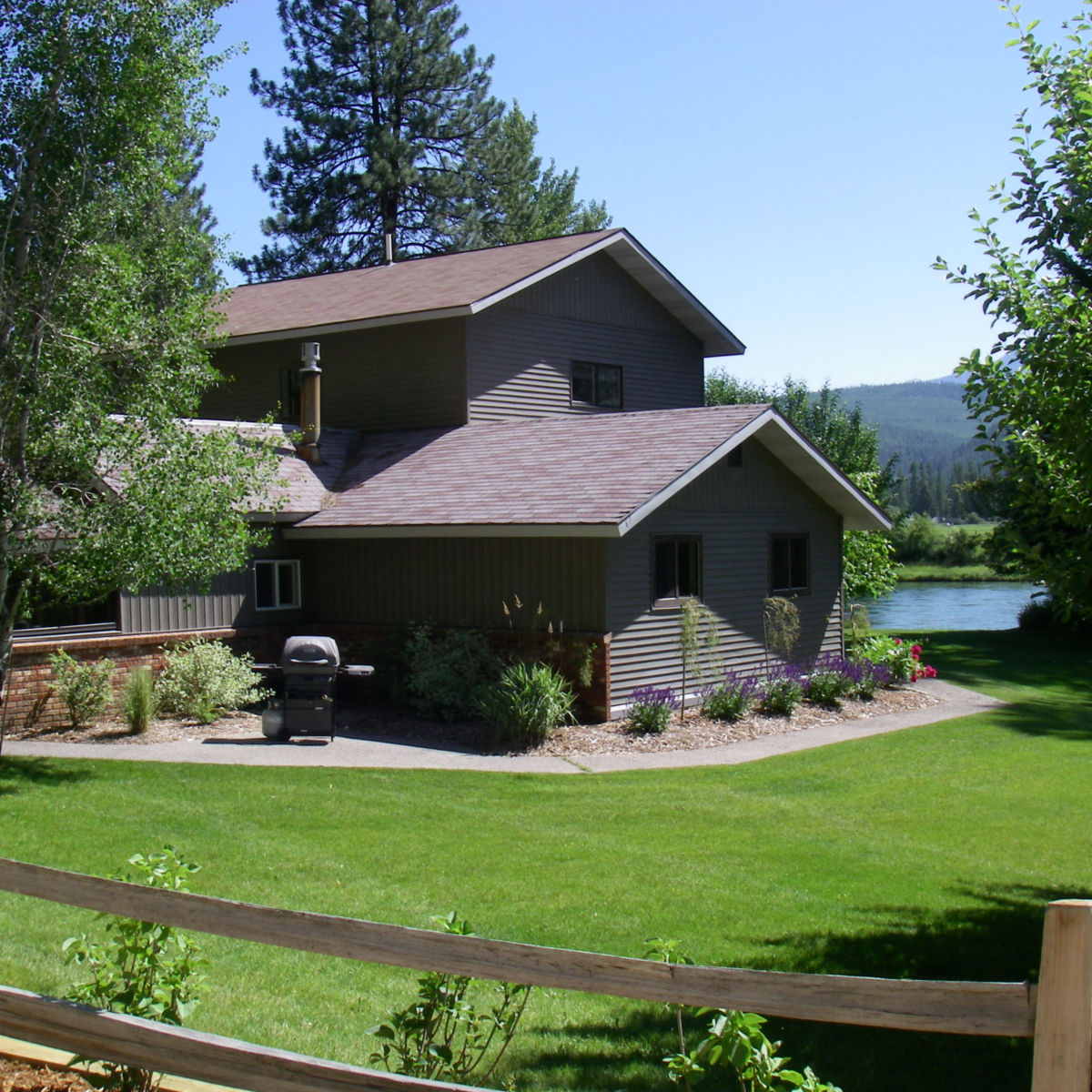 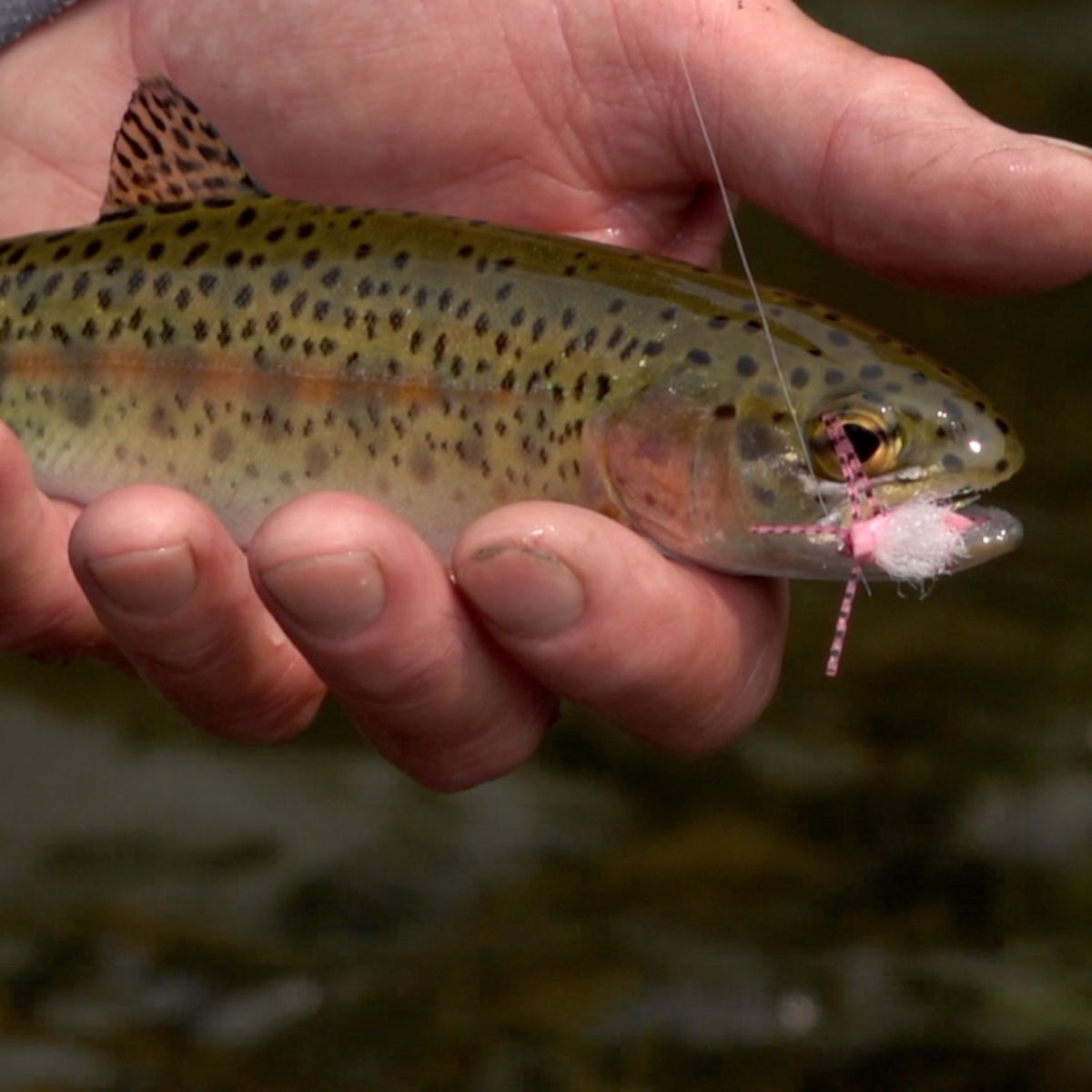 Join the experts at the Orvis-endorsed Linehan Outfitting Company on your fly-fishing trip in Montana: "It has never been our desire to be the biggest outfitter in Montana, just one of the best. We communicate well and in advance so you don't have to worry about the details of your trip. Our staff and guides understand that we are in the service industry. Sure, we take you fishing, but before all that, we're here to help you learn something about yourself and hopefully to take you to a place you've never been before. This northwest corner of Montana is far less traveled. It's a place where the Pacific rainforest ecosystem crashes into the spine of the northern Rocky Mountains. It's a place of dense, coniferous forests and it smells like Christmas every day. The Kootenai and Clark Fork Rivers and the small streams that supply them with cold water throughout the season are still wild and fish well from the middle of June into October. Nymphing is great, pulling streamers is fun, but we spend most of our time fishing dry flies to some of the hottest rainbows in the state. We're not for everyone. It takes a full day to get here. But we like it that way and have a feeling you will, too."
What to Expect Water and/or Terrain Rates FAQs

We provide all gear including rods and reels. We encourage you to bring your own waders and wading boots. It's also common to bring your own flies if you have some boxes and or if you tie and prefer to use your own. Otherwise, we provide flies.

Waders are not necessary for float trips, or wading the Animas in late summer. Any other time or for inclement weather, waders with felt or rubber boats are the ticket. I recommend not wearing studs as they lead to problems in the raft or drift boat.

Aside from your gear, the only other items you will need while visiting us are personal items. And if you forget something, no worries. Depending on what you need we can likely get it without any trouble.

Our season kicks off in earnest around the middle of June and continues well into October.

The Kootenai River is a tailwater and primarily a rainbow trout fishery and these fish are noted as being particularly hard-fighting and acrobatic. The Kootenai also supports a population of westslope cutthroat trout, a handful of brown trout, mountain whitefish, and while we can't target them, a great population of bull trout as well. The Clark Fork River is a terrific rainbow and westslope cutthroat fishery as well.

This northwest corner of Montana is much more like the Pacific Northwest. It's a place of dense, coniferous forests and has some of the lowest elevations in the state. It's exceptionally beautiful to this end, since the rivers are at 3000 feet in elevation and the mountains rise immediately to 5000-9000 feet from valley floor. The towns are small and the people are friendly. The Kootenai River is a big, broad, tailwater fishery best and most efficiently fished from a drift boat. The fishery begins at the Libby Dam and we have over 40 miles of fishable water down to the border of Idaho. The Clark Fork River is also a big river best fished from a drift boat. The section we fish offers over 50 miles of terrific water beginning below the Alberton Gorge to the confluence of the Flathead River.

Rates start from: $550.00 You can find all pricing information at: https://www.fishmontana.com/about-us/rates-and-packages

We have two lodging options. Our Yaak location has wifi but no cell service. Our lodge in Libby on the Kootenai River has wifi and cell service. We welcome dogs at our Yaak location. Closest airports are Spokane, Washington and Kalispell, Montana. It is necessary to rent a car. We do not offer airport shuttles.

For those with limited mobility, we have options to fit your needs and can get you in and out of the boats without even getting your feet wet.

There are a couple of shuttle services from the airport to town. In town, there are taxi options and Uber for getting around.

We are 100% catch-and-release, but know of a good restaurant or two to get your trout fix!

This corner of Montana is within the Kootenai National Forest. The Kootenai National Forest has some of the finest trail systems in the nation. Hiking, mountain biking, birding, and sightseeing are always in play in this neck of the woods. We are also located 120 miles from Glacier National Park and often guests take a day trip or decide to add a couple days to their trip and see the park as well. From September 15-October 15, we also offer wingshooting adventures for forest grouse. Spruce, ruffed, and blue grouse are found in good numbers and we hunt them with English setters. We often combine a fly-fishing adventure with some wingshooting.

Thanks for your interest in Linehan Outfitting - MT. Please let us know your questions below and our team will contact you shortly.