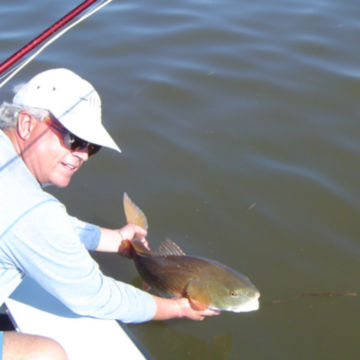 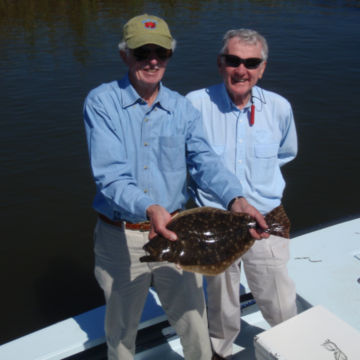 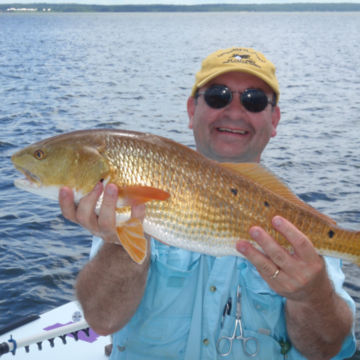 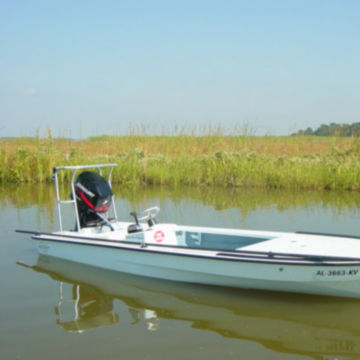 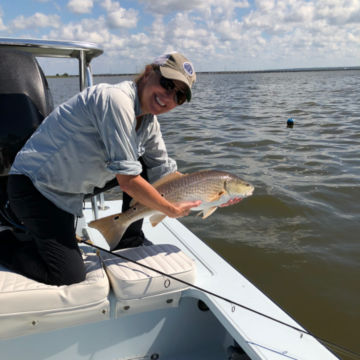 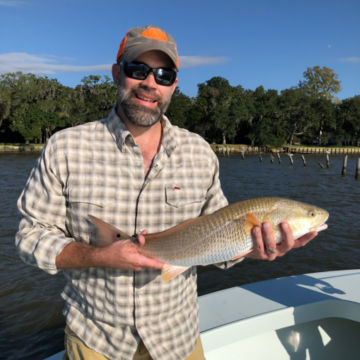 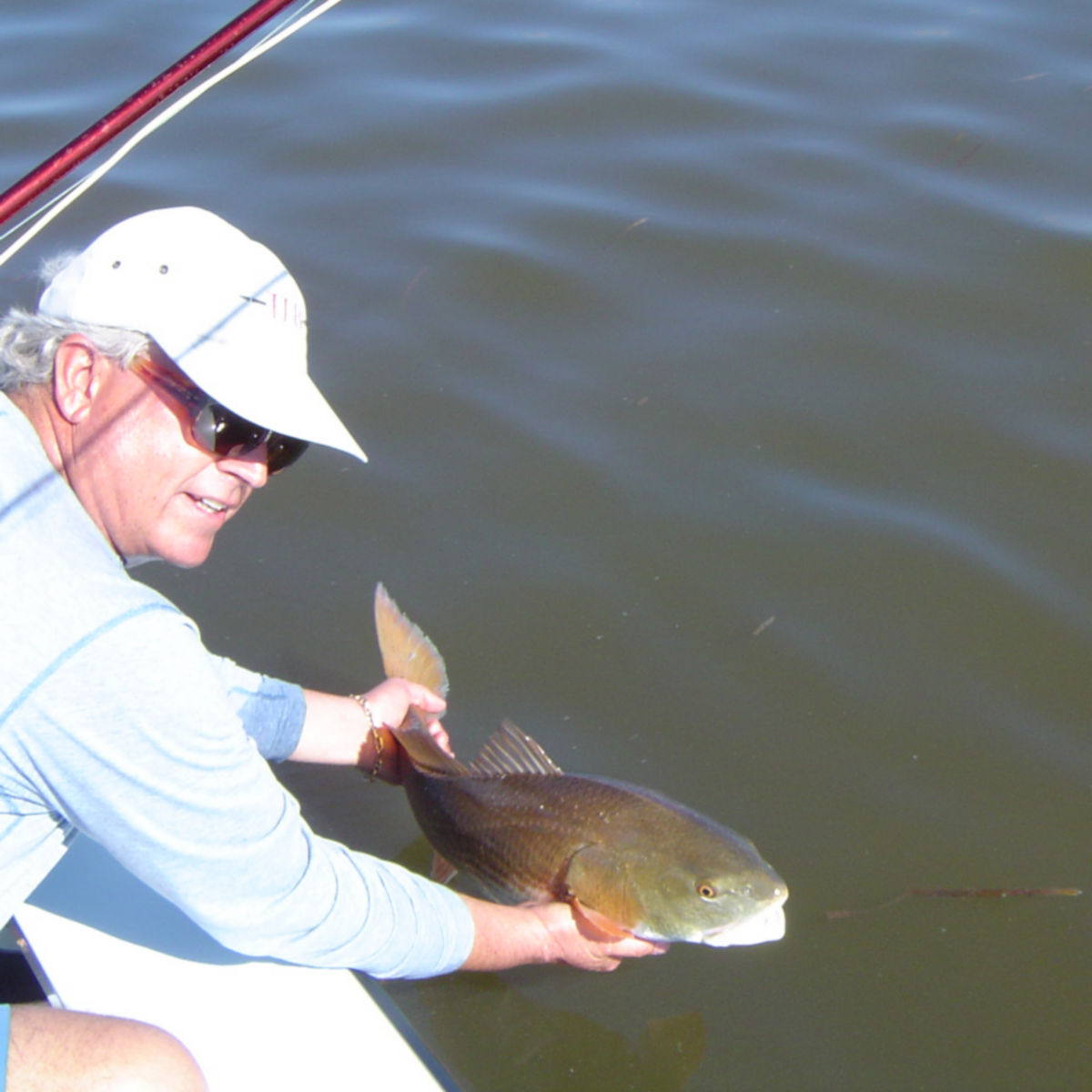 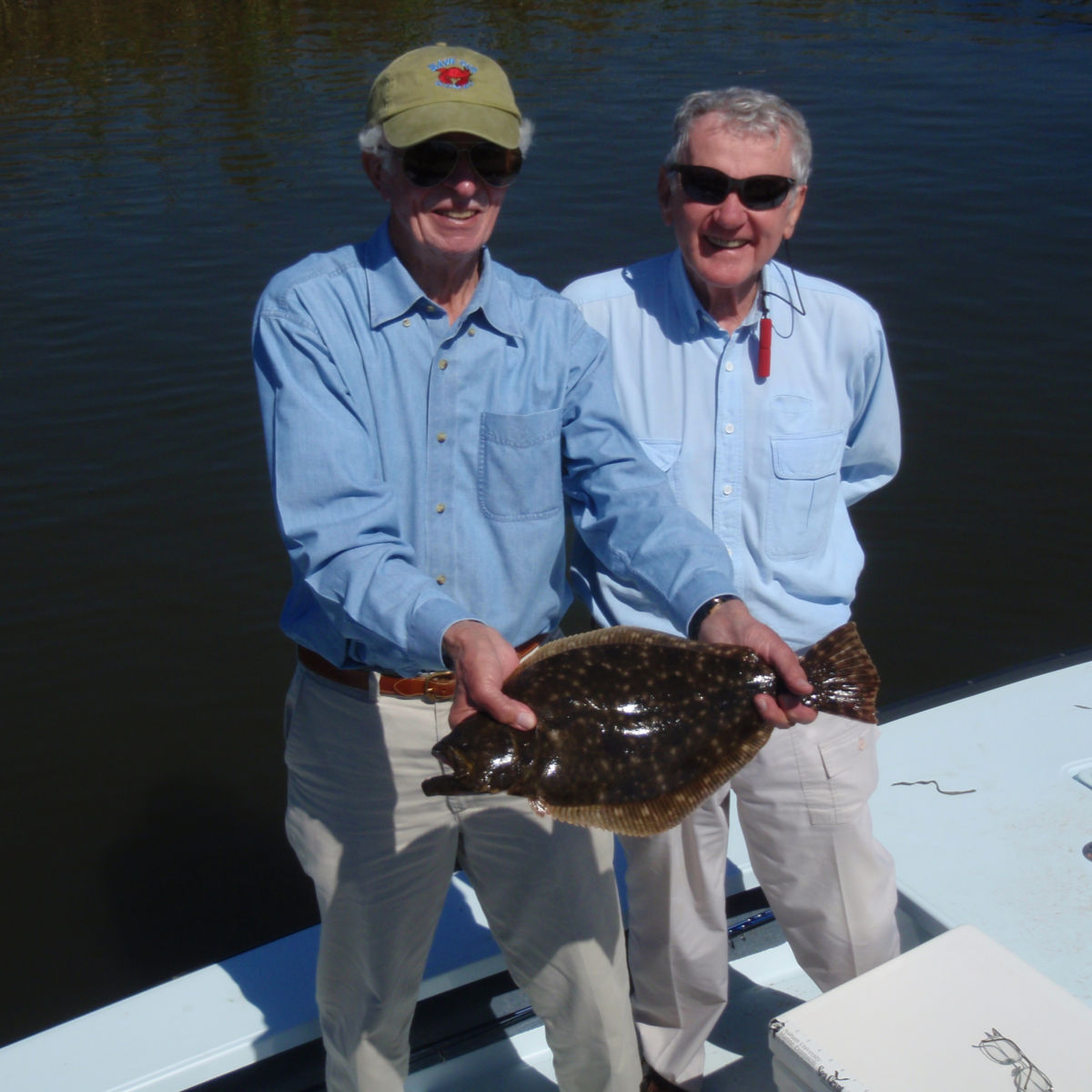 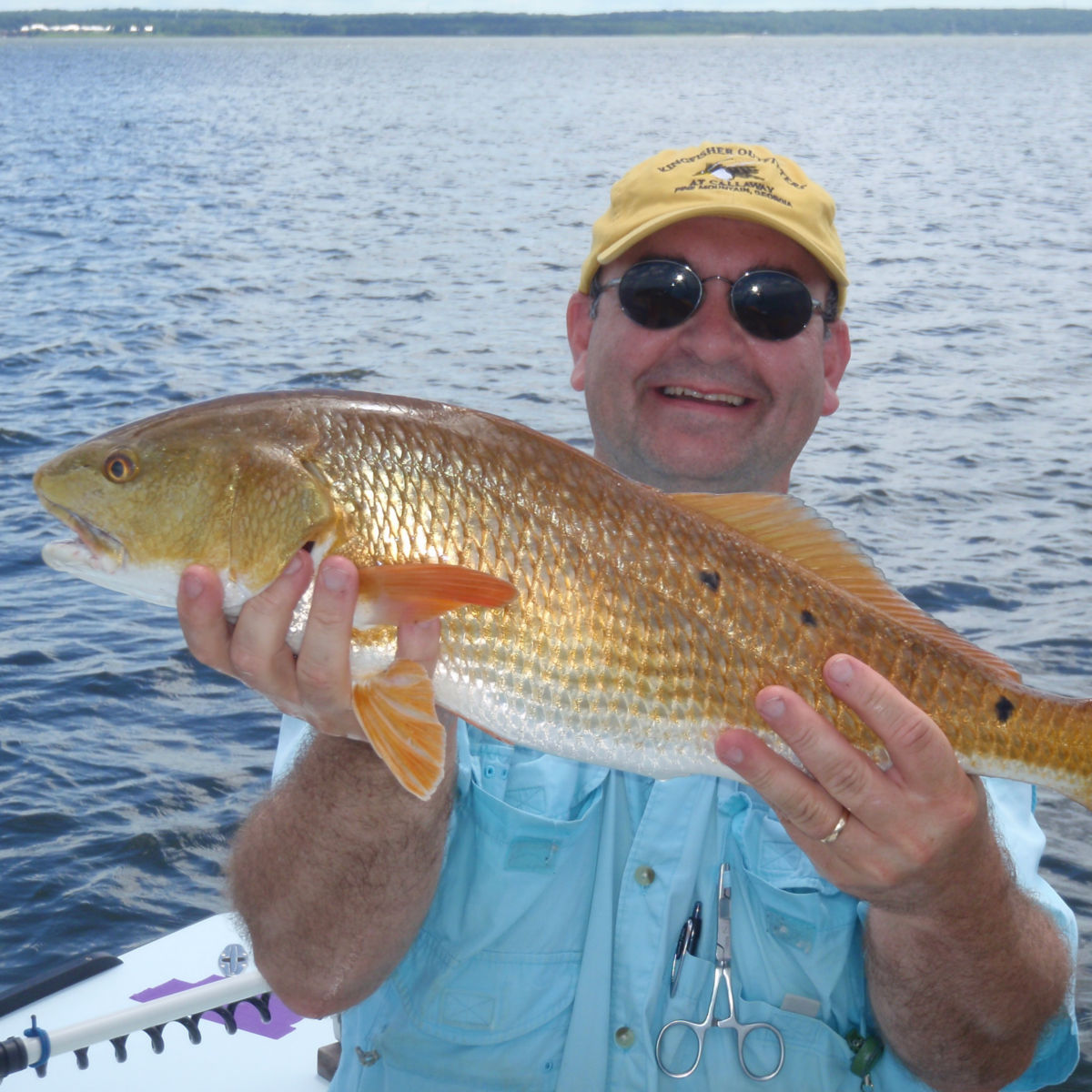 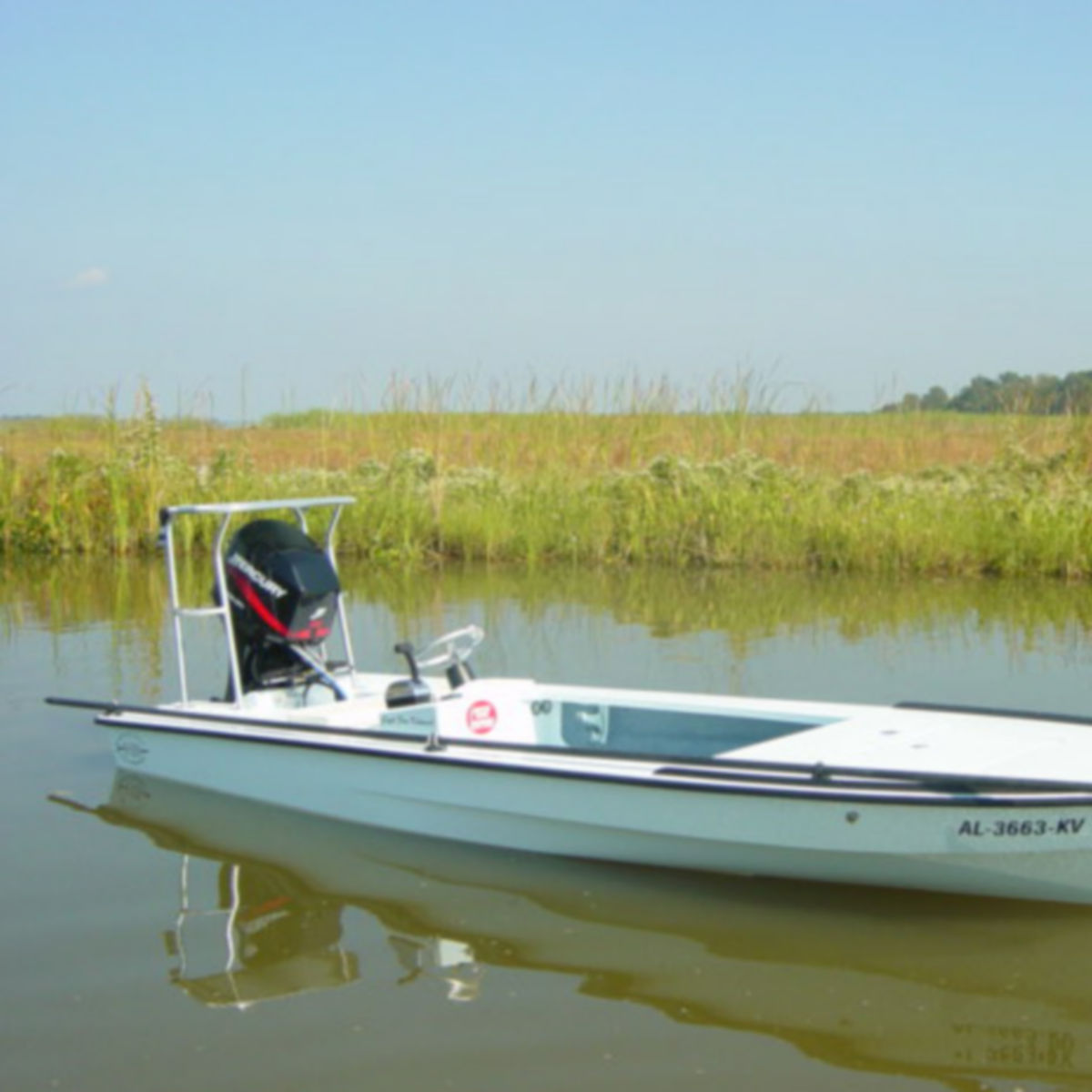 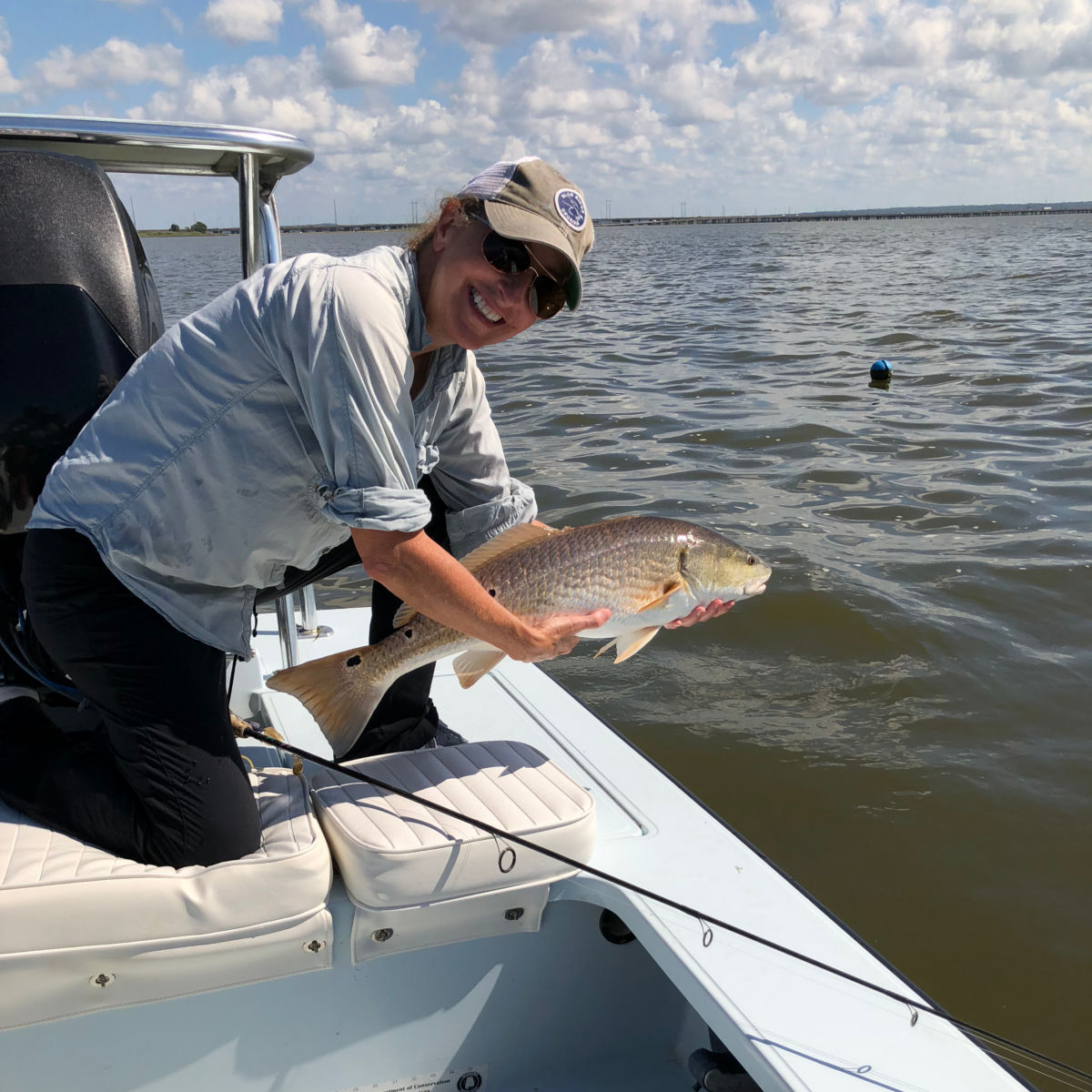 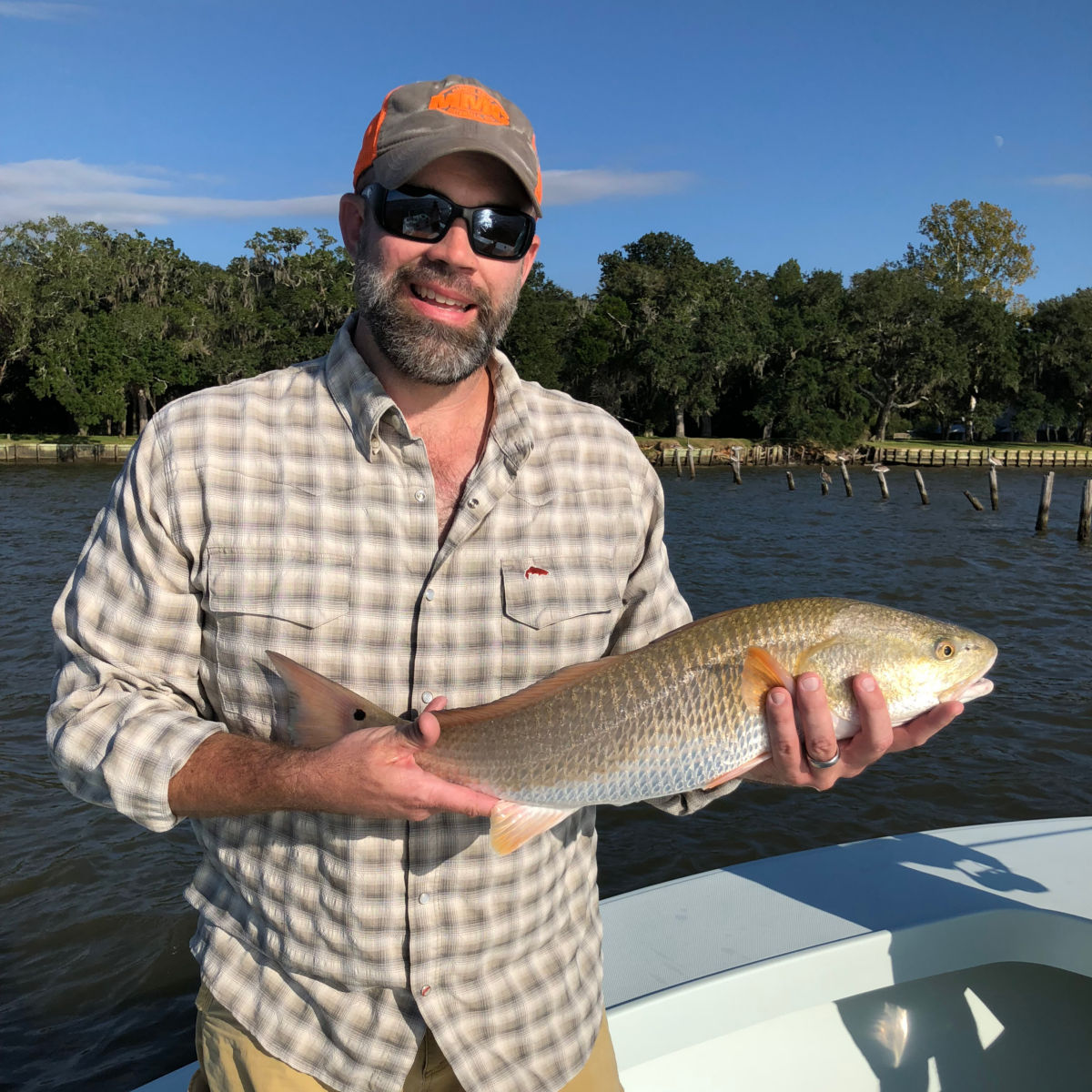 Enjoy the expertise of Orvis-endorsed fly-fishing guide Capt. Dan Kolenich on your trip to Alabama:

"Whether you're looking for your first red on a fly or just want to spend a day on the grass flats of Mobile Bay chasing reds, I can see that you're not disappointed. When you call to book your trip, I will be sure I can meet your expectations. Patient casting instruction can help you improve your casting skills. I have been fly fishing since I was 12 years old, and that was a long time ago! I have fished in the Mobile area since 1990, when I first started to fly fish in the salt. My boats include a Hells Bay Professional and a 20' SeaCraft. These are the finest boats made for bay, near shore, and flats fishing. I am USCG licensed and insured."

What to Expect Water and/or Terrain Rates

Your saltwater fishing license is provided, along with ice in the cooler for your drinks. We can provide everything you need to fish including Orvis fly rods and reels, leaders, flies, and tippets. Spin gear is provided for non fly-fishing anglers. Catch-and-release fishing is encouraged, but we can make accommodations for keeping a fish for your dinner.

8 wt. rods are recommended for most bay fishing. You may want to bring a 10 wt. for bull reds or jack crevalle. Waders are not needed since all fishing will be done from the boat.

Please bring your drinks and snacks, and any personal items like sunscreen, sunglasses, a hat, and long-sleeve shirt. A foul-weather jacket can keep you dry and warm during an early morning run to our fishing location.

Sightseeing trips can also be arranged. Contact us for details.

April and May we target specs. June through December we target reds. July, August, and September we target jacks and reds. January through March is pretty slow fishing all-around. If the weather allows, we can chase bull reds at the beaches.

Reds and specs are the main target April through December. July through September brings 15 to 25 pound jack crevalle and bull reds into the bay. Some sight fishing for reds on the grass flats during the summer, but most fishing for red fish and trout is blind casting the docks on Mobile Bay and the cuts thru the flats.

Fishing in the Mobile-Tensaw Delta is a summer and fall event. March is mostly along the beaches in the gulf. April and May are in Mobile Bay.

January through March is controlled by cold fronts that move thru the gulf coast. It can be warm with a southern breeze and rainy one day or cool with a northern breeze that is quite strong the next. In between, the east wind will blow at 20 knots. If we are lucky, we can get a day of light wind between the fronts to fish the gulf beaches.

April and May are warmer months, but the east wind can still be in the 20-knot range.

June, July, August, and September are hot. Light winds in the morning with a sea breeze in the afternoon.

October through December is the time for cold fronts to start passing through the gulf coast. This time of year, we in the Mobile-Tensaw Delta and protected from rough water.

Rates start from: $500 for a half-day (4 hrs).
You can find all pricing information at: www.captdankolenich.com

Thanks for your interest in Capt. Dan Kolenich. Please let us know your questions below and our team will contact you shortly.