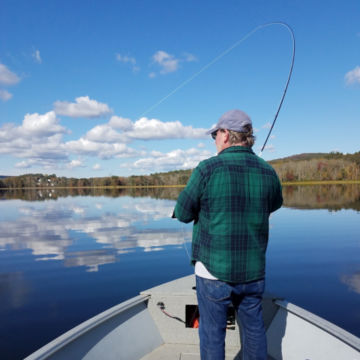 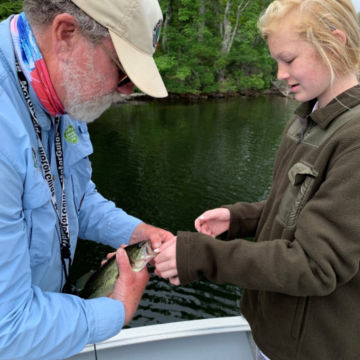 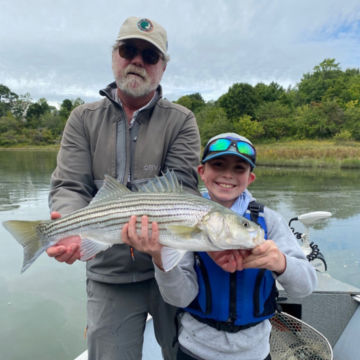 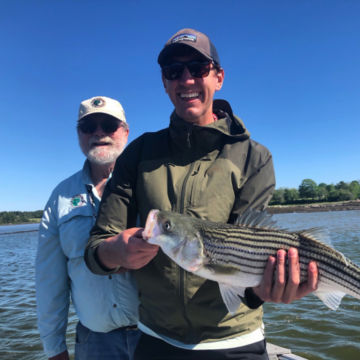 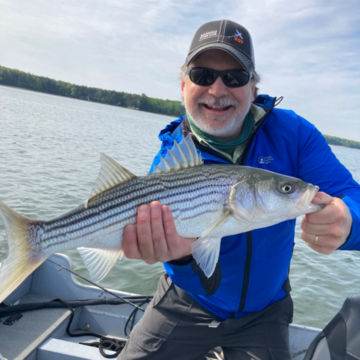 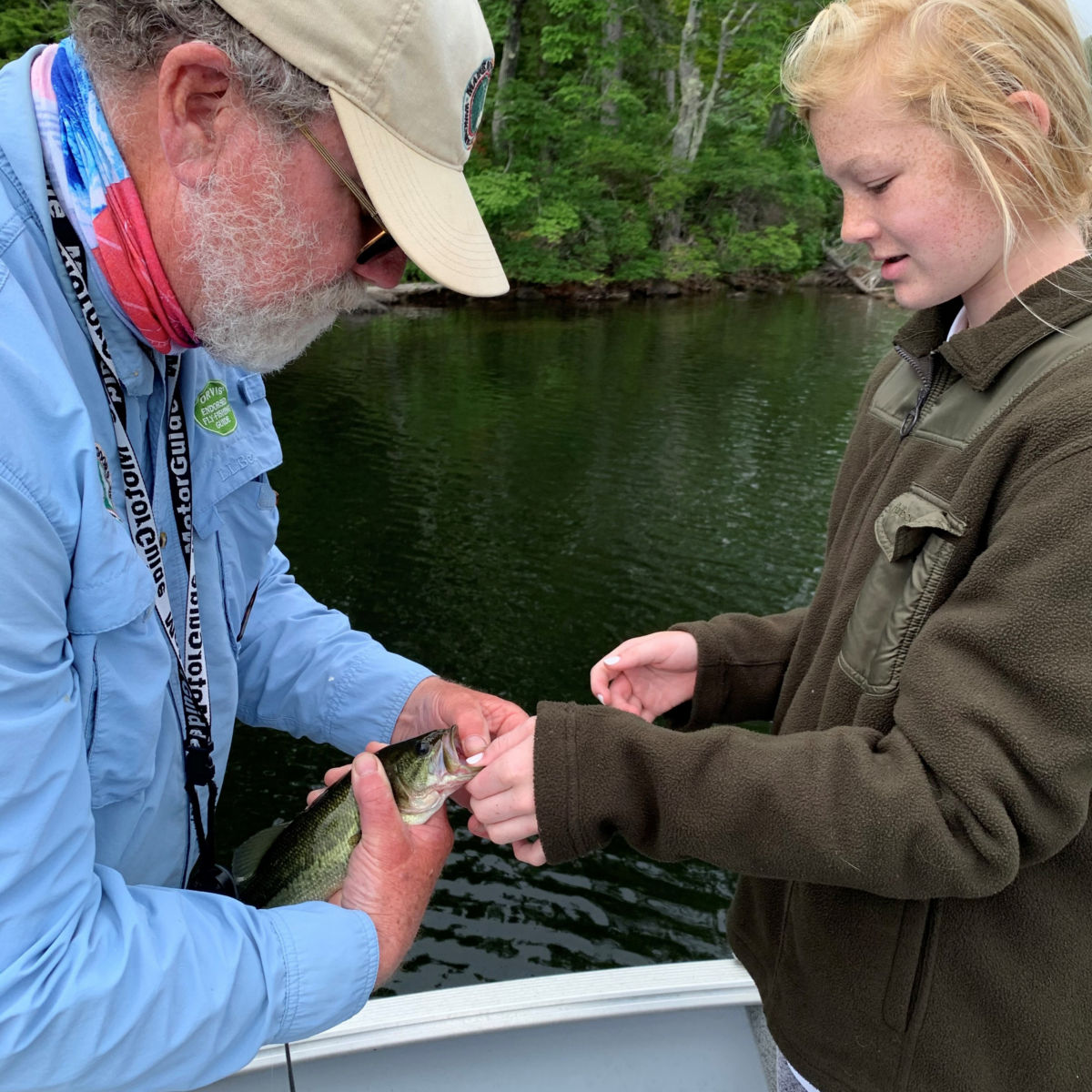 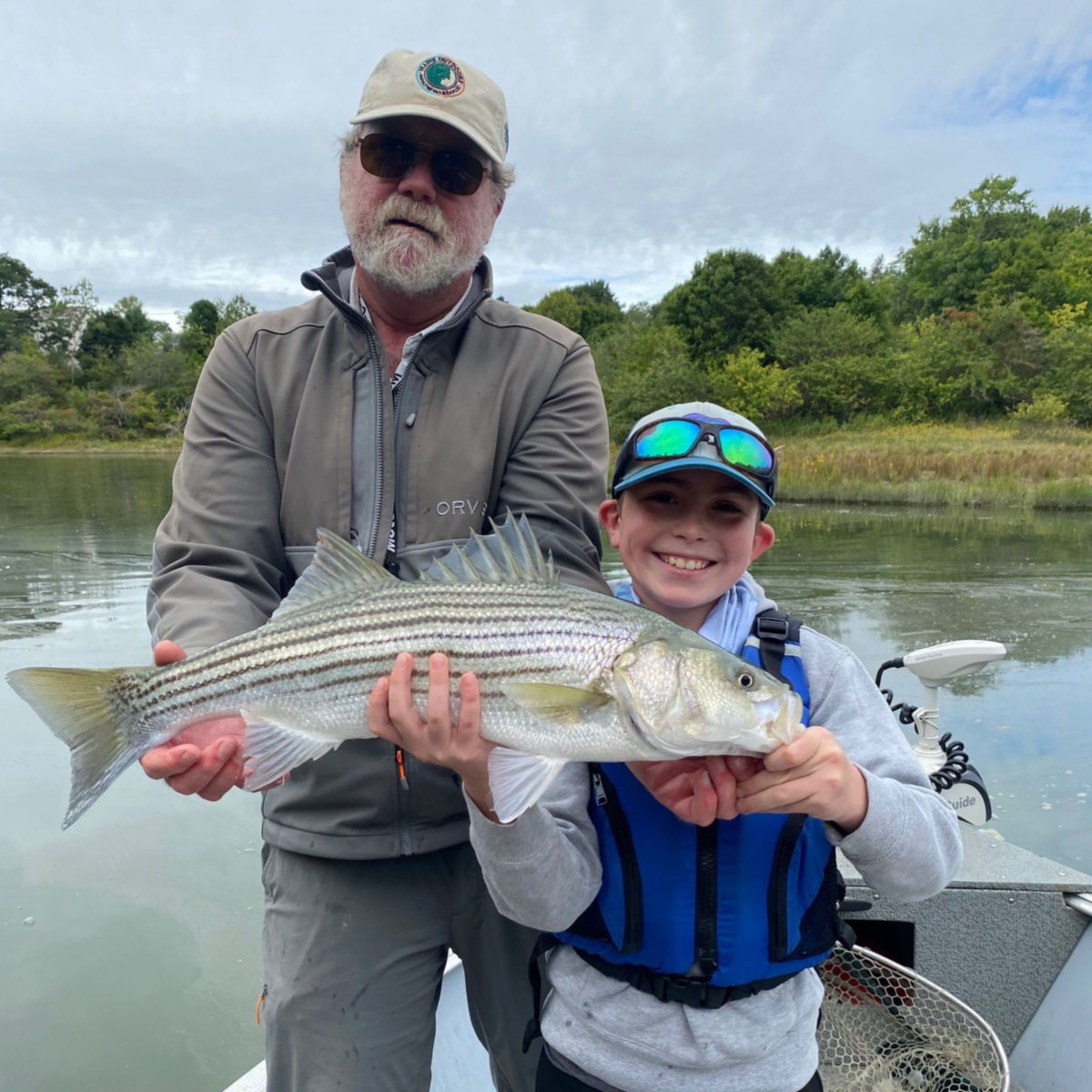 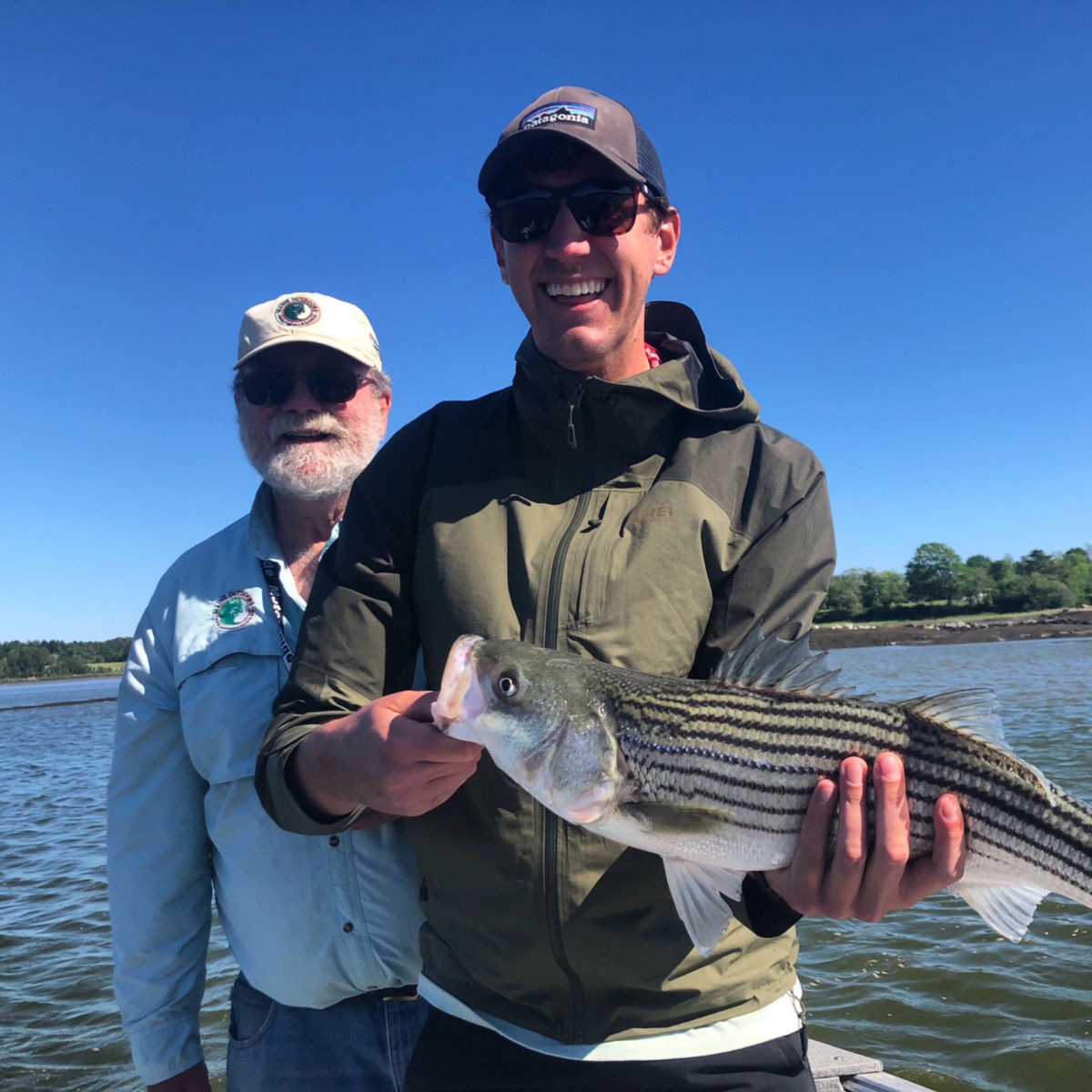 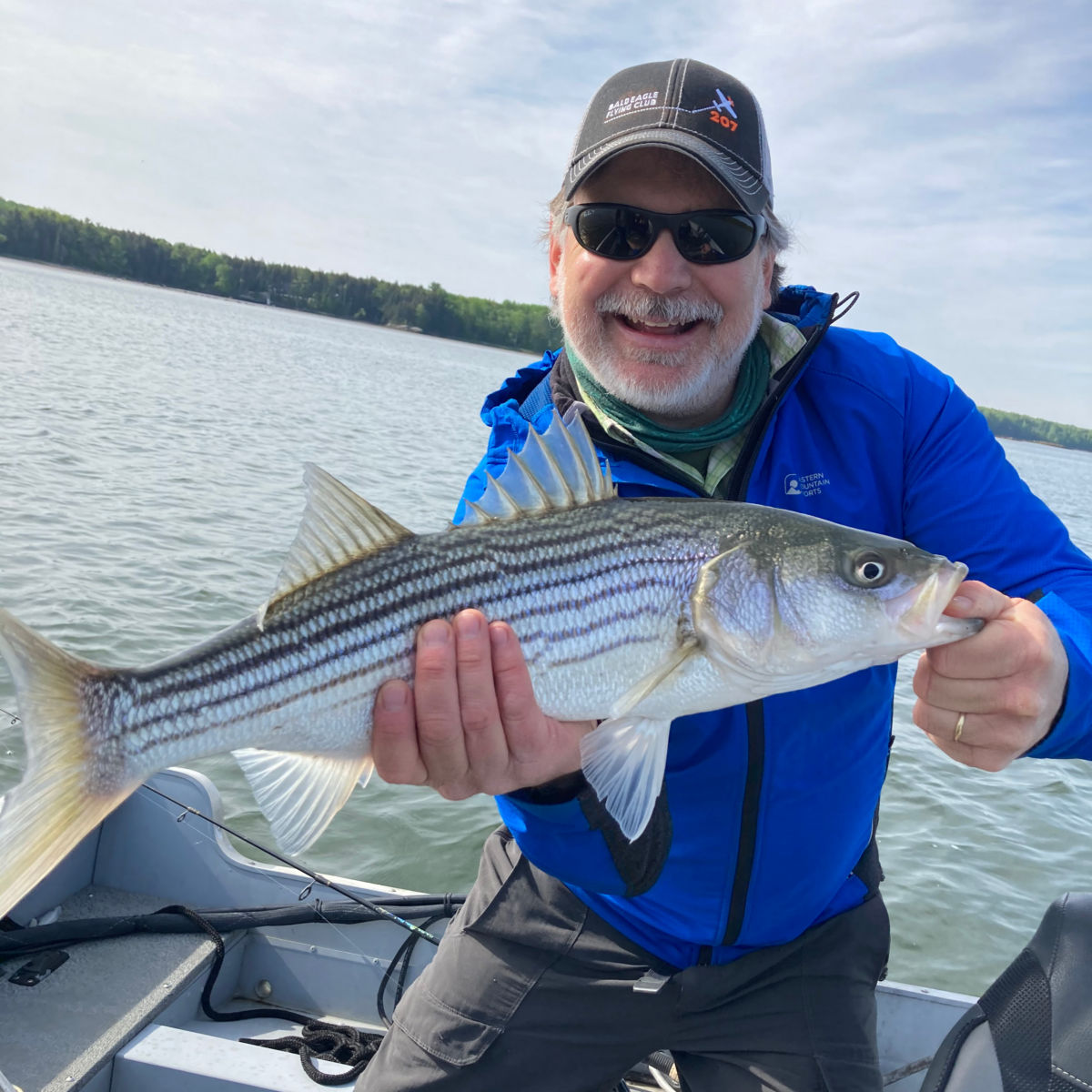 Don Kleiner is here to help you create cherished memories of great times outdoors. This is the experience that you come to Maine for! Imagine paddling along a secluded shore while loons call, or drifting silently along, casting a line while eagles watch. We have been delighting folks like you for over 25 years. We offer exclusive fishing trips. Kids and beginners are our specialty.

Trips are either 3 or 6 hours in length. Start and end times are easily adapted to your schedule and prime fishing times. Lunch is included on 6-hour trips and licenses are included on all trips. Fishing equipment and flies are available for your use at all times as a part of the trip. If you are staying in the local area we can pick you up and return you to where you are staying at the end of your trip.

Everything is provided but warm clothing and a smile! We can provide rods rigged and ready, along with the terminal tackle you will need to be successful.

Always bring warm clothing on the Maine Coast, as the weather is rarely hot. Sunscreen is always advisable when around the water, and your camera is welcome. If you are planning to wade a local river, your own waders will likely fit better and be more comfortable. Rain gear is nice to have along but we have some to lend.

The season starts in late April for early season trout fishing, gradually shifting to bass in freshwater. Stripers arrive in our river by mid-June and stick around until Labor Day. Freshwater fishing picks up on bass in September with trout again available from October until early December.

Mid-coast Maine, covering both salt- and freshwater opportunities. Saltwater fishing is primarily on the Saint George River chasing stripers and the occasional bluefish. Freshwater is primarily for smallmouth bass in lakes and ponds by boat to provide the best opportunities for success. Trout (primarily brook trout) are available during cooler water periods in early spring and fall.

Early spring and fall can be quite chilly; think warm clothing at that time of year. Rain gear adds a layer of wind protection. Cold rain and wind are distinct possibilities during this part of the year with daytime highs sometimes only in the 40s.

Summer days start out cool and frequently foggy with temperatures in the upper 50s. By midday, the fog is gone and, with the sun, temperatures get up to 70 or even 80 degrees. Even in summer, some days can be very cool.

Thanks for your interest in Don Kleiner. Please let us know your questions below and our team will contact you shortly.