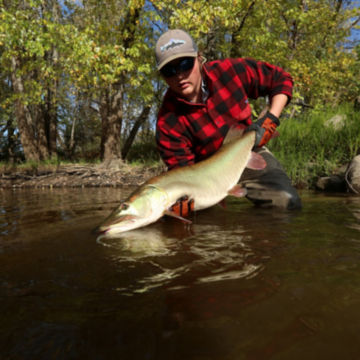 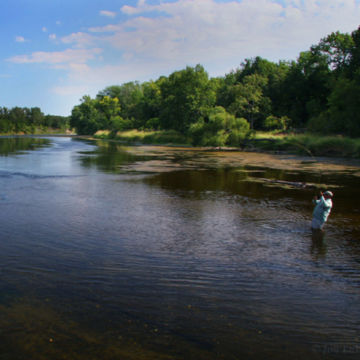 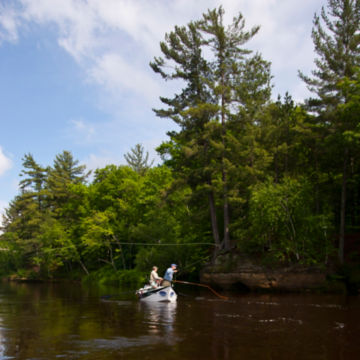 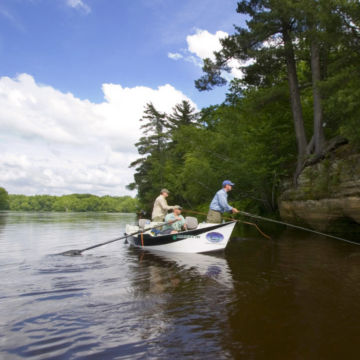 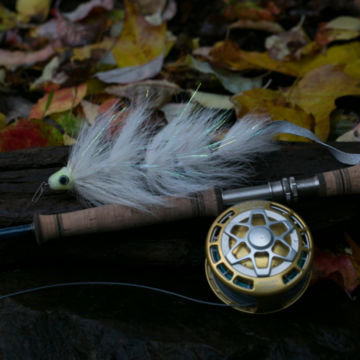 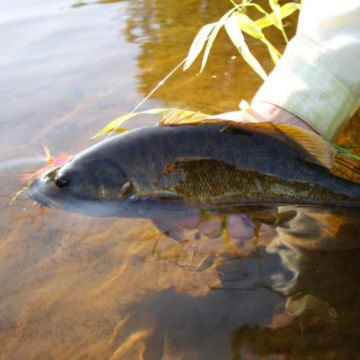 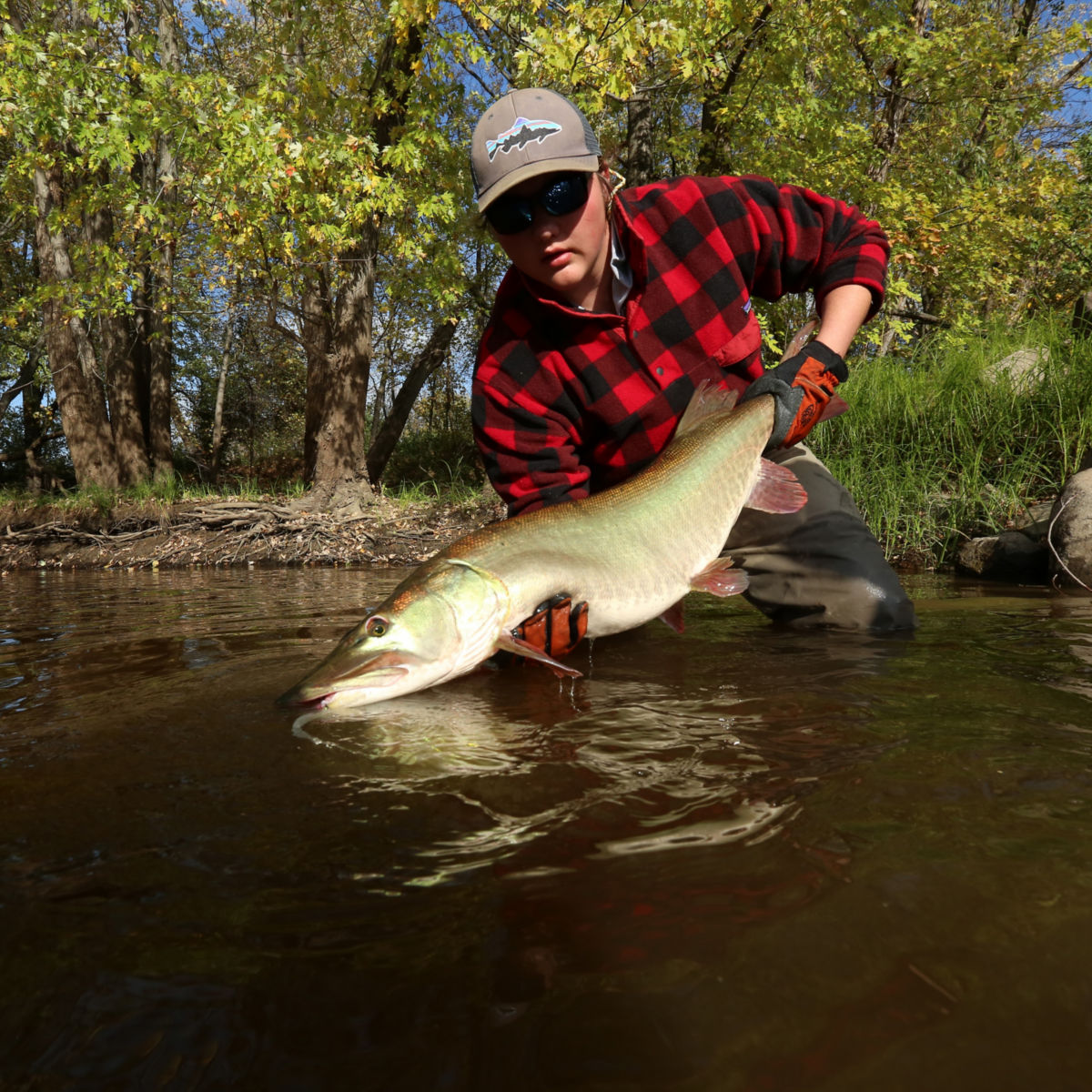 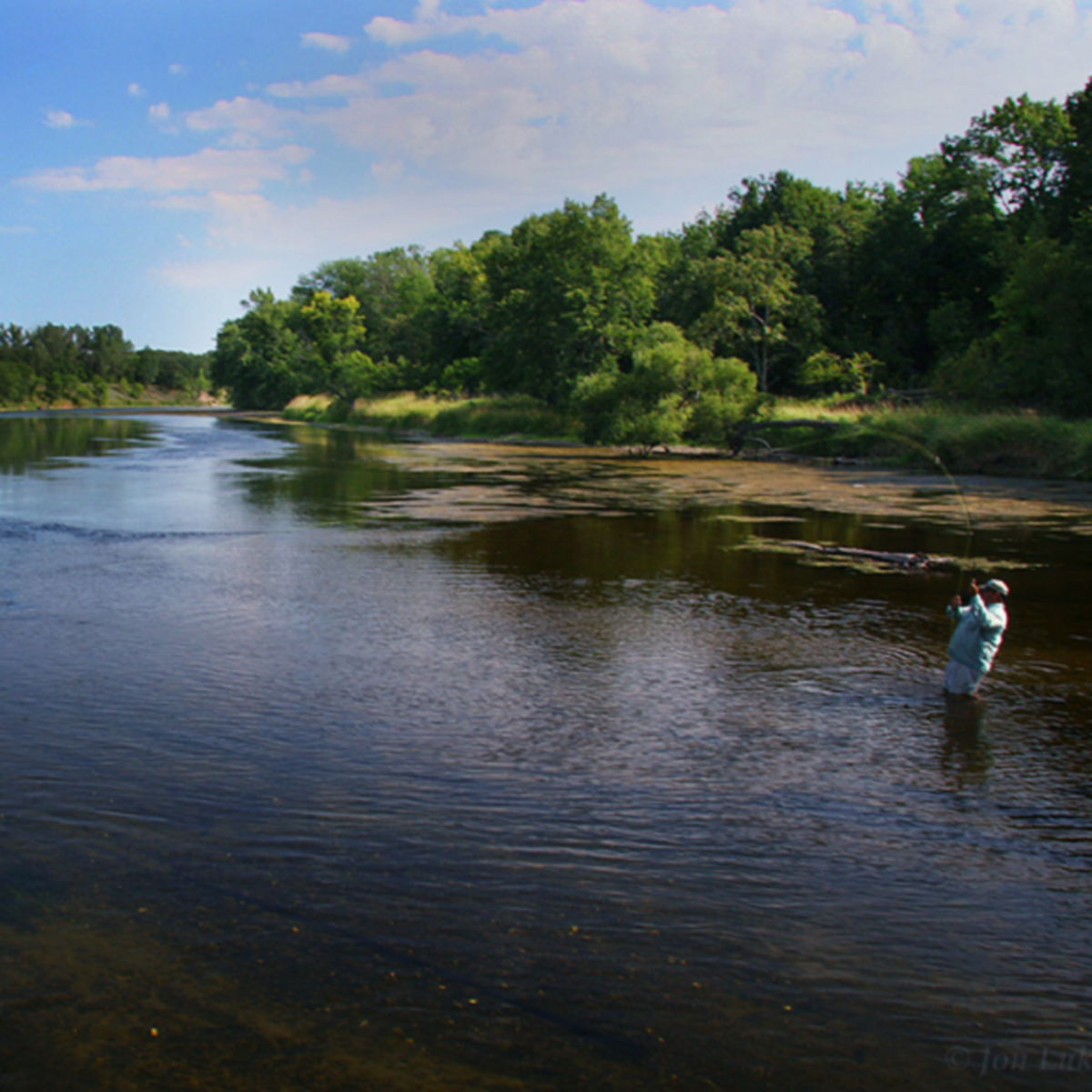 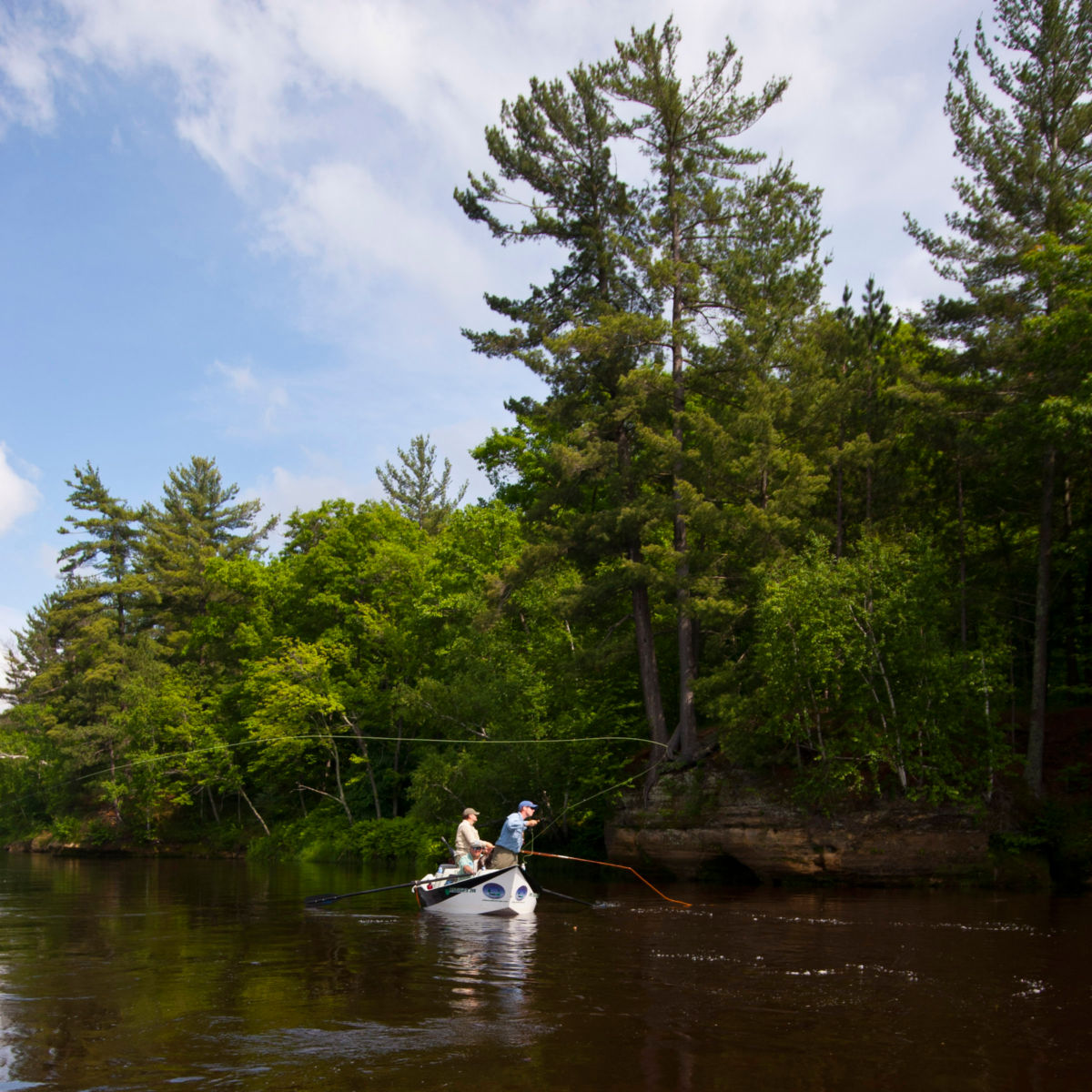 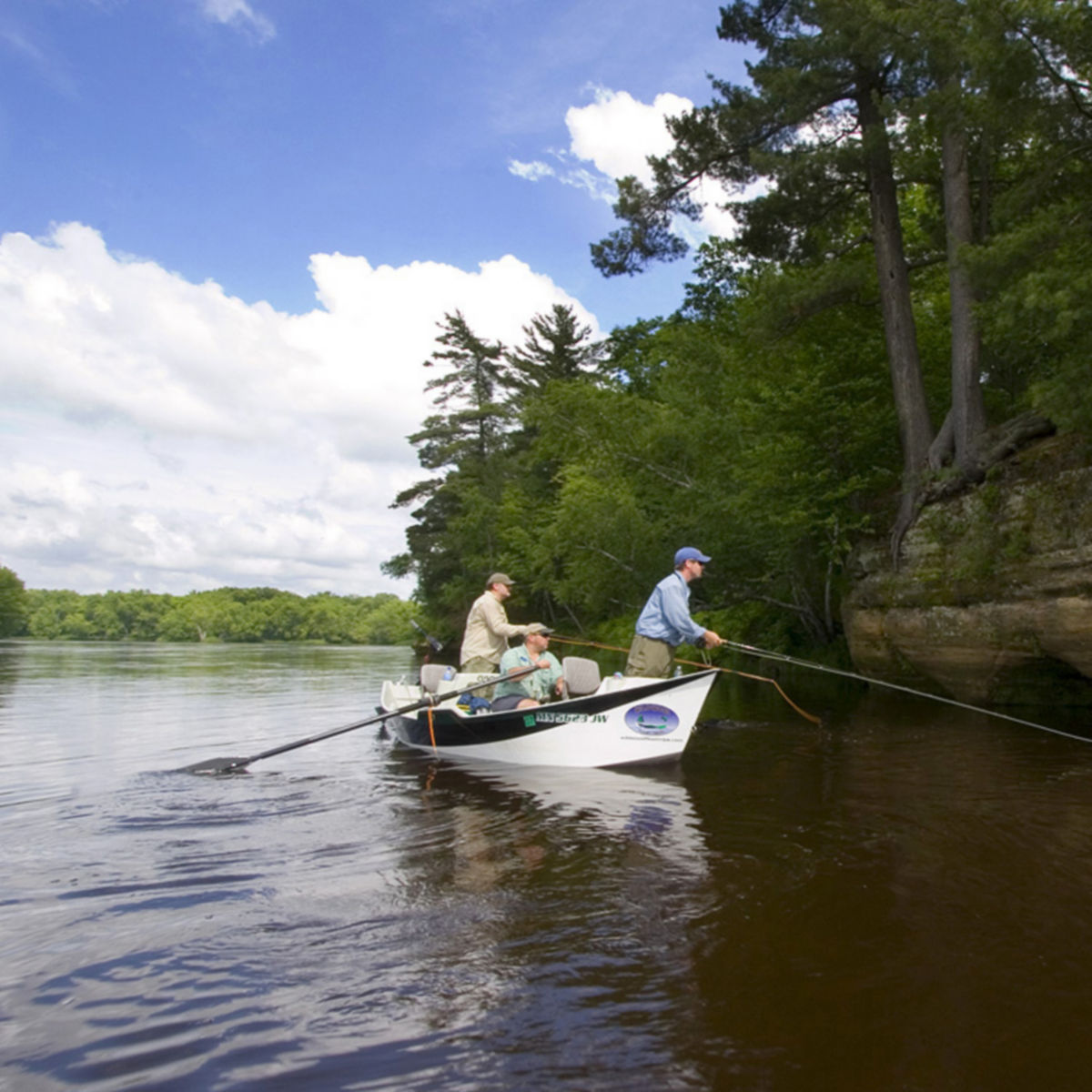 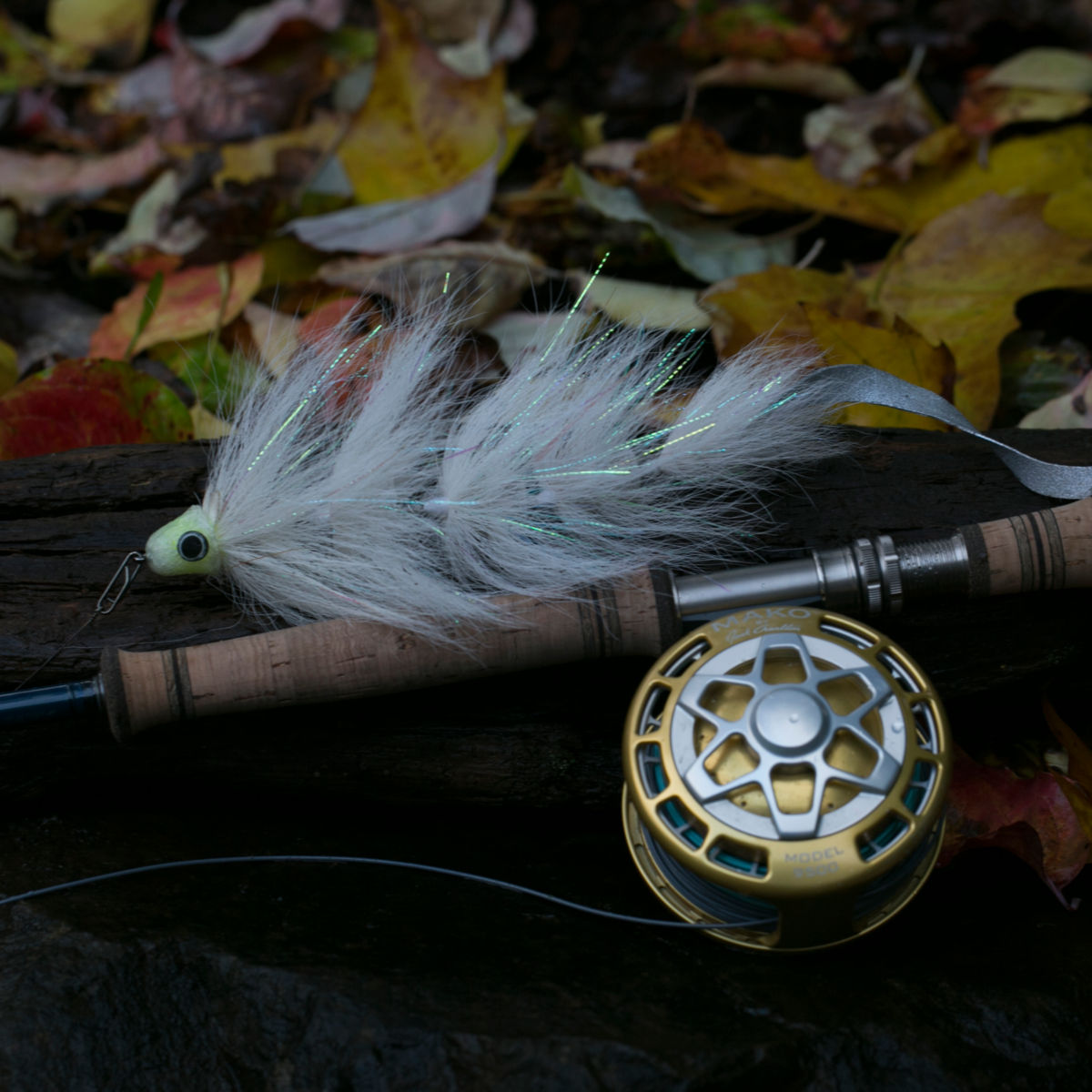 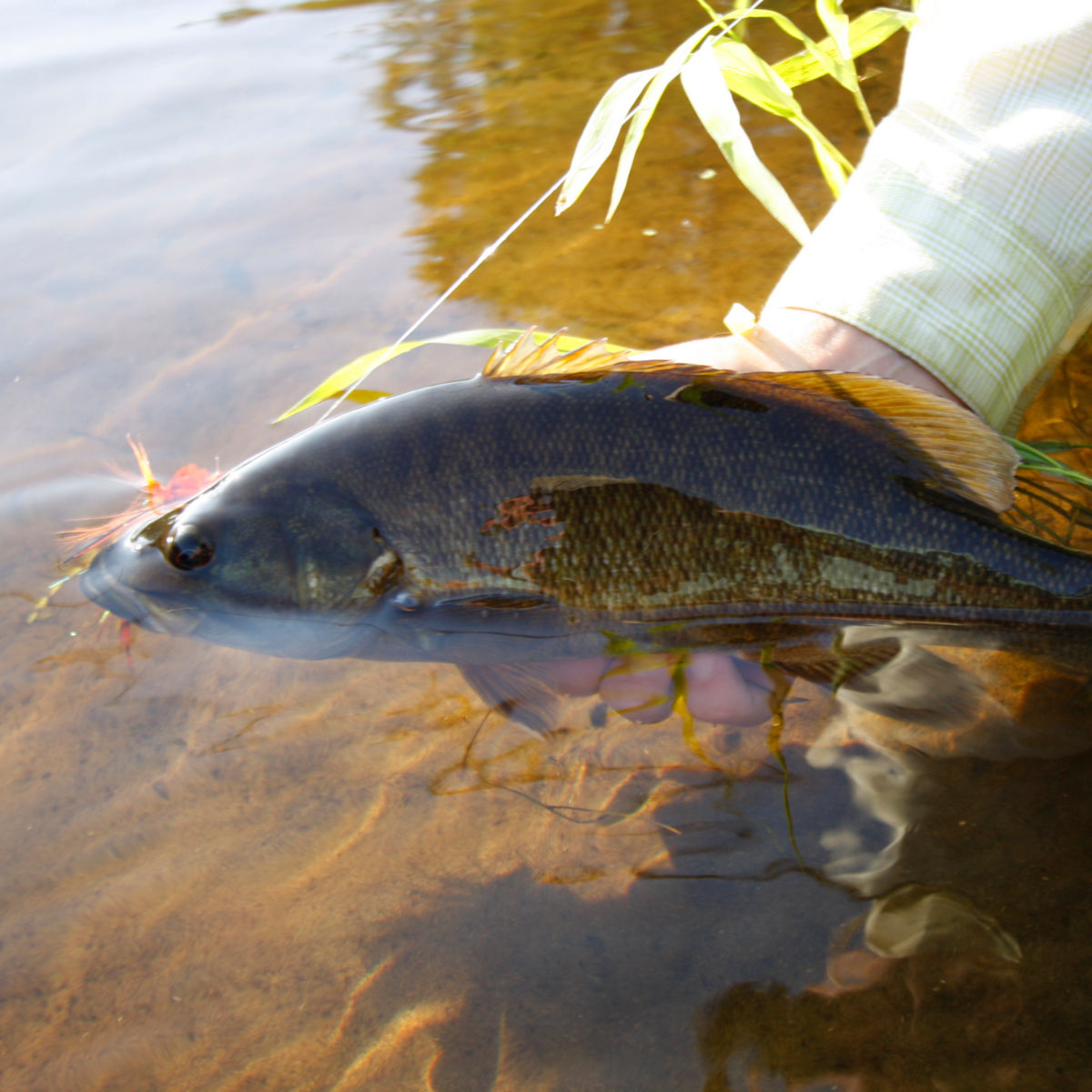 2017 Endorsed Fly-Fishing Guide of the Year

Beautiful Minnesota summers and magnificent beauty of the rivers we float provide the back drop for a day with Kip Vieth. The sheer excitement that the Smallmouth Bass and Muskies provide the fly fisherman is second to none. The reckless strikes and fight are legendary. Minnesota rivers offer the finest river Smallmouth fisheries in the country. Float Trips offers a western style fishing experience in the heart of the Midwest.

Whether its teaching someone a new technique or just chatting at lunch, rest assured you will not be disappointed with your guide. A skilled guide is more than someone to take you fishing. We are friends, teachers, and someone you can trust to give you the best day on the water humanly possible.
Kip Vieth is a fully licensed and insured outfitting service. We are members of the Clackacraft, Scientific Anglers, Sawyer Oars, and Patagonia pro staffs. Wildwood Float Trips is licensed as a guide in Wisconsin and a business partner of the National Parks Service on the St. Croix River.
My passion for the outdoors is something I love to share. I have spent the last 30+ year pursuing both fin and fowl. I enjoy exposing my customers to the treasure that God has created for us. It can be the strike of a bass, the beauty of a river, or a crushing eat of the Alpha Predator, the Musky in the Autumn. Sharing with clients the gifts of the Creator is something I truly cherish. It is always my goal to pass some of those experiences and skills on to my clients.

What Should Customers Bring:

Although lighter rods can be used to catch smallmouth bass, we use 8-weights primarily because they allow the angler to cast large flies with ease and quickly fight a fish in heavy current (critical to releasing a fish with best possibility of survival).

2.For Musky we recommend a 9ft 10-12 wt modern graphite fly rod matched with a intermediate sink tip line. (Rio Musky) The rod should be matched with a disc drag reel with 100 yards of 35lb backing.

Misc. gear that is needed
1. A valid Wisconsin/Minnesota fishing license.(Depends on what water we are fishing and what state you are a resident of. Your guide will clarify this for you if you have questions)

In addition, we strongly recommend the following:

2. Polarized sunglasses-MUST HAVE (eye protection)
3. Raingear
4. Clothing appropriate to weather conditions: (e.g. quick drying shirts and shorts/pants in summer; fleece for cooler weather)
5. Sunscreen and bug dope
6. Small towel
7. Change of clothes
8. Sandals or other shoes that can get wet (for getting in/out of driftboat)
9. Camera
10. Binoculars
11. Personal medication (if needed)

We are more than happy to recommend flies, but given the constantly-changing feeding habits of our quarry and seasonal insect hatches, we recommend you or talk to your guide for specific fly patterns and sizes.

Smallmouth Bass Float Trips: Species: Smallmouth Bass are the primary target, but Northern Pike, Musky, Carp can also be caught on these floats. These floats are offered May thru November, with peak times from May till early June and July thru September.

Musky Float Trips: Species: Musky are the primary target, but Smallmouth Bass and Northern Pike are not uncommon on these trips. The season for these trips is mid-September thru ice up (mid to late November). Peak season is October till Ice Up.

Thanks for your interest in Kip Vieth. Please let us know your questions below and our team will contact you shortly.