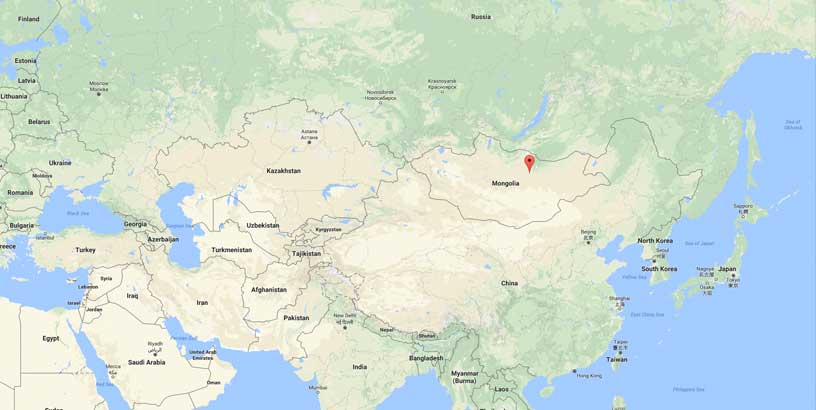 The world has re-discovered Mongolia. Seasoned travelers dream of distant horizons, new worlds, unseen wonders, unknown marvels. Our world is a big place, and many of its corners are still waiting to be explored. Travel outfitters constantly push back the veil to reveal new destinations and unique adventures; sometimes, what’s most compelling is not seeking what is newest, but looking to what is oldest.

Why Travel To Mongolia?

Mongolia is half a planet away from the Western world; still, Mongolia’s ancient realms, rich cultural heritage, and abundant opportunities for outdoor enthusiasts compel adventure seekers and tourists alike to travel there. But while Mongolia may seem like the far edge of the world, once upon a time it was the very center of it. An empire grew here, and a culture, and a rule of law, and a way of life. Today, visitors to Mongolia may walk amid the ruins of Genghis Khan’s empire, witness the nomadic horse culture of the planet’s last unspoiled grassland wilderness, ply mountain streams for gigantic trophy fish, stroll ancient monasteries in contemplative silence, and search the plazas and alleys of cities growing to meet the influences of our modern world.

When To Visit Mongolia

Tourism opportunities exist year-round in Mongolia, and winter airfares to Mongolia drop into the can’t-believe-it’s-this-affordable category. But Ulaanbaatar—due to extreme air pollution conditions that persist during winter months—is not a destination most travelers will find attractive in winter. Most travelers to Mongolia take advantage of the glorious weather that persists from June through September. Precipitation is infrequent during this time, and visitors will come to understand why Mongolia is called the “Land of the Eternal Blue Sky.”

Five hundred words in the Mongolian language describe the traits of horses; that should be an adequate demonstration of the deep respect Mongolians have for their traditional ponies. This culture’s connection to horses is ancient, passionate, and permanent. Traditional Mongolian ponies are short, stocky horses known for their strength, hardiness, and endurance. The horses Mongolians keep and value today are the same horse breed that Genghis Khan chose for his world-conquering army. Numerous outfitters provide horseback day trips out of Ulaanbaatar, in Gorkhi Terelj National Park, in Zuunmod, and in many other locations.

The Gobi Desert is home to the two-humped Bactrian camel. Numerous outfitters provide guided camel-back touring through many of the areas between Ulaanbaatar and the Gobi, including the nearby Elsen Tasarkhai sand dunes (accessible via local transport from your hotel in Ulaanbaatar).

Many visitors will want to take the opportunity to escape the hustle and bustle of Ulaanbaatar, and hiking is a favorite way to do so, but even local hikes will require motor transport from the city to the countryside. The trail to the Manzhir Monastery (just south of Ulaanbaatar) provides an excellent hike that is reachable from the city. Likewise, many hikers travel to the foothills of the Bogd Khan range for a three- to four-hour hike to reach Tsetsee Gun Peak (7,402 feet). Yolyn Am Canyon—the “Valley of the Eagles”— is a majestic hiking destination, though it requires days of driving from Ulaanbaatar. Whether distant or nearby, Mongolia’s hiking diversions guarantee adventures for all travelers.

The best of Mongolia is often found off the beaten path, and many adventurous tourists enjoy exploring the countryside in four-wheel-drive vehicles or on motorcycles. Such opportunities are offered by numerous outfitters, and include guide-driven tours, or exploration as part of a guide-supervised caravan in which you pilot your own vehicle.

Ulaanbaatar is close enough to the countryside to allow day trips (or multi-day trips) to visit and interact with Mongolian nomads still living traditional herder lifestyles. You’ll have the opportunity to view their dwellings (traditional ghers, called “yurts” by Mongolia’s Russian neighbors), to help with tending livestock, and to prepare and share meals. Make sure to hire a guide who speaks English, as interaction with the nomads will be extremely limited without the assistance of an interpreter.

Anglers are always looking for the next “best spot” to ply the waters, to cast a line, to catch a fish like none ever caught before. Mongolia is that place. This is a land of trout streams, though not only trout ply these gin-clear waters. The rivers of Mongolia are home to the world’s healthiest population of taimen, the renowned trophy fish of central Asia. This is a fish that fights back, and one that any serious angler puts on a bucket list.

Fly Fishing in Mongolian rivers is a combination of drift boat and wade-walk, with the season extending from June into September or October (depending upon location).

What Not To Miss In Mongolia

While Mongolia is far too large to see in a single journey, all travelers should consider which natural wonders and historic sites they might like to see.

Ulaanbaatar, Mongolia’s capital city, lies in the north central part of the country, with mountains on the northern horizon, and the Gobi Desert spreading out to the south. Mongolia is the 18th largest country in the world, but with only 3 million inhabitants it is the least densely populated of any nation on earth. Nearly half of all Mongolians reside in the capital city, which has now gained a reputation for the oppressive air pollution that clouds its skies, especially in winter.

Naran Tuul Market—the “Black Market”—is Ulaanbaatar’s covered marketplace renowned for its traditional Mongolian clothing, though on weekends the massive crowds make the area one worth avoiding. The marketplace is notorious for pickpockets, so limit what you bring to the bare essentials, and keep your valuables close.

Revolution is a pub in Ulaanbaatar frequented by British expats. If you need information in a familiar tongue—or if you just want to be around your own language for a bit—Revolution is the place.

The Gobi Desert occupies the southern half of the country and is home to two-humped Bactrian camels and the legendary Khongoryn Els (the Singing Dunes). The desert can be accessed via motor transport from Ulaanbaatar.

Khuvsgul Lake—the Dark Pearl of Mongolia—lies to the north of Ulaanbaatar. Its lush, green shores line an enormous basin into which 100 rivers and streams flow.

Khustai National Park is where visitors can view the entire steppe ecosystem. Home to deer and gazelle, Khustai is where visitors will also find the site of the Ungut complex ‘man’ stones monuments, and the legendary deer stones.

Karakorum-Erdenezuu is Mongolia’s oldest surviving monastery, located 400 km southwest of Ulaanbaatar. It houses a remarkable library of rare manuscripts and the works of of 17th century painter Zanabazar, the renowned Buddhist illustrator.

Orkhon Valley is home to the ancient capital city of Uighur and the monastery at Tuvkhun. The valley lies 360 km southeast of Ulaanbaatar, and is a UNESCO World Heritage Site that includes archaeological remains dating back to the 16th century.

Humans have lived on the Mongolian plateau for 45,000 years, probably drawn there by herds of animals migrating across the broad, grass-covered plains. Most Asian peoples trace their genetic lineage to this land, and to the influence of Mongol empires that spread across the Asian continent. The first Mongol emperor, Genghis Khan, unified all the nomadic tribes of central Asia in the 13th century, ultimately building an empire twice the size of the Roman Empire, stretching from the Pacific Ocean to the Caspian Sea. Today, Mongolia is surrounded by newer, younger empires—China and Russia—both of which have affected Mongolia deeply and significantly. Mongolia established political independence from China in 1911, then fell immediately under the communist influence of the Soviet Union. Mongolia has maintained cordial relations with both countries since the writing of its constitution in 1992, its institution of free market economics, and the return of individual religious freedoms (roughly half of all Mongolians are Buddhists).

The Mongolian people are fiercely independent, yet friendly and generous. They are likely to invite strangers and travelers into their homes; likewise, they are apt to ask for assistance and support when they need it. Like the members of many nomadic societies, Mongolians rely on each other—whether stranger or friend—so travelers should not be surprised to be included on both ends of all such give and take.

While Mongolian is the language spoken by 95 percent of the inhabitants, Russian is the most commonly understood second language, and Mongolian writing uses the Cyrillic alphabet (like Russian). English is not commonly spoken, even in larger cities.

Mongolia is home to an ancient nomadic culture—tending herds of animals through the grazing seasons—so it comes as no surprise that their traditional foods are primarily meat and dairy products. Their herds are comprised of the animals they consume—yaks, cattle, sheep, horses—and their cultural palate has been influenced by both Chinese and Russian cuisine.

Dairy products are fundamental to the Mongolian diet, and are highly regarded because of the belief that milk denotes purity, kindness, and unselfishness. Common dairy products include dried curd (aaruul), thick cream (urum), and soft yogurt (kefir). Suutei tsai is a traditional Mongolian milk tea, flavored with salt and served with most meals and snacks. Of course the dairy staple of Mongolia is airag, a traditional fermented milk beverage. Traditions of Mongolian hospitality suggest that each visitor be welcomed with a bowl of airag. Rejecting the bowl is considered impolite, but having a small sip and returning the bowl is acceptable.

Americans think they know “Mongolian Barbecue,” but boodog is the real thing, usually goat or marmot cooked over hot stones. Bantan is a creamy soup of meat and bread crumbs. Boortsog is a triangle-shaped doughnut dessert, while buuz is a meat-stuffed dumpling.

How To Get Around In Mongolia

Only 5000 kilometers of paved road exist in Mongolia. The rest of the driving surfaces are irregularly maintained dirt, so transportation can be a challenge.

These exist in larger cities (look for stations in city centers), but their ability to travel between cities is limited.

Taxis are available in many cities, but most sites of interest lie outside their range, or are well off the main roads.

For-hire minivans and Jeeps are the two most often utilized means of cross-country travel. They can be hired from private individuals, and are likely to be shared among various customers for each journey. Minivans are privately owned, and will not depart for any destination until they are full (think sardine-can full). Most minivans simply park at the central marketplace of any city, and wait for customers to appear. The more passengers, the sooner it may depart; if the van does not fill up, it’s possible it may never leave at all. Mongolian travel is an adventure, and it’s always recommended to bring your own food and water for any vehicular travel. Once a full vehicle is underway, stops are not frequent.

For Americans, Mongolia lies half a world away, though the idea of our world having “gotten smaller” is readily proved by available travel opportunities to Mongolia. Whether touring natural wonders or investigating ancient cities, hiking tall mountains or fishing clear running streams, even the most experienced traveler will enjoy the world of exploration and adventure Mongolia offers.

Things to do in Mongolia

Trip Advisor: Things To Do in Mongolia

Things to do in Ulaanbaatar

Lonely Planet: Top Things To Do