What Is Shotgun Gauge? 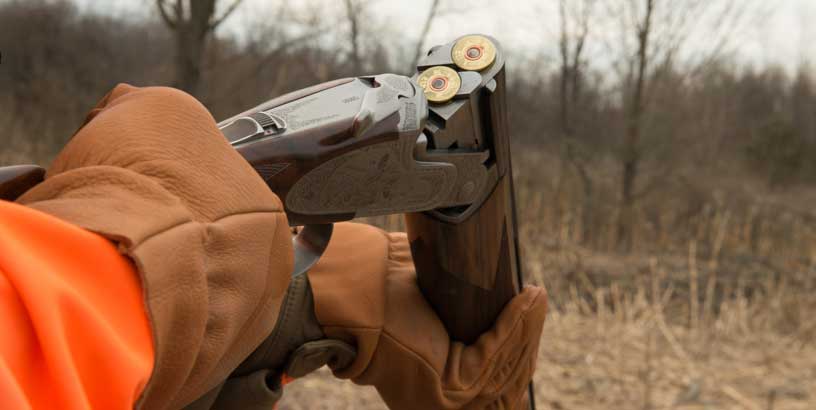 Shotgun gauge refers to the diameter of the bore, or, more simply, the inside diameter of the barrel. The common gauges for upland hunting and clays include, in descending order of size, 12, 16, 20, 28, and .410. The 12 gauge gun is likely the most common shotgun in existence. It is versatile, practical, and appropriate for hunting virtually any species of North American upland game, as well as participation in sporting clays, trap, and skeet. But what does the ‘12’ in 12 gauge refer to?

Gauge refers to the weight of a solid ball of lead that might fit perfectly in the bore of a shotgun, expressed as the inverse of said ball’s weight as a fraction of a pound. For example, the sphere of lead that perfectly fills the bore of a 12 gauge shotgun weighs 1/12 of a pound. In turn, 12 of these lead balls add up to a pound in weight. The lead ball that fits perfectly in a 20 gauge bore weighs 1/20 of a pound. This measuring system holds true all the way down to the diminutive .410, which is actually a measurement of caliber (i.e., a direct numerical measurement of bore diameter, expressed as .41 inches). Gauge measurements stem from the days of cannon balls, when something such as an ‘eight-pound cannon,’ or ‘eight-pounder,’ fired a round ball weighing eight pounds.

Gauge has varying degrees of efficacy when it comes to hunting; it often requires a correlative look at the other specifics of a shotshell, namely length and shot size, to articulate the shell’s appropriate use. A 12 ga. gun, though often considered ‘bigger’ than a 28 ga., can in fact be both lighter in the hand, less punishing from a recoil standpoint, and more suited for small and thin-skinned birds than its ‘smaller’ cousin. That said, when comparing a 12 ga. shell to a 28 ga. shell of equal length and shot size, the 12 will contain a greater number of pellets, due to its greater volume.