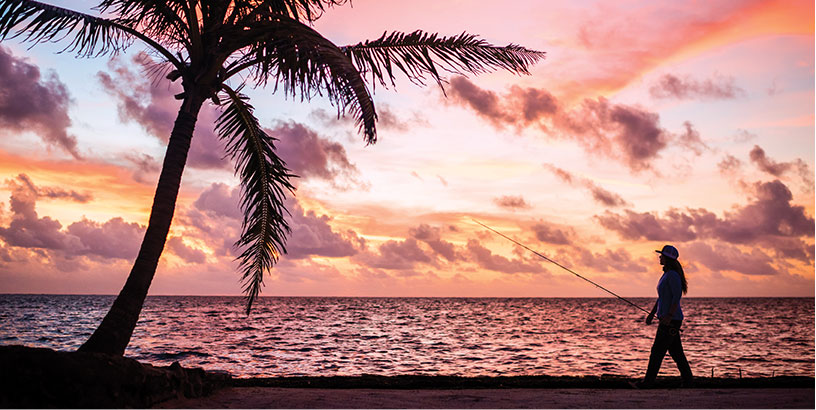 Belize, formerly British Honduras, is a tiny country, slightly larger than Massachusetts. It is located on the eastern coast of Central America, tucked just below the Yucatan Peninsula, bordered by Mexico, Guatemala and the Caribbean Sea. Though it seems exotic and faraway, it’s only a five-hour direct flight from New York, or less than half that from Dallas/Fort Worth, Charlotte, or Miami. You can also get there by driving through Mexico.

Why Travel To Belize?

If you enjoy nature and participating in a wide variety of outdoor activities in a warm, breathtakingly beautiful, biodiverse environment, Belize should be on your short list of vacation destinations. It’s a relatively unknown haven for sun-starved travelers that doesn’t attract swarms of tourists compared to other “tropical paradise” locales.

Belize’s 240-mile Caribbean coastline is longer than the state of Maine’s. It includes beautiful beaches as well as marshland, lagoons, and saltwater flats which harbor a plethora of wildlife, making it ideal for fly fishing. Offshore is the largest barrier reef in the Western Hemisphere, the Belize Barrier Reef, a diverse ecosystem dotted with hundreds of low-lying tropical islands called cayes (pronounced “keys”). It also has three coral atolls.

Inland, more than half of Belize’s western land area consists of dense tropical jungle, most of which is part of a network of national parks and wildlife sanctuaries. Much of Belize’s jungle region remains unexplored and includes rainforests, beautiful mountains, mysterious artifact-filled caves, towering waterfalls, and remote meandering rivers. Moreover, it is home to 900 ancient Mayan sites as well as vibrant present-day Mayan Villages.

In addition to its natural beauty, Belize combines the best of Latin American and Caribbean culinary and cultural traditions. Its inhabitants are a diverse mix: Belizean, Creole, Mestizo, Garifuna, Mennonite, Chinese, Arab, and Mayan, as well as a growing community of expats from around the world. They are friendly and welcoming with a low-key, laid-back attitude, yet like to have a good time. And everyone speaks English!

Belize has a comfortable tropical climate, depending on the time of year and where you are in the country. Coastal sea breezes moderate summer heat (86°F on average) most everywhere. Winters can be cool but not cold, rarely falling below 60°F. Humidity is consistent at around 85 percent.

Most people will tell you the best time to visit Belize is during dry season, late November to mid-April. This is also considered high tourist season which means more people. If you want to go when it’s quiet, consider visiting during rainy season—June through November. Though there will be some drenching showers, it will still be warm and sunny a good deal of the time.

Timing also depends on what you want to do while you’re there. For example, the ocean is calmer during summer months which some people prefer for sea kayaking and scuba diving. In addition, you might want to time your visit to coincide with certain events. For example, if you want to dive with whale sharks, you can only do so in Placencia from March until June, and during a full moon.

Getting Around In Belize

Because of its small scale, its well-organized road system, and reliable public transportation, Belize is a relatively easy country in which to get around, which means you can see and do a lot in a week. The islands and Barrier Reef are also accessible via ubiquitous water taxis. Towns and villages are all small enough to cover on foot but taxis are also readily available. Bicycles and golf carts are available to rent in many areas as well.

First-time visitors will be attracted to Belize’s extensive and unique coast which offers a multitude of incredible scenery and wildlife as well as a myriad of opportunities for watersports. The main attraction, the Belize Barrier Reef, is actually a series of coral reefs running the entire length of the coast just off the mainland. Much of the reef and the adjacent cayes and atolls are protected as a natural preserve which has been designated as a World Heritage site because of its natural beauty and ecological importance. Coastal destinations offer many opportunities for active vacationers:

A short distance away from the coast, Belize features pristine wilderness including lush, impenetrable jungles, sweeping mountain ranges, meandering rivers, and spectacular caves. Exotic and diverse wildlife abounds. While many visitors are familiar with the fascinating Mayan archeological sites scattered throughout the region, fewer are familiar with its endless opportunities for active adventure seekers. The possibilities include:

Belize’s major population centers include Belize City, San Ignacio, Corozal Town, Orange Walk Town, Dangriga, and Punta Gorda. These small cities and towns offer a plethora of cultural and historical attractions. There are also numerous interesting, picturesque native villages scattered throughout the countryside where visitors are welcome. Interesting activities in the cities include:

The local cuisine combines the best of Mexican, Caribbean, Spanish, African, and Mayan cuisines. One of the most popular dishes is rice and beans with beef, chicken, or seafood, cooked in coconut milk and accompanied by potato salad. As you might expect, fresh seafood is widely available, including fresh fish, lobster, shrimp, and conch, especially on the coast. Kriol-based dark stew chicken, stew beef and stew fish are other favorite local dishes.

Also known a San Pedro Town or Isla Bonita, Ambergris Caye is the largest island in Belize and remains unspoiled in spite of being the most popular tourist destination in the country. At 25 miles long and a mile wide, it’s a great jumping-off spot for exploring the reef, which is a half mile offshore. It features white sandy beaches, pleasant sea breezes, an amazing assortment of wildlife and a laid back atmosphere.

On the southern tip of the island is the Hol Chan Marine Reserve. This 6.5-mile reserve features incredible coral formations along with sea grass beds and mangroves which attract abundant and diverse marine life. It is located at the southern tip of Ambergris and is a popular spot for snorkelers and scuba divers. A particularly appealing spot is Shark Ray Alley where nurse sharks and southern stingrays tend to congregate.

This island—Belize’s first National Park, and the first marine protected area in Central America—is located at the southeast corner of the Lighthouse Reef atoll. It is a popular destination for scuba divers, who are attracted by the spectacular exotic underwater marine life. Furthest away from the mainland, this island is a long-established bird sanctuary and home to a colony of red-footed boobies. The island features special platforms for bird-watching. Other wildlife includes two rare lizard species and several endangered species of turtles who go ashore to nest there.

Another famous attraction nearby is the Blue Hole Natural Monument otherwise known as the Great Blue Hole, a massive, 400-foot deep underwater sinkhole near the center of Lighthouse Reef. It is an ancient vertical cave in the ocean that harbors an amazing collection of marine wildlife, making it a popular destination for snorkelers and scuba divers. This natural monument is so large and striking, it can be seen from space.

Consisting of a 16-mile-long, narrow peninsula of enticing sandy beaches, dotted with resorts, restaurants, and shops, this is one of the most popular destinations in Belize, for good reason. It also offers year-round saltwater fly fishing and whale shark watching June through September. Its inland-side lagoon is ideal for kayaking or canoeing, where wildlife abounds, including manatees, dolphins, crocodiles, and birds.

This is the oldest and largest nature preserve in the spectacular Cayo District of southern central Belize and features a hilly, fragrant pine forest, which is an interesting (and possibly welcome) contrast with the adjacent tropical lowland vegetation. In addition to hiking throughout the preserve, you can swim in the pools below the Big Rock Falls, an incredible 150-foot waterfall on the Privassion River. Explore the incredible and vast Rio Frio Cave located in the preserve.

Also known as the Jaguar Reserve because it is home to Belize’s five species of wild cats. A birdwatcher’s paradise, Cockscomb Basin is home to 300 bird species. A 128,000-acre preserve featuring hiking trails, rivers for canoeing, and waterfalls, it is only a short drive from Placencia.

Just outside of the capital city of Belmopan, this 50-acre preserve features fascinating tropical vegetation and birdwatching via maintained hiking trails. There are several large Guanacaste trees, a.k.a. “Elephant Ear Trees,” a flowering species characterized by its immense proportions and wide-branching crown. These trees harbor other diverse plant life including orchids, bromeliads, ferns, cacti, vines, and lianas.

This is a 300-year-old, 16,400-acre preserve featuring an astounding number of rare bird species. The terrain includes sprawling lagoons and marshland which shelter a variety of other exotic wildlife. You can explore the reserve by foot, canoe, or on horseback.

There are many fascinating sites to explore scattered throughout the inland part of the country, but here are a few of the most popular and famous:

What Are You Waiting For?

For those who seek an active, adventure-filled vacation in an incredibly beautiful, warm place, Belize is a great choice. But what makes Belize even more appealing is that It’s easy to get there and it’s easy to navigate once you’re there. Not only is it a very welcoming, laid back country where everyone speaks English, it also boasts an extensive road network connecting most areas of the country and reliable public transportation.

While Belize offers some of the modern conveniences of home, it couldn’t be more different. In addition to the biodiverse coast, jungles, and rainforests, its indigenous polyglot population, and a culture that straddles the ancient and modern worlds, it is a unique and exotic destination you won’t soon forget.

What Do I Need To Travel to Belize?

10 Places Not To Miss When You Visit Belize

Visiting Belize - What To Pack?